I’m looking for a model plane…

Update: as of 2013 some addresses have changed – please see below!

When I was planning my trip to Hong Kong, the only shopping I planned for was camera equipment, and possibly some model trains. One of the hobby stores that I found online was 80M Bus Model Shop, with a number of branches throughout Hong Kong. While looking for one of them, I came across another interesting looking shop across the aisle. 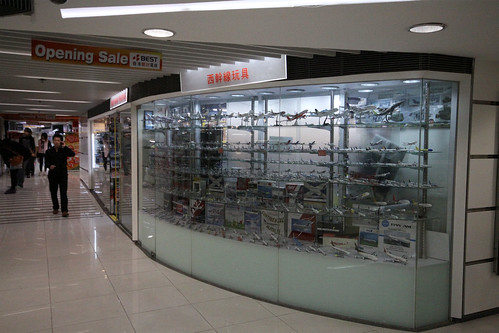 Once stepping inside, it was an Aladdin’s cave of diecast model aircraft. 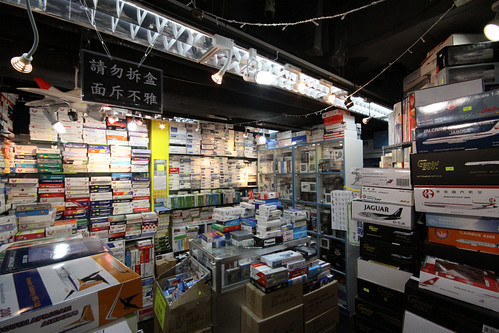 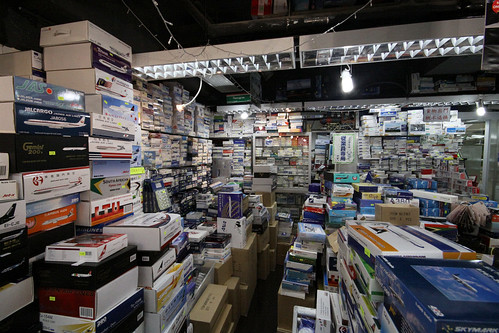 I had no luck with finding the name of the store, as all the signage was in Chinese, but one of the shopkeepers spoke some English. Thankfully airline names and plane model numbers are pretty much the same between all languages! From their business card I discovered their name is West Main Toys: their website has a very extensive online store, with everything in English. 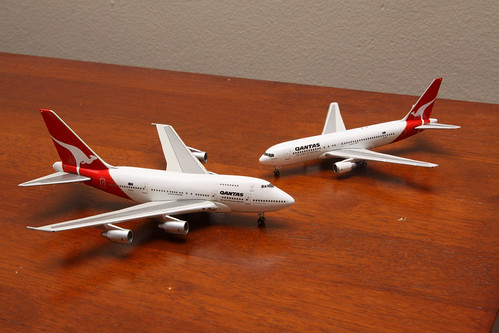 The first model (rego VH-EAA) reminded me of the first flight that I made anywhere: flying into the old Kai Tak airport at Hong Kong in 1998, and our free upgrade to business class on the way back to Australia. Unfortunately I didn’t note down which 747SP I travelled on – at least there are only two to pick from, VH-EAA and VH-EAB. The 767-200 (rego VH-EAL) was an impulse buy: it was sitting next to the 747SP, when I realised that particular jet was named “City of Geelong” I just had to get it.

Deciding on the models was the easy part, finding them was another. Among the piles of models the shopkeeper was unable to find a boxed model of the 747SP in the livery I wanted, after about 10 minutes of searching the entire store we gave up, with me taking home the display model from the window instead.

I also bought two more models from the 80M Bus Model Shop, a Lockheed L1011 Tristar and a Boeing 747-400, both in the Cathay Pacific “lettuce sandwich” livery. These models are in 1:500 scale, and from the Cathay Pacific ‘CXcitement’ range of collectables. 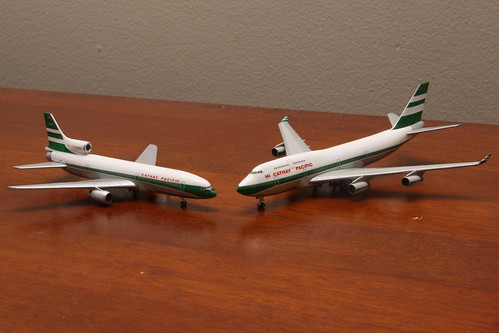 West Main Toys are at shop 250A on the second floor of the Pioneer Centre, Nathan Road, Mongkok. 80M Bus Model Shop is now on the 3rd floor of the same building (level 2 was their old store). The West Main Toys website has a map on how to get there from the Prince Edward MTR station, but for some reason they have north facing downwards instead of up.

As of my 2013 visit to Hong Kong, the location of West Main Toys has changed – it is now around the corner on Sai Yeung Choi Street South.

1 Response to I’m looking for a model plane…