Milk seems to be a difficult product to track down in Hong Kong. During my stay I had the urge for a nice bowl of corn flakes with milk: finding breakfast cereal wasn’t too hard at the local supermarket, but the milk aisle was a bit different to what I am used to seeing in Australia. 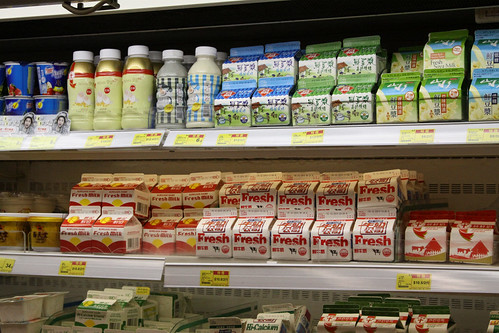 The selection isn’t too bad, but the sizes was unusual, with only 250 ml cartons available – to me that is just enough milk or two bowls of cereal. Kowloon Dairy appears to be one of the big milk companies, importing fresh milk from Guangdong (just across the China border) then pasteurizing and homogenizing it in their Hong Kong factory.

It turns out it was lucky that I was only looking for normal fresh milk. Someone else in Hong Kong went looking for low fat milk – while managing to find milk cartons that are the standard 1 litre in size, she also found the following curiosities:

And when I visited a larger supermarket, I had a similar experience – cartons of UHT milk from around the world 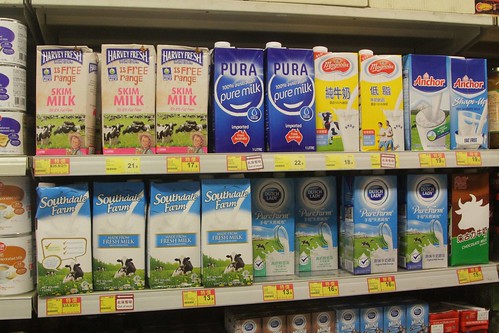 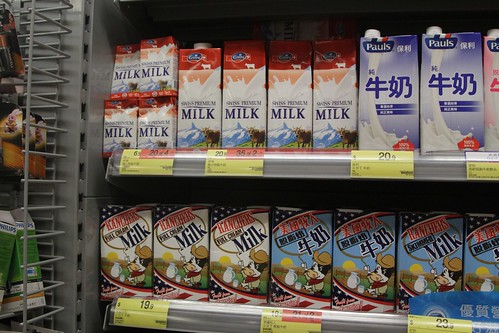 But not just one brand, or two. 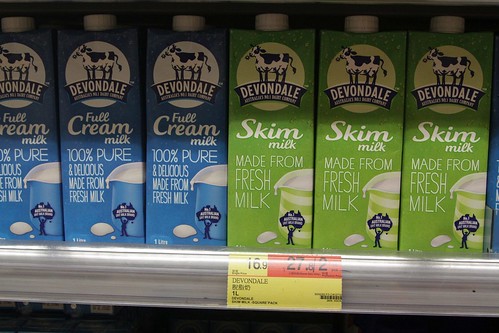 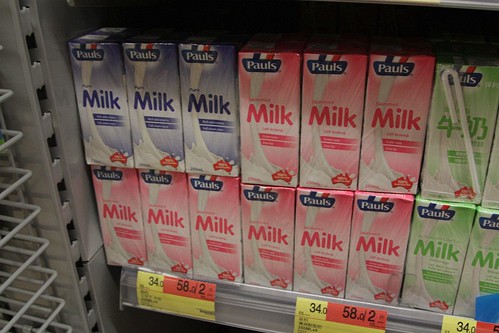 The takeaway message seems to be that Australia is the place to be if you love your milk.

Still on the milk front, another thing you will only find in Hong Kong (and Macau) is the Yee Shun Milk Company – they specialise in steamed milk puddings.

I’m not sure how they make the stuff, but to me the texture is like somewhere between yoghurt and custard, and with a subtle milk flavour. I’m a crap food reviewer, but there is an endless list of blog posts where people rave about how good these milk puddings are. I always went for the plain steamed milk with ‘film’, but they also offer other flavours such as chocolate, and coffee. 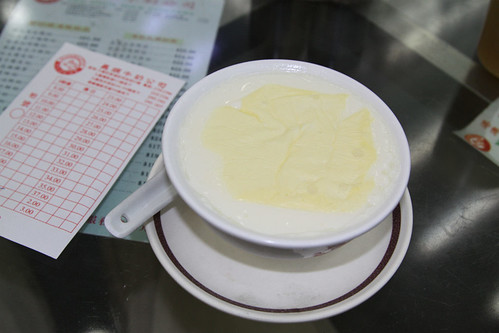 My first taste was with my Dad in Macau: we stumbled upon them while looking for the Ruínas de São Paulo. The Macau store was their original location, and according to my Dad the milk puddings from there taste better than those back in Hong Kong – something in the water perhaps?

Back in Hong Kong the Yee Shun Milk Company have a number of stores both on Hong Kong Island and in Kowloon: Just look for the cow logo out the front, and the display fridge full of puddings in the front window. I found three just by wandering around the streets: in Mongkok, Yau Ma Tei, and this one in Jordan. 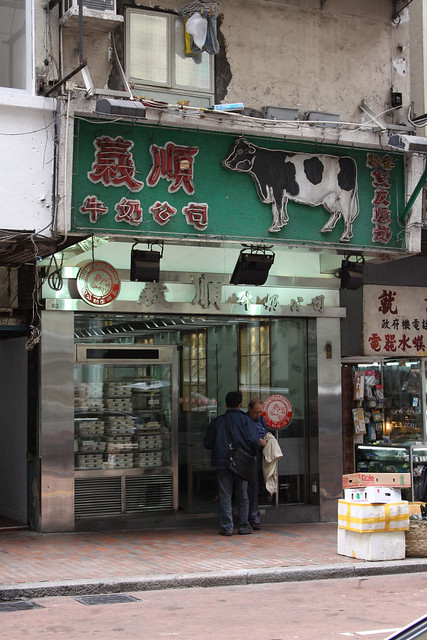 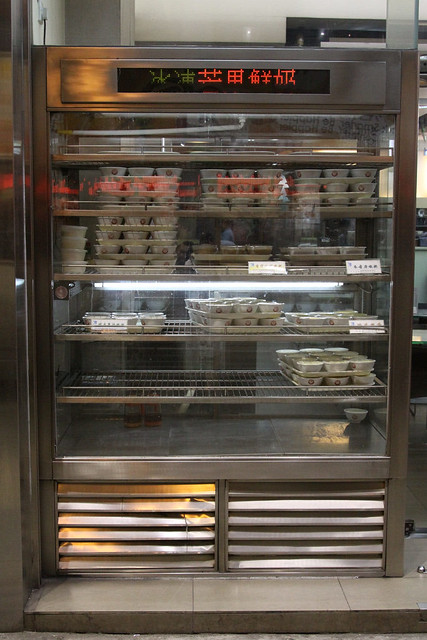 The menu sitting on the table is in Chinese, but they will bring out an English version if you look like you need one. I’m guessing it is sugar in the packets?

Once you have ordered they just grab a pudding out of the fridge, and bring it to your table, circling the spot on the receipt to show how much you need to pay at the register on the way out. Like most small restaurants they are a cash only operation. 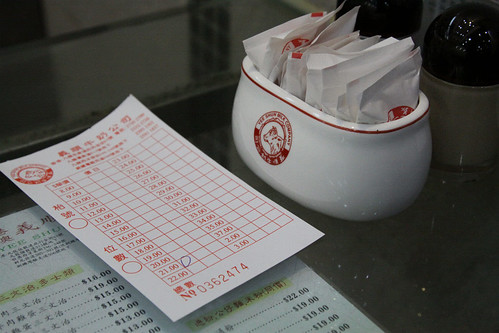 In the end, I would be happy to walk down the shops every day for milk to go with my cereal, if it meant I could have another of those milk puddings! For those of you playing at home, the addresses of their stores are found here. The ones I visited were:

In 2021 a Hong Kong company started selling Coles and Liddells brand milk sourced from Australia without obtaining local import permission – and got in trouble for it.

This entry was posted in Everyday Life, Tourism and tagged dining out, Hong Kong, milk, restaurants. Bookmark the permalink.

2 Responses to Breakfast cereal, and the Yee Shun Milk Company