After taking a journey on a MTR train along the East Rail line, now it is time to see some real trains! The “Intercity Through Train” service is jointly operated by the MTR Corporation of Hong Kong and the Chinese Ministry of Railways, with the trains running express from Hung Hom station in Hong Kong to various cities in China.

Customs and border control formalities are carried out before boarding the train, with the entrance to the intercity platforms at Hong Hom station resembling an airport. 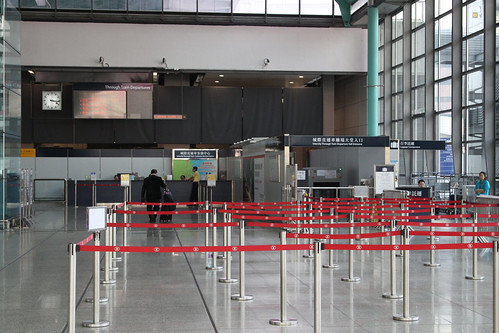 The platforms themselves are enclosed with wire fences, presumably so potential immigrants jumping onto a train in China can’t avoid the Hong Kong immigration checkpoint at the exit of the station! 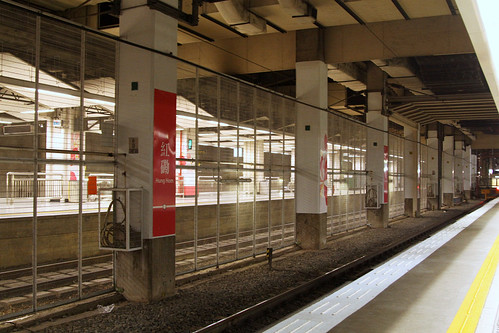 The same applies to the railway entrance, with security gates ready to close off the tracks once a train arrives into the station. 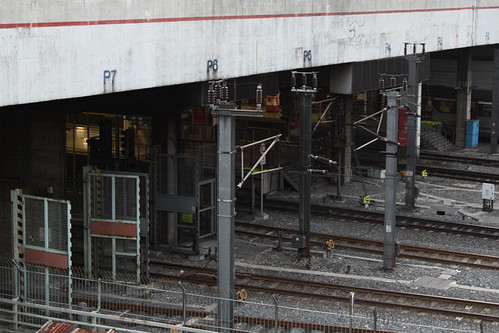 The most frequent intercity service is the “Guangdong Through Train”, which runs to the city of Guangzhou, around 1 hour and 50 minutes one way from Hong Kong; with some services extended to Zhaoqing, which is 4 hours from Hong Kong. The rolling stock for this service is provided by both rail operators.

The MTR contributes the single “Ktt” train set, a pair of electric locomotives operating in push-pull with a consist of double deck carriages. The train was built in 1997: I find the existence of a single unique train set rather odd, but I assume the KCR thought it through when they made the purchase. The Ktt runs are specifically mentioned on the public timetable, with both premium (‘better than first’) and first class travel available to passengers.

The pair of locomotives are based on the SBB-CFF-FFS Re 460 class of the Swiss Federal Railways, while the carriages were built by Kinki Sharyo of Japan to an design of unknown origin. Normal operations see 7 to 8 carriages in use, of the total of 12 carriages having been built for the train: the spare carriages are stabled in the Ho Tung Lau Depot at Sha Tin. During my visit in 2010 the entire train set was covered in advertisements for the Guangzhou Asian Games. 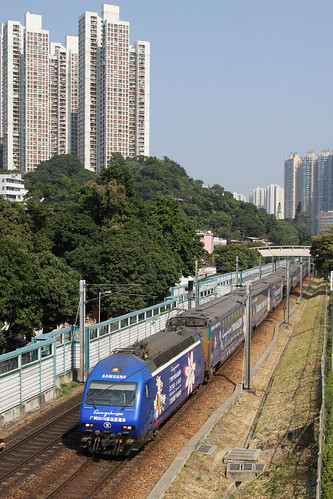 The remainder of the Guangdong Through Train services are operated with China Railways rolling stock by the Guangshen Railway, a Chinese state-owned enterprise. The SS8 class electric locomotives are the usual motive power, hauling a 10-car consist of “25Z” class carriages, capable of travelling at 160 km/h. Both the locomotive and carriages are at most 15 years old, with only one class of travel available: “soft seat” in the China Railways system, which is called first class elsewhere. 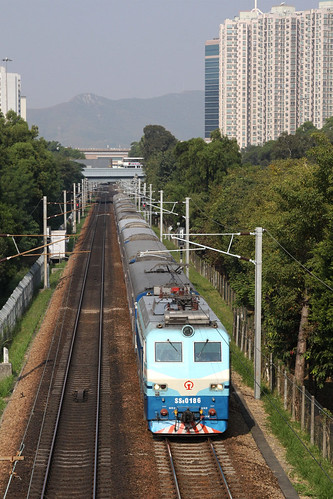 The consist has a power van at the north end, a luggage van at the south end, then seven sitting cars and a dining car somewhere in the middle. The carriages have a white livery with a blue band down the middle of the carbody, and a red stripe below the window line; and a grey roof. 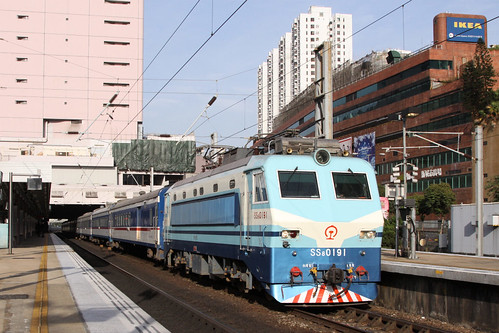 Apart from the SS8 electric locomotives, the older DF11 diesel electrics occasionally appear on the train – I spotted them three times during my visit, of the 20-or-so through trains I saw. 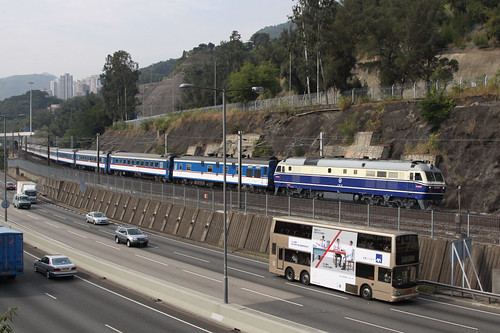 The other intercity rail service in Hong Kong is the sleeping trains to Beijing and Shanghai, which take 23 hours and 20 hours respectively to reach Hong Kong. These services run once a day but to alternating destinations: with the Beijing train leaving on odd days, and the Shanghai train leaving on the evens, at least until there is a month with an odd number of days, when they swaps over. Confused yet – the MTR need to keep a timetable on their website with just “odd” / “even” on it!

The same SS8 electric locomotives haul the Beijing and Shanghai trains, but long distance “25T” class carriage stock is used instead, with sleeping cars instead of sitters. The main spotting feature of the stock is the side skirts under the carbody. 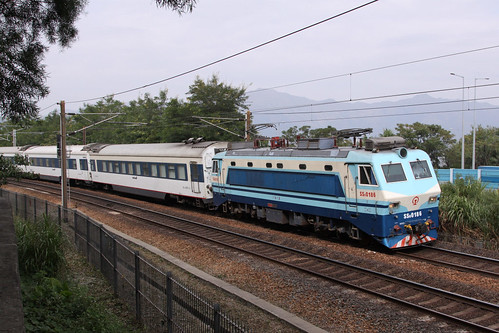 For those interesting in photographing the train, timekeeping of the services is rather touch and go: with the much longer journeys, there is much more opportunity for time to be lost along the way.

None the less, the express running of the through trains still needs to fit between the usual MTR services on the East Rail line. To achieve this overtaking moves can occur at stations with multiple platforms, such as this run through at Sha Tin station. 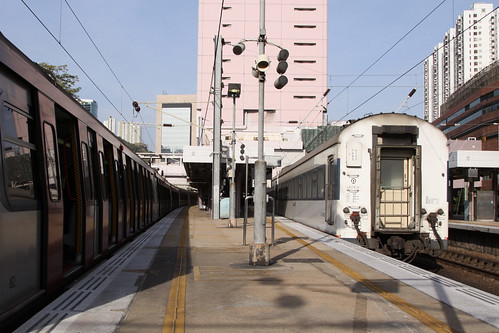 The non stop trains are still displayed on the platform indicators at MTR station, with a warning displayed to ensure passengers stand clear. Despite alternating between the English and Chinese version of whatever is on screen, you don’t need to be able to read Chinese to pick the warnings out: “Non Stopping Train” is the only one that uses five characters on one line. 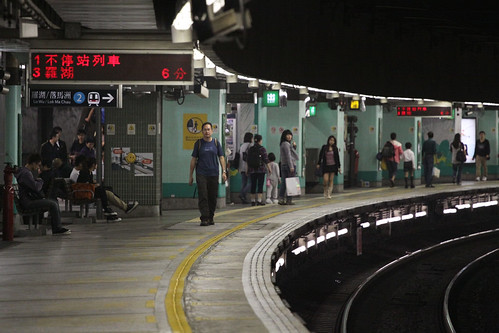 Whoever thought you could combine railway photography with a foreign language lesson?