A few months ago I pointed out the store in Hong Kong from which I bought some model planes, but what about model trains? I had two hobby shops suggested to me.

The first was Concorde Hobby Shop, a short walk from Sham Shui Po station on the MTR, their address is No. 331 Lai Chi Kok Road, Sham Shui Po, Kowloon. You can find their website here. 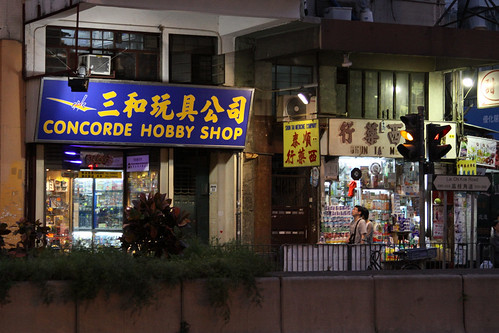 This shop is more than just model trains, it also carries items from a number of other hobbies. Their railway range was mostly products from overseas, the only local prototype was a small selection of China Railways models from the HO scale Bachmann China range.

In N scale they had a small selection of Atlas, Japanese and European models – nothing I couldn’t buy elsewhere. One thing I did end up buying was a few sets of N scale trucks and construction machinery, each being a set of 12 different vehicles as I described here. 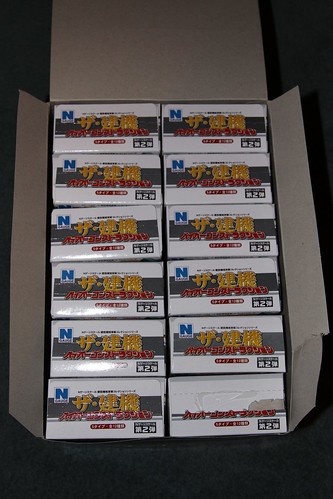 The next hobby shop I visited was Lee Kwon Hobbies, located at No. 36-40 Temple Street, Yau Ma Tei, Kowloon ,a short walk from the Yau Ma Tei MTR station (the shop actually faces the side street). Their website can be found here. 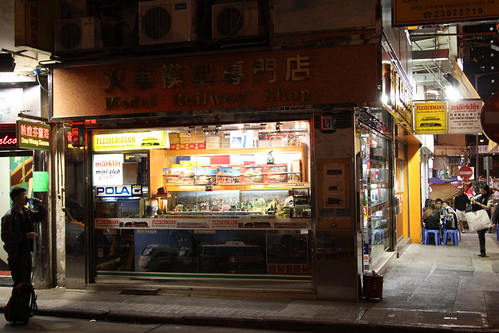 Unlike Concorde Hobby Shop, Lee Kwon Hobbies specialises in model railways, stocking mainly European models from the likes of Fleischmann and Roco, but a bit of the Bachmann China HO scale range. They did have a few Australian surprises in their window, including a Trainorama 49 class loco, a box of Columbia Models NOFF open ore wagons, and a few more Australian locomotives inside. 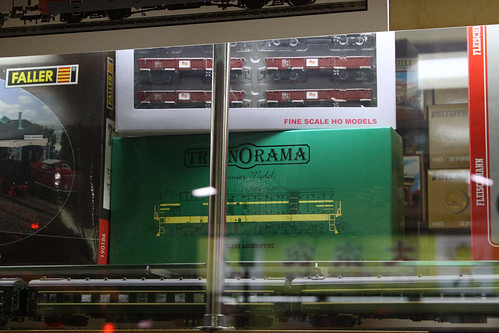 The final place to visit is 80M Bus Model Shop – they have a half dozen different shops across Hong Kong. As the name suggests they specialise in model buses, but do carry some model trains.

The most interesting model their carried was this HO scale static model of an MTR A-Stock EMU, as used on their Airport Express line. With proper glazed windows and a neatly applied livery, they look mass produced except for the rather sloppy join between the cab and main carbody. 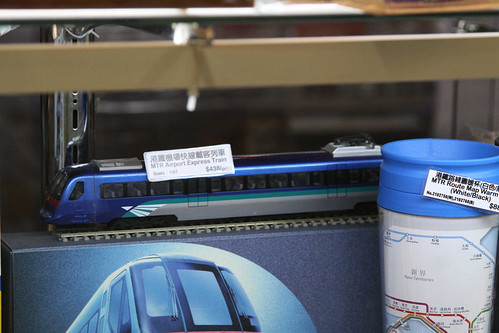 At another store I saw the same model but in the Tung Chung Line livery, and at the Hong Kong Railway Museum I saw a 3 car long train on display, made up of a number of similar looking carriages, the trailer cars being the same but with the cab removed. Unfortunately the price tag for building up an entire 7-car train would be rather steep – a single carriage is $438 HKD (around $60 AUD).

A more affordable model is the diecast version offered by the MTR souvenir department. In approximate N scale (1:160) these models go for around the $130 HKD mark (or $17 AUD) and came in a number of different versions – from left to right:

The models weight a ton since they are die cast metal, and they all feature pad printed windows and paintwork. With metal wheelsets and pivoting bogies, it appears that the models will run on standard N scale track, but I have none on hand to check.

My favourite is the original M-Train EMU – there is something about 1980s railway liveries that I love. Unfortunately the A-Stock EMUs look rather toylike, as they ride slightly higher than the other types.

I assembled the entire collection after visiting a few different branches of 80M Bus Model Shop – the A-Stock EMU comes in the small box, with the K-Stock and M-Train EMUs come in the bigger one. 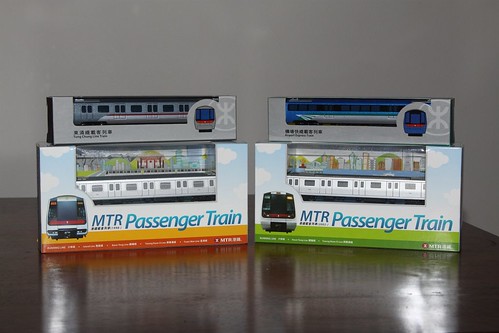 And more model railways shops in Hong Kong that I’m yet to visit:

Between them a small variety of China Railways prototype models are stocked, alongside Japanese and continental Europe prototype.