Twelve carriages, a few thousand passengers, but who says go?

Heading back to the MTR East Rail theme from a week ago, lets see how the MTR manages to operate an intensive rapid transit service on a railway alignment that dates back 100 years. East Rail is the last MTR line without platform screen doors or gates, and when added to the massive size of the trains – 12 carriages and 290 metres long – how does one know when it is safe for a a train to depart?

The main challenge of the MTR is the sheer number of passengers that use the line, with huge crowds of intending passengers forming at major interchange stations – each train has a total capacity of over 3700 passengers. 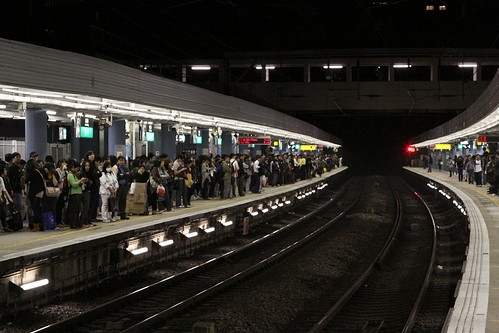 Making things even worse is the curved platforms at the majority of stations, making looking down an entire 12-car long train impossible. University station has the sharpest curve, with Mong Kok East coming a close second. 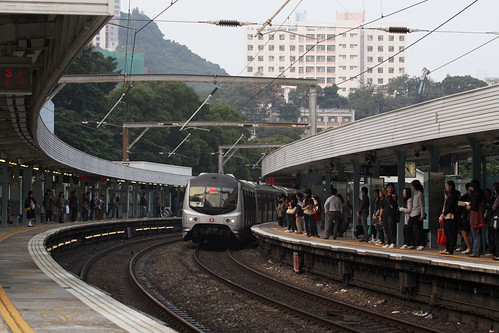 About the only redeeming factor for the line is the precision stopping of trains at platforms, and the common door spacing in all carriages. This has allowed queuing lines to be painted onto the platform, so that passengers can line up ready for the next train to arrive. 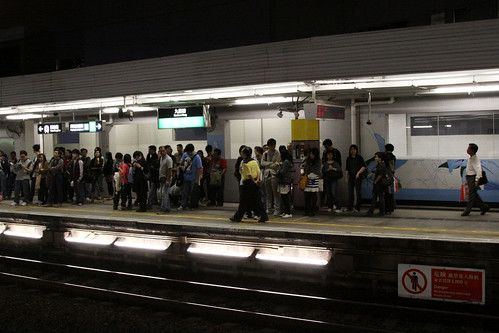 Around Australia there are various systems used to clear trains for departure.

In short, a railway can provide a second person on every train to work the doors, or provide some form of system so that the driver can do it themselves. The Melbourne experience seems to suggest that the second method does not scale well when platforms get busier.

So what does the MTR do with the heavily used East Rail line? Each of their EMUs operate with only a single train operator who drives and closes the doors, but staff are positioned on platforms to determine when it is safe for the train to depart. 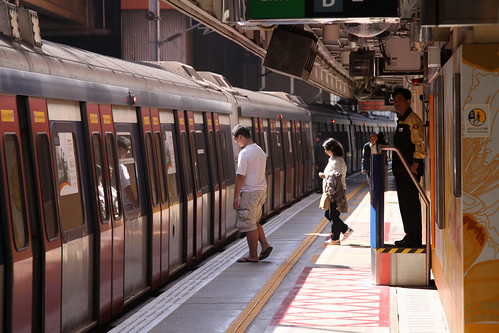 To assist with passenger flows during peak times, the busier stations have additional platform attendants located near the main entrances to the platform. Their task is to hold up a ‘stop’ sign to arriving passengers, in an attempt to prevent them from running at the doors just before the train is due to depart. 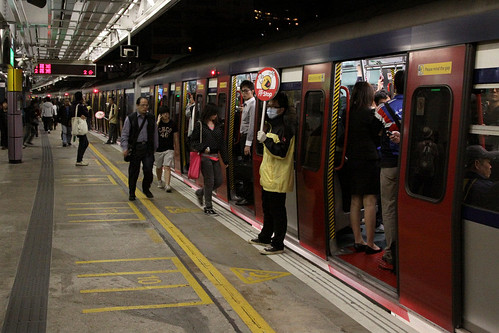 Each platform supervisor is in charge of train departures from their platform. They stand in the passenger area atop a podium, opposite a bank of CCTV monitors which are linked to an array of cameras located along the platform. After ensuring that the doors are clear via the CCTV monitors, they turn a keyswitch on their console, which then illuminates a ‘close doors’ symbol for the driver. 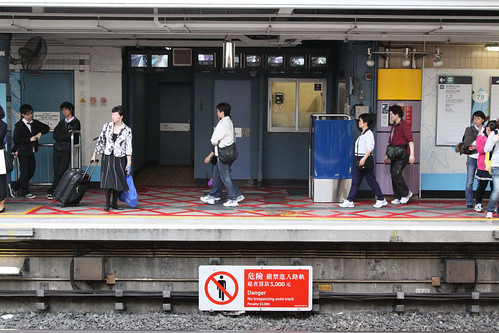 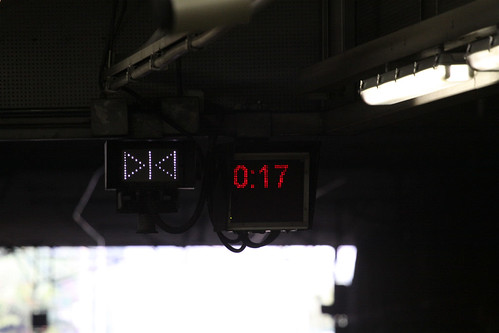 The indicators for the driver all come together beneath the departure signal – this signal has from top to bottom:

The yellow sign overhanging the platform edge is a stopping mark indicator – it took me about two weeks to work out what the sign actually meant, because I kept on seeing it as an odd looking XBox game controller, not an outline of a train! 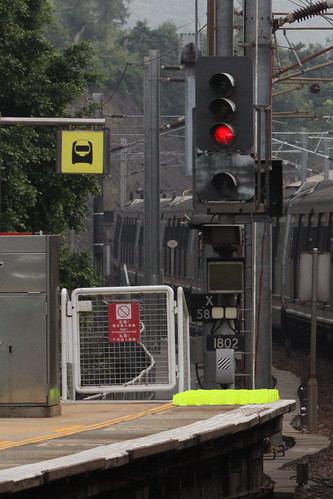 In all, the MTR East Rail line is an extremely efficient operation, with only a small number of staff needed to sure the safe transport of the massive numbers of passengers that use it.

9 Responses to Twelve carriages, a few thousand passengers, but who says go?