Railway signalling on the MTR underground

I have previously given a quick overview of the original MTR network, but what about the signalling that tells the train drivers where to go? (For the purposes of this article I am talking about the pre-merger MTR, made up of the Island, Kwun Tong, Tsuen Wan, Tseung Kwan O, Tung Chung and Airport Express Lines.)

The MTR network has very simple lineside signalling – the majority of signals that I found were at the departure end of platforms, such as the photo seen below. With left-hand running normally in use, the pair of signals suggest the section signalled for bidirectional operation. The red aspect on the right hand side signal is the universal symbol for stop, but the blue aspect is something rather different – “proceed according to ATO” – which I will explain soon. 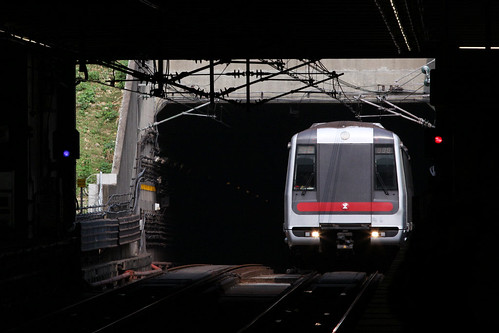 Home signals protecting conflicting moves are rare on the MTR, as most routes operate over an ‘out and back’ track layout, with few track junctions or crossovers. The junctions that do exist, such as this one at Sunny Bay station, are still protected with the same two signal aspects seen previously – red and blue. 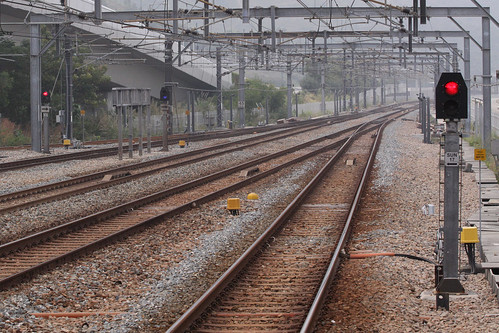 The simplicity of the signals is due to the use of Automatic Train Operation (ATO) – it removes the need for lineside signalling to display permitted speed or block occupancy for train drivers, instead informing a computer onboard each train of a safe speed to proceed at. This speed information is calculated by the ATO system after monitoring the location and speed of all trains on a line, and taking into account the need to maintain a safe distance between each. The trains receives the data via antennas located underneath the cab, the signals having been sent by radio transmitters located between the rails. 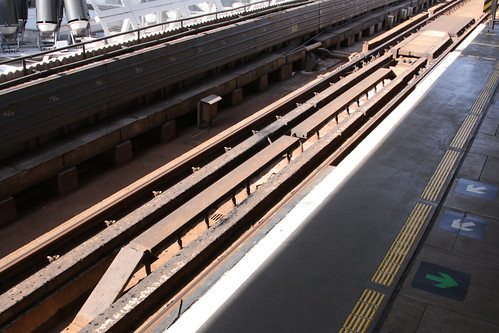 The speed information is displayed onboard the train by the speedometer: equipped with two needles, one shows the current speed of the train as per normal, while the second displaying the authorised speed for the train according to the ATO system. Enforcement of safe operation is carried out by the associated Automatic Train Protection (ATP) system, which will apply the brakes to a train if it exceeds the limits set by the ATO system. SACEM is the ATP/ATO system used on the MTR: originally produced by GEC Alstom, compatible equipment is also produced by Siemens and used on some lines. 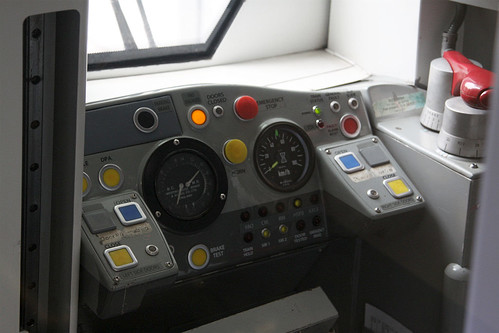 During normal ATO running the train will automatically accelerate and brake according to the received speed data, until it reaches the next station. The only human input required is the driver pushing the ‘start’ button on the console once the doors have been closed: for this reason the MTR calls their drivers “train captains” (列車車長). In recent years the Disneyland Resort Line has taken the level of automation a step further, taking over control of the doors and leaving the driver as a mere observer of the train. 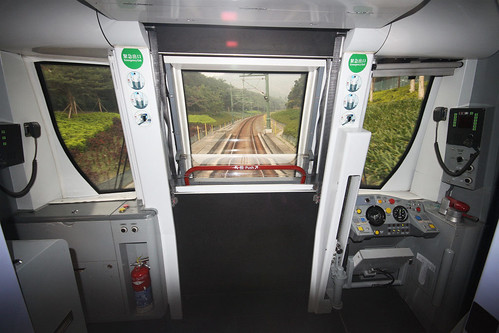 5 Responses to Railway signalling on the MTR underground