Travelling to the Tian Tan Buddha

The Tian Tan Buddha on Lantau Island is a major tourist attraction in Hong Kong, but the crowds visiting it are only a recent occurrence. Also known as the Big Buddha, the bronze statue was completed back in 1993 next door to the Po Lin Monastery, at the tiny township of Ngong Ping. 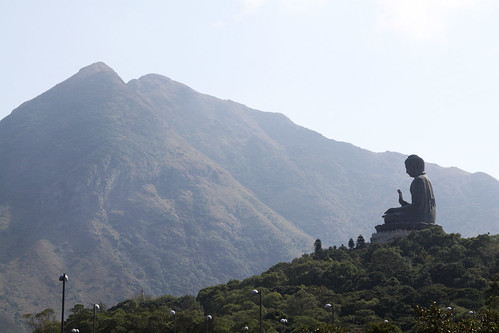 At the time of opening, reaching the statue from urban Hong Kong was quite a journey, requiring a ferry ride from Hong Kong Island to the township of Mui Wo, followed by a winding bus trip climbing into the hills of Lantau Island. Access was made easier when the Lantau Link was opened in 1997, providing a fixed road and rail link to the island as part of the infrastructure serving the new airport at Chek Lap Kok. 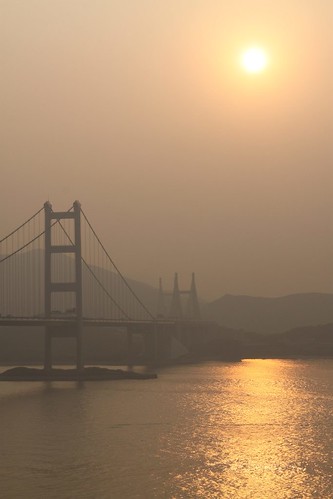 Catching a bus to Ngong Ping from the New Town of Tung Chung was slightly quicker than taking the ferry, but still involved a hair raising trip over the mountainous roads of Lantau Island. Thankfully for the nervous passengers, only single deck buses were used on the route, not the big double deckers seen elsewhere in Hong Kong. 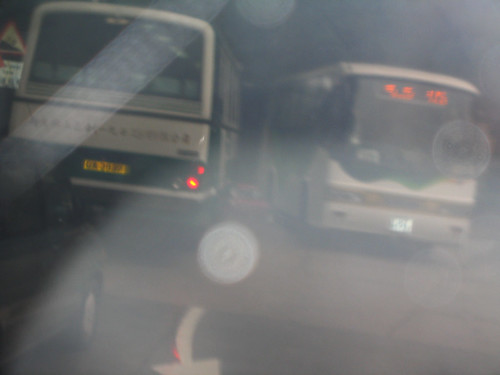 However, the real spark for the tourist market came with the opening of the Ngong Ping 360 cable car in 2006. After a few teething issues (including an empty cabin falling from the cable in 2007!) the cable car now carries a continual stream of visitors from Tung Chung to the Big Buddha. 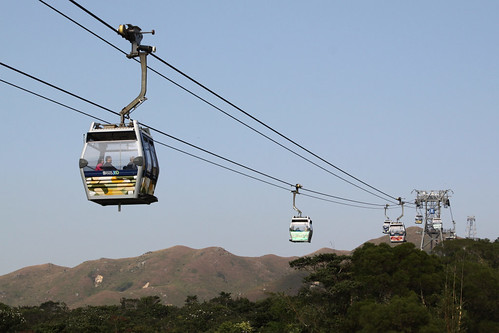 My first visit to the Tian Tan Buddha was in 2004, involving the winding bus trip from Mui Wo in one direction, and to Tung Chung on the way home. Back then the statue was still the main attraction, but the vegetarian restaurant at the Po Lin Monastery was the only other place of note at Ngong Ping. Today the restaurant still offers a delicious vegetarian mean for lunch, and the climb up to the statue is not any shorter! 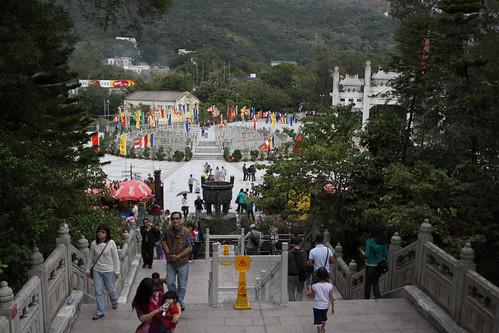 The choking clouds of burning incense smoke haven’t changed either. 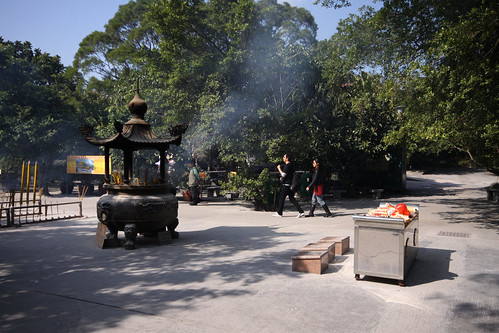 Once out of the gate things have changed, the forecourt having been prettied up with decorative arches and statues here, there and everywhere. 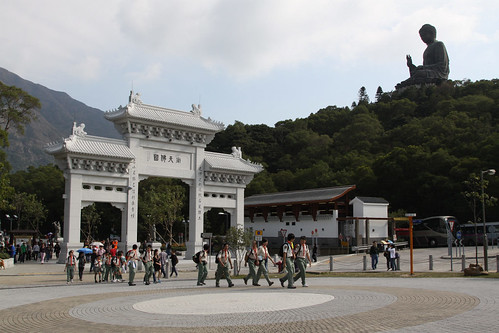 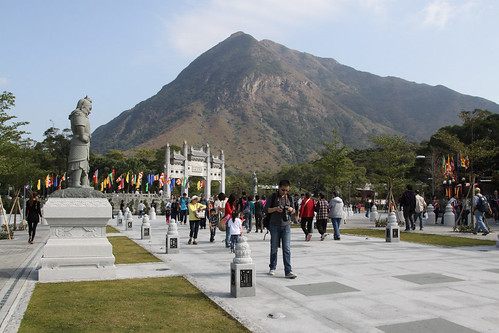 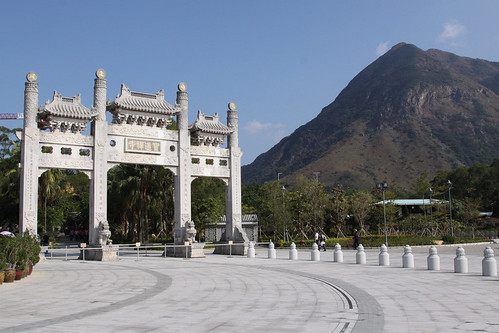 The monastery is also expanding, the tower crane marking where an even larger temple pavilion is under construction. 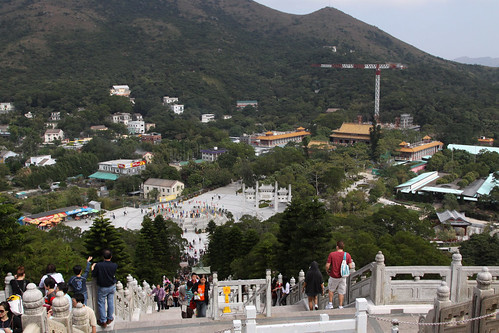 One would think this temple would have been big enough… 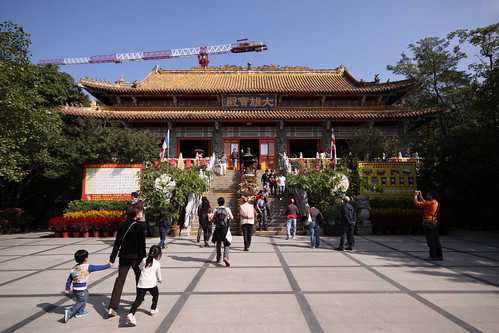 However, the biggest change at the Big Buddha is the ‘Ngong Ping Village’. Opened with the cable car and located between the station and the statue, the village is a typical tourist trap, with overpriced souvenir stores and restaurants, a theatre with some kind of 3D movie playing, along with the usual attractions you see. 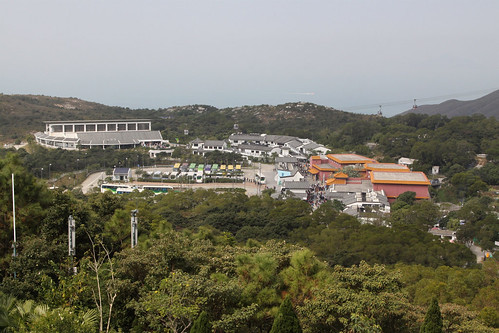 Thankfully, there are still a number of locally run convenience stores on the road outside where you can buy a cheap drink or snack. 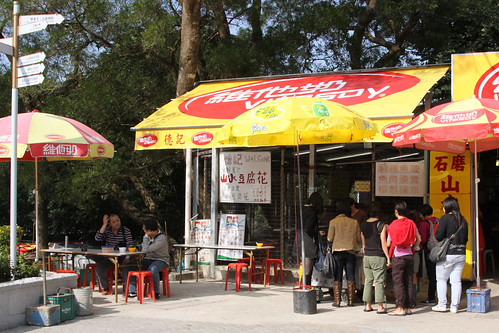 You’ll probably be trying to save your pennies to pay for the cable car fare – an article on the Ngong Ping 360 is coming up next.

3 Responses to Travelling to the Tian Tan Buddha