Hong Kong is a territory of many islands – 236 of them all up. The majority are uninhabited, a few have become part of the urban area, but a handful survive as tourist resorts – Cheung Chau is one of the latter.

Located about 10 km southwest of Hong Kong Island, it is a 30 to 60 minute ferry ride from Central, depending on the type of ferry taken – New World First Ferry is the operator. If you have the time to spare, economy class on the slow ferry is the best option: apart from the money saved, the windows in the saloon open which makes for clearer photos. 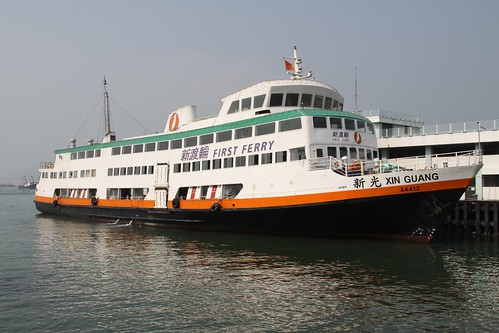 Once you arrive on Cheung Chau the first thing you will notice is the lack of cars: the entire township is arranged around a narrow grid of laneways, making it impossible for motor vehicles to get around. 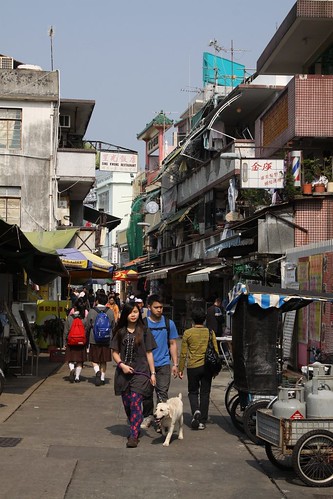 Bikes are the main mode of transport on the island, with many bike rental stalls located a short distance from the ferry pier. With Cheung Chau only covering 2.45 km² getting around is very easy: even if you don’t like riding uphill, a path along the coastline means you can see most of the island without breaking a sweat. 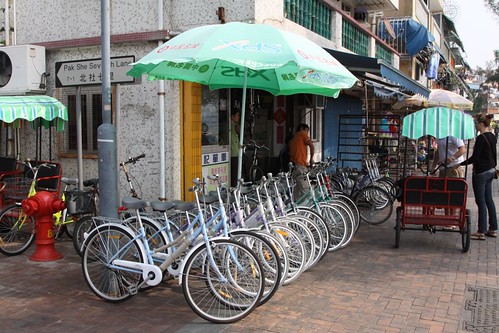 Unfortunately for local shopkeepers, bikes aren’t the best way to move goods around, so they have a fleet of motorised trikes (officially “Village Vehicles”) to cart their goods around. These trikes are also the only way of moving building materials to construction sites, making any excavation project a very time consuming operation. 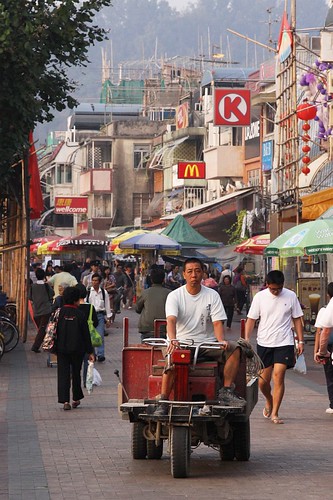 The only other motor vehicles on the island belong to the ambulance service and fire brigade: but even they need to have miniature versions to fit down the streets. 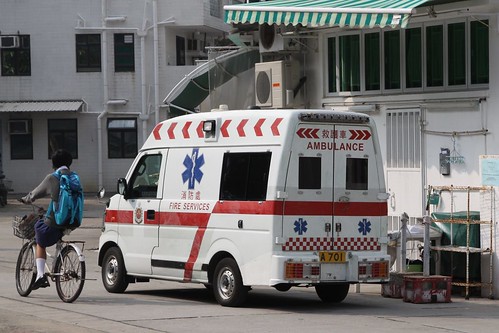 Cheung Chau is the most touristy of the outlying islands: the main street near the ferry pier features a McDonalds restaurant, along with 7-Eleven and Circle K convenience stores. 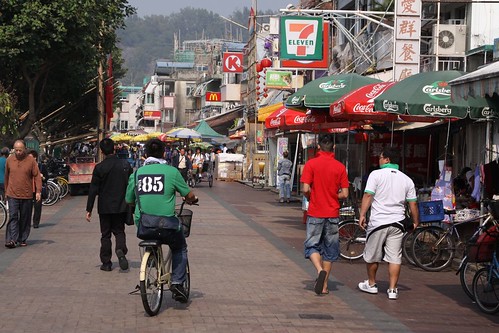 Thankfully there are plenty of locally operated seafood restaurants along the same street, which fill up with daytrippers during meal times. 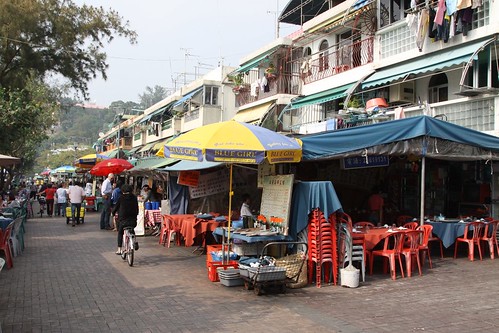 Much of the seafood served on Cheung Chau is caught locally, as the fleet of fishing boats moored in the harbour suggest. The harbour itself is enclosed by a stone breakwater, protecting boats from rough weather and typhoons. 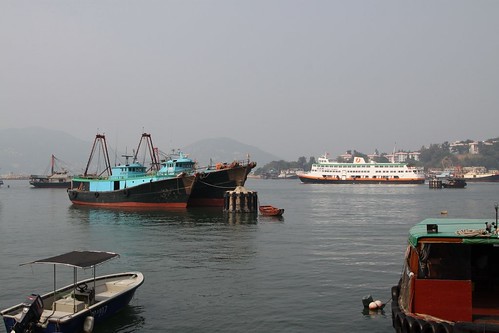 Beyond restaurants, Cheung Chau is also popular with local Hong Kong residents as a beach resort, at least in summer. Servicing this market are a large number of guest houses along the waterfront, the vast majority of which appear to be run by local operators, with only a dozen rooms at most. 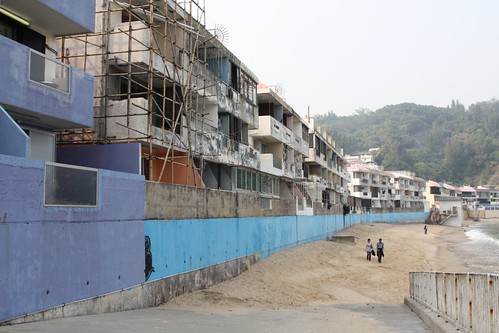 The beaches on Cheung Chau are located on the eastern side of the island: the main beach is located opposite the ferry pier after walking across the “dumbbell” of the island. There are also a number of number of surf beaches along the island, along with a windsurfing club – Hong Kong’s first and only Olympic medal was won by windsurfer Lee Lai Shan at the 1996 Atlanta Games.

The sand looks rather inviting by Hong Kong standards, but on a cold winters day you won’t see many people out in the water… 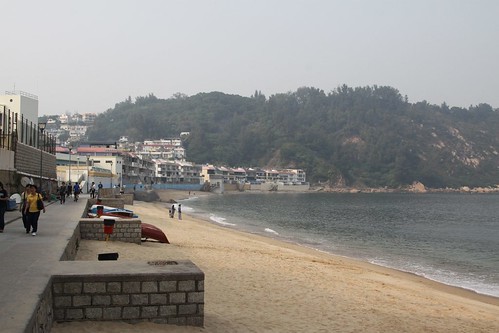 5 Responses to Daytrip to Cheung Chau