Of the railway museums that I have visited in Australia, the vast majority of them are only patronised by railway enthusiasts looking at the pretty trains. By comparison, the Hong Kong Railway Museum at Tai Po is rather different. 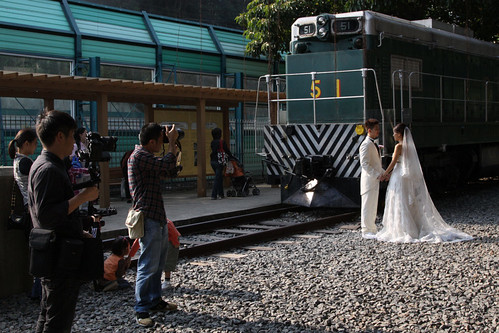 Wedding photography at a railway museum isn’t unheard of back home in Australia, but it usually involves a groom with an interest in railways, and a very understanding bride. Meanwhile in Hong Kong, it happens multiple times each weekend. 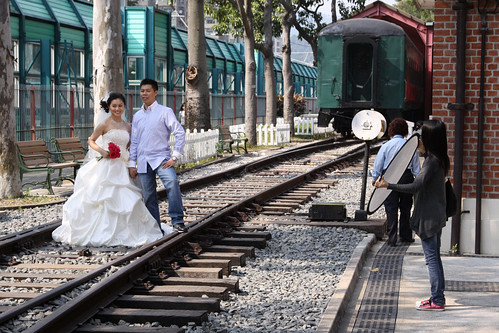 As a photo backdrop, visitors to the museum are not limited to weddings, with many young people visiting for graduation photos. 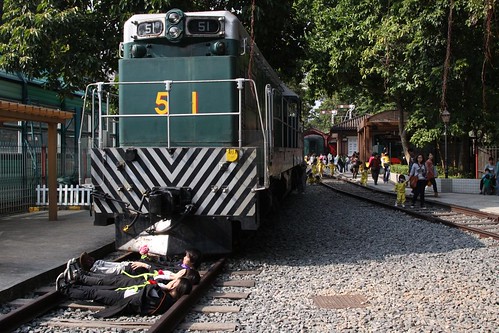 With the limited number of parks in the urban areas of Hong Kong, the museum is also a popular hangout for young people – there is no admission fee, and no one to ask you to move on provided you aren’t making a nuisance of yourself. 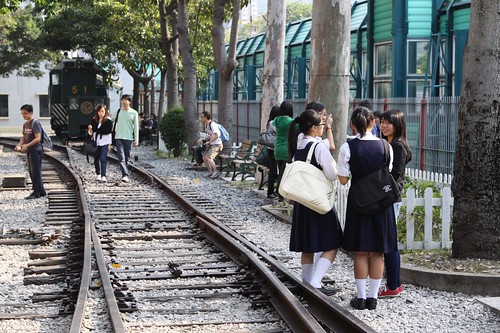 The museum itself is located beside the MTR East Rail line in the New Territories, at the former Tai Po Market railway station.

The original building at Tai Po Market opened with the Kowloon Canton Railway line in 1910, and being of indigenous Chinese architectural style is unique among the buildings on the route. After electrification of the line in 1983, it was replaced by Tai Wo station to the north, and the current Tai Po Market to the south. The museum itself opened in 1985, with minor changes made to the exhibits over the years. (Photo from Wikipedia) 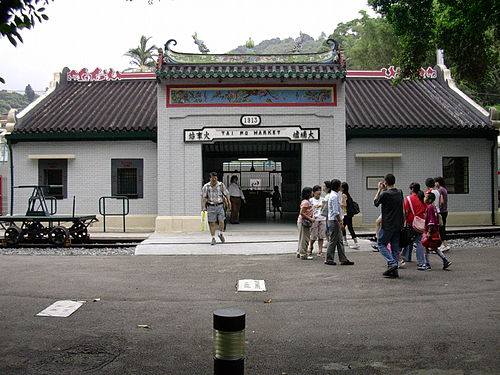 The main exhibit is Hong Kong’s first diesel locomotive: KCR 51, named “Sir Alexander” and delivered in 1955. Built by Clyde Engineering in Australia along with four classmates, the reminder of the fleet were retired in late 1990s and exported to Australia – I’ve posted details of the KCR diesel fleet previously. KCR 51 was restored in 2004 and placed on display.

The second locomotive on display is a W.G. Bagnall 0-4-4T steam locomotive, as used on the Sha Tau Kok narrow gauge branch. After closure in 1928, it many years in the Philippines hauling trains on sugar mill tramways, before it was brought back to Hong Kong in 1995 and restored. 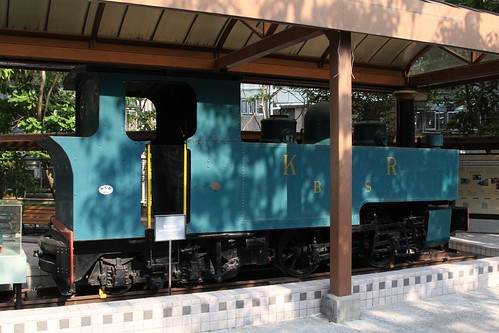 As well as locomotives, a number of former KCR locomotive hauled carriages are also on display at the museum, lined over two tracks underneath a roof. They are 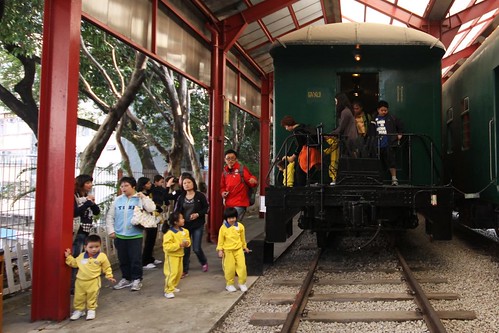 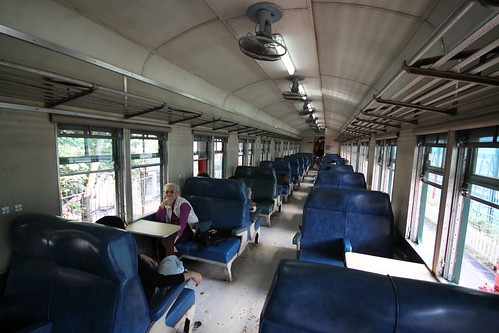 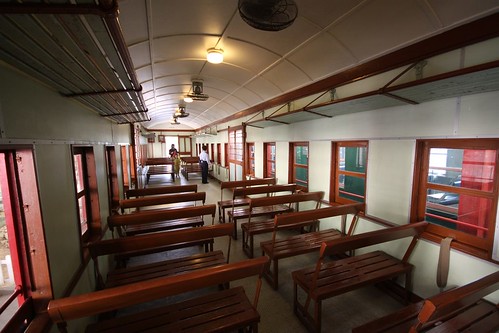 In the station building itself are a number of displays. The waiting room tells the history of railways in Hong Kong, from the construction of the Kowloon Canton Railway, to the Mass Transit Railway of today. 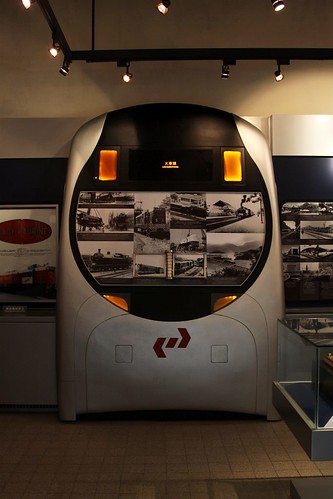 On the other side is a display of MTR and KCR model trains, and collection of Edmondson tickets used on the KCR before the introduction of automatic ticketing. 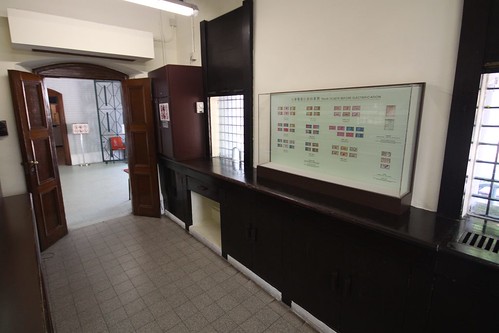 Across the hallway the station office and signal bay has a selection of old signalling equipment. As with the signalling used on the modern day East Rail line, the original railway also used safeworking equipment of British origin. 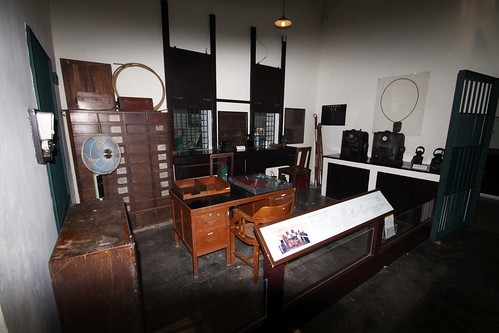 The lever frame used to control points and signals at Tai Po Market is of “double wire” design, and built by the Westinghouse Brake and Signal Company – identical equipment was used at a number of railway stations in Victoria, Australia. 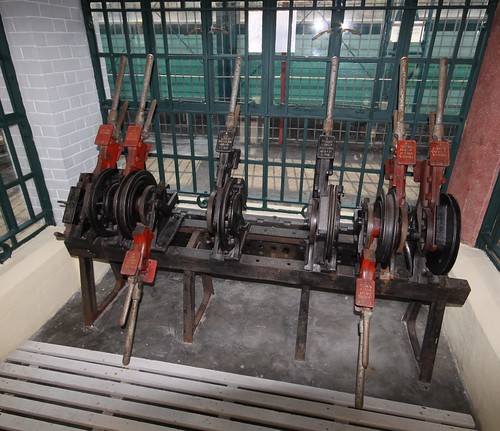 Progress of trains along the single line sections between stations was controlled using a token based system – this made sure only one train at a time was on the line, preventing collisions! Many different systems existed around the world for this purpose, the KCR used the Neale’s tablet token machine, again manufactured by Westinghouse Brake and Signal Company. 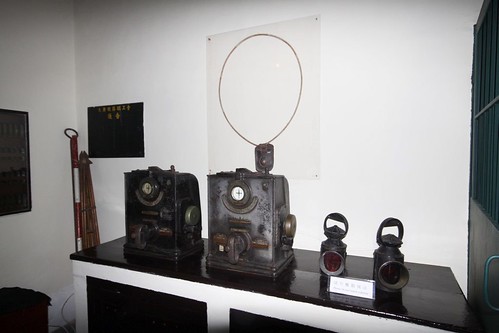 For a railfan the Hong Kong Railway Museum has a lot to see – it’s just surprising that so many normal people also find something that interests them. You can find details of how to get there on the official website.