Take a drive beneath Victoria Harbour

Until the 1970s, the only way to get between Hong Kong Island and Kowloon was to catch the Star Ferry, with cars and freight moving on the fleet of vehicular ferries that also plied Victoria Harbour (this undated photo is from Alan Chung on Flickr). 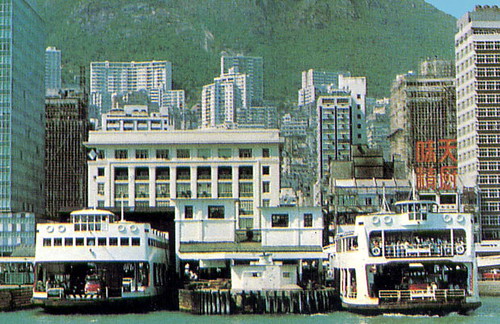 All of this changed with the opening of the first cross harbour tunnel in 1972, followed by the opening of additional tunnels in 1989 and 1997. Today these harbour crossings form an important part of the Hong Kong road network, linking the two sides of Victoria Harbour in all weathers. 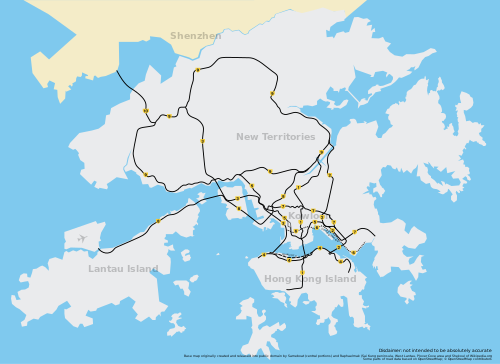 The first tunnel to be built was the imaginatively named Cross-Harbour Tunnel. Opened in 1972 and with two lanes in each direction, the 1.9 kilometre long tunnel runs from reclaimed land at Kellett Island on the Hong Kong Island side, to a second land reclamation at Hung Hom Bay on the Kowloon side, with northbound and southbound traffic are located in separate immersed tubes.

The tunnel was constructed offsite in a dry dock in sections, which were floated into location at the tunnel site, sunk onto the specially prepared bottom of the harbour, and finally linked together and fitted out. The toll plaza was located at the Hung Hom portal, due to the lack of open land at the other end. (this 1970s photo is from Alan Chung on Flickr). 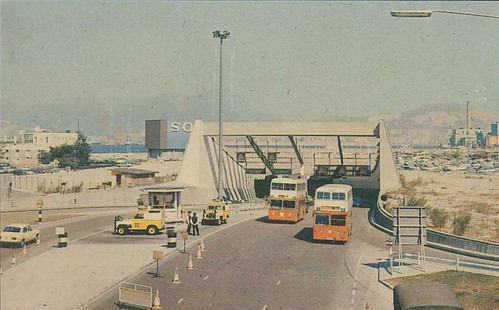 The Cross-Harbour Tunnel Company received a 30 year franchise in 1965 from the Hong Kong Government to operate the tunnel. Under what is known as the Build-Operate-Transfer (BOT) model, the company constructs the infrastructure, operates it for the franchise period and charge tolls to motorists during the contract period, before the infrastructure is transferred to the government at the end of the contract. The franchise period commenced at the start of construction in 1969, and expired in August 1999 with the government assuming control.

Today tolls remain in place on the tunnel, but the revenue goes to the government, not a private operator. While the cost has not greatly increased since the 1970s, the level of traffic has skyrocketed. 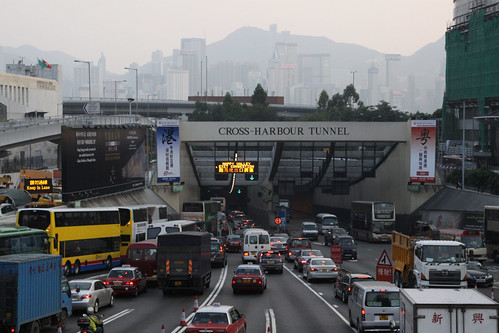 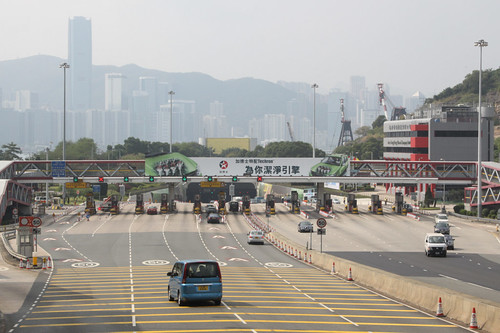 Opened in 1989, the tunnel is 2.3 kilometres long and has two lanes in each direction, but is made up of five immersed tubes: two for the road link, two for an extension of the MTR Kwun Tong Line to Hong Kong Island (now used by the Tseung Kwan O Line), and a fifth for electrical and mechanical equipment. The Hong Kong Island portal was located on reclaimed land off Quarry Bay, while the Kowloon portal is at Cha Kwo Ling. The toll plaza was again located at the Kowloon end due to the non-availability of land elsewhere.

The most recent crossing is the Western Harbour Tunnel – they still couldn’t come up with an imaginative name! The 2.0 kilometres long tunnel opened in 1997, being constructed as part of the Hong Kong Airport Core Programme which built the infrastructure required to serve the new airport at Chek Lap Kok. Like the other tunnels it was built by a private company under franchise to the government, but with three lanes in each direction instead of two. The Hong Kong Island portal was located on reclaimed land off Sai Ying Pun, while the Kowloon portal was built right in the middle of the massive West Kowloon reclamation. 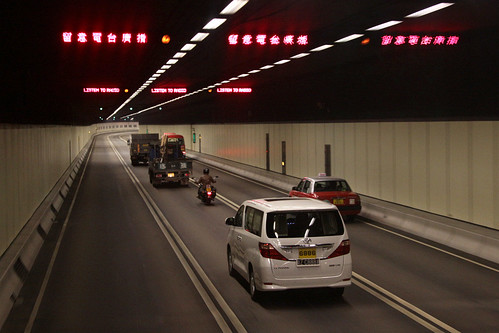 After looking at the three tunnels, you might be wondering why the first photo of the Cross-Harbour tunnel has a traffic jam at the entrance, while the other two tunnels have only a handful of cars using them. It is not a case of photographing the tunnel in peak hour, but a side effect of the different tolls charged to motorists. Here is a snippet of the full list of toll rates for the three tunnels:

Note: the price in brackets for the Western Harbour Tunnel is the full rate that the company is permitted to charge by law, while the price alongside is the concessionary toll that is actually charged to motorists.

As you can see, the Cross-Harbour Tunnel is the cheapest, while the Western Harbour Tunnel currently charges 2.5 times that for private cars, and is legally allowed to charge a toll 6 times higher! Car owners in Hong Kong might be those with the most disposable income, but even those kind of exorbitant charges are something to be avoided at the toll booth! 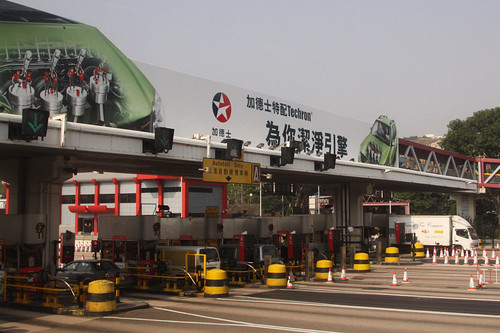 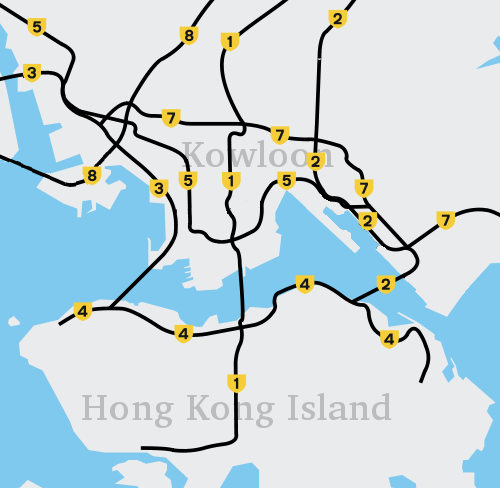 In a market economy, the price of a product or service reflects supply and demand. Under free market conditions, Cross-Harbour Tunnel tolls would be the highest, with the Western Harbour Crossing charging the least. The reverse is actually the case, and the Cross-Harbour Tunnel is causing the distortion.

In reality the solution to the congestion is difficult: the Mass Transit Railway is already a world beating public transport system, lowering tolls in the two less used tunnels is not possible due to the private operators, and increasing tolls in the government controlled Cross-Harbour tunnel is a political football, the same as any country.

This entry was posted in Transport and tagged driving, freeways, Hong Kong, on the road, road charging, tunnels. Bookmark the permalink.

2 Responses to Take a drive beneath Victoria Harbour