The sound of silence?

In a big city noise pollution is inevitable – while moving people closer together means efficient public transport is cheaper to provide, it also makes finding your own quiet space a lot more difficult.

In Hong Kong it is estimated that more than 1.1 million people are affected by excessive traffic noise, which is defined as values above 70 dB(A) – the sound level encountered close to a main road (source). However, the impact of noise can be reduced depending on how deep your pockets are.

Around the world conventional noise barriers are the most common way to block noise from major roads, and Hong Kong is no different. They work by reflecting sound waves back to where they came, leaving a “shadow” of relative quiet behind them. 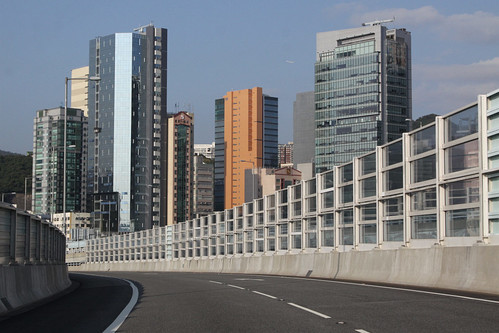 Because many Hong Kong apartment blocks are right beside freeways simple noise walls are not enough, leading to these much taller barriers with a cantilevered section leading inwards on top. The extra coverage prevents sound waves from being reflected upwards to the upper stories of nearby buildings. 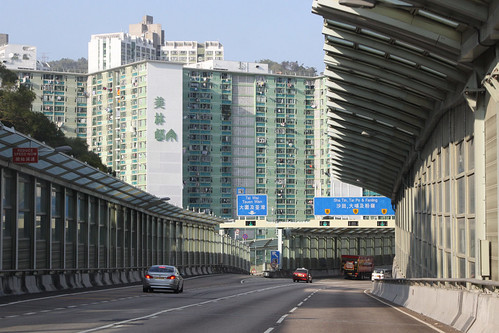 In some areas the noise is so bad that the barriers must completely enclose the road, forming a tunnel, preventing almost all sound waves from leaving the area. I hate to think how they keep all of the glass clean with the amount of pollution hanging in the air… 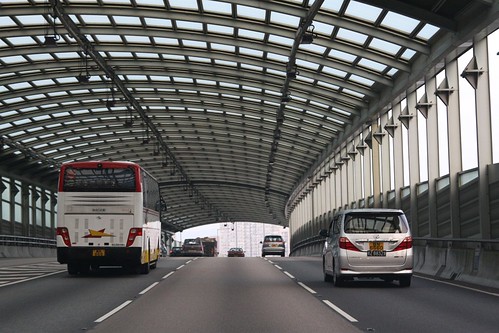 So what else can HK$8 billion or so buy? As a comparison, the MTR is in the middle of planning for the seven kilometre long South Island Line. With four stations along the route, the new railway will cost HK$7 to HK$10 billion to build on viaducts along the southern shore of Hong Kong Island.

With the high cost of these noise walls, you might think Hong Kong would be better off spending their money on more railway lines. Unfortunate it is not that simple, as above ground trains cause the same issues. One example is the East Rail Line, which runs at ground level through the middle of urban Kowloon, followed by the New Towns of the New Territories.

As seen here, noise walls are provided along large sections of railway: the doorways at regular intervals enable emergency services to attend to accidents, and for passengers to leave disabled trains. 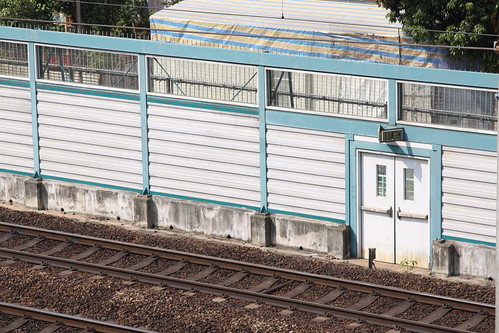 In some of the more built up areas, the entire railway is enclosed in sound-deadening materials, such as the East Rail Line between Hong Hom and Mong Kok East. 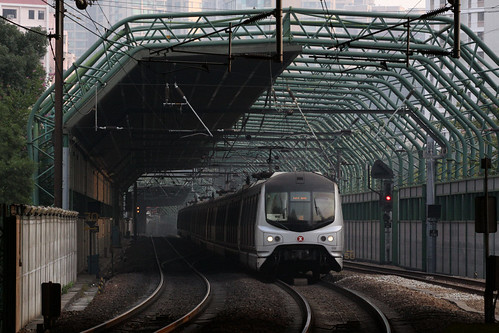 On the newer lines sound deadening is built into the tracks, one example being the Ma On Shan Line that winds through Ma On Shan New Town on an overhead viaduct. Here sound dampening baffles line the rails themselves, and the viaduct walls are designed as another noise barrier. 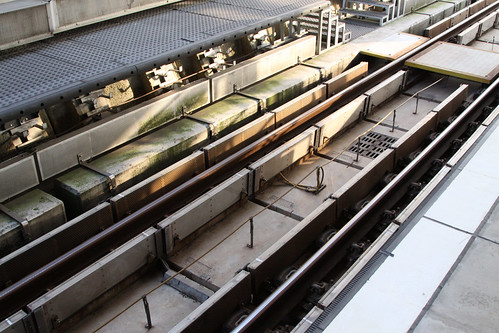 Even through the installation of noise barriers is widespread in Hong Kong, sometimes they are not enough to bring noise in residential buildings to a safe level, resulting the need to modify the apartments themselves. This is a pretty standard Housing Authority apartment tower, which appear all over Hong Kong.

Where noise is an issue, the Environmental Protection Department is empowered to modify buildings if noise levels exceed the safe level of 70 dB(A), and an increase of at least least 1 dB(A) is due to the constructions of a new road in the area (source).

Since 1995 a total of 7,900 dwellings have received noise insulation at cost of about HK$430 million (US$55 million); with the works also including improved windows, new air-conditioning units, and upgrades to the electrical supply for the extra load.

Similar works have also been carried out in Hong Kong schools, under the Noise Abatement in Schools Programme. Started in 1987, the project insulated 10,900 classrooms against excessive transportation noise, providing quieter learning environment for 500,000 students at a cost of HK$658 million (US$84 million) (source).

As Hong Kong has shown, increasing density might cut transport costs, but the externalities of noise pollution eat into your savings.

And a cheaper solution

Thousands of residents in subsidised housing estates launched in the past five years have been required to keep their windows closed at all times to shut out traffic noise, as Hong Kong squeezes more new homes into every inch of urban space.

Fixed windows, as coined by the government, are installed as barriers to ensure that traffic noise heard inside flats is kept to acceptable levels set by the Hong Kong Planning Standards and Guidelines.

The fixed-window phenomenon appears to have intensified in recent years. In 2014, only one estate out of each batch of subsidised homes up for sale had such features, but last year, the figure increased to three in four estates.

This entry was posted in Transport and tagged city life, driving, Hong Kong, Mass Transit Railway, MTR, on the road. Bookmark the permalink.

2 Responses to The sound of silence?