Working hard, or hardly working? People have often said standing around directing traffic all day is an easy job, but this guy takes it to the next level: sitting down and turning the stop/go sign. It’s a common sight around Hong Kong, as the signs themselves sit atop a stand. 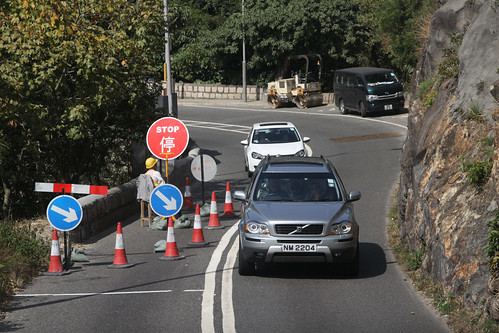 These workers digging up a road look a lot more serious with their hard hats on, despite there being nothing around to fall on their heads. In Hong Kong the hard hat appears to have replaced the hi-visibility vest as a magical talisman that will prevent all workplace injuries. 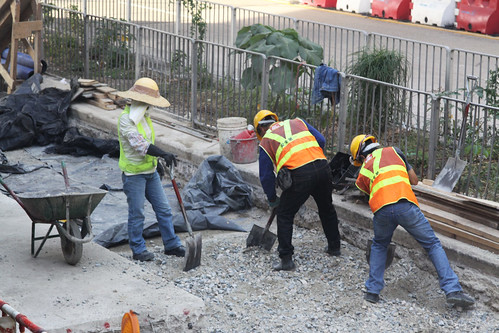 Even on the ferries you will see crew wearing a lucky charm on their head: I’m pretty sure that getting your tie getting caught is more likely than rocks falling from the sky, but what do I know? 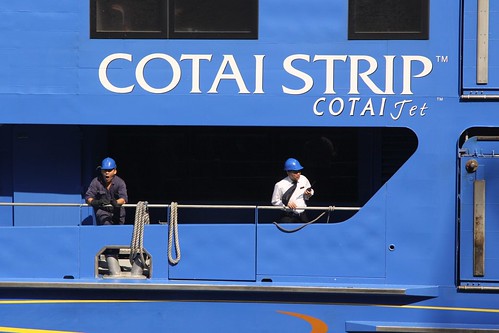 Another Hong Kong speciality is bamboo scaffolding, erected by workers who climb up buildings like monkeys. As a concession to modern OH&S requirements they wear harnesses and use safety lines, but the scaffolding is still assembled the old fashioned way: lots of bamboo poles tied together with string. 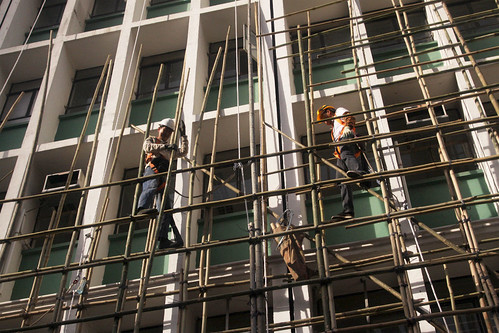 It looks like this gang still have a way to go… 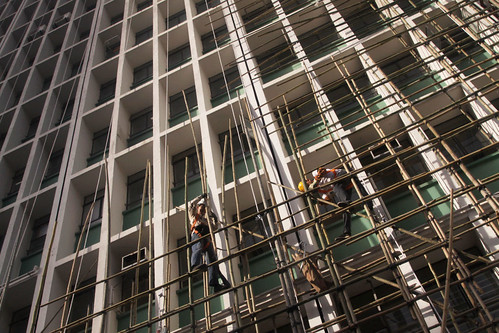 Back down at ground level digging up the road is also done a bit differently in Hong Kong, once you look past the traffic cones and pedestrian barriers. 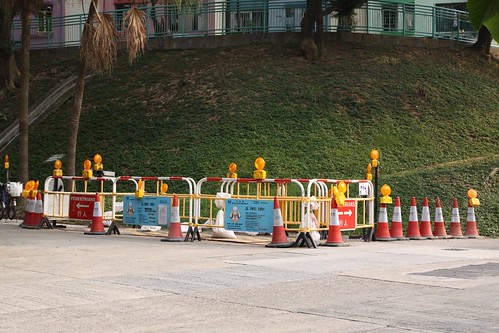 “We apologise for the inconvenience caused” boards are seen at virtually all holes in the road around Hong Kong, informing anyone passing by what work is being carried out, the start date of the project, original completion date, and anticipated completion date. 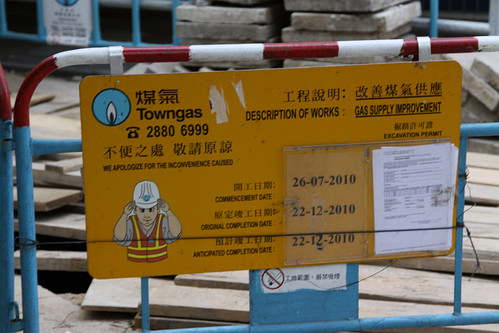 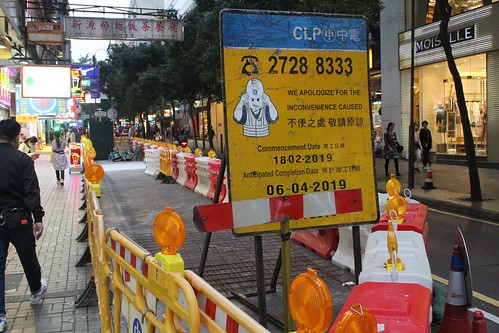 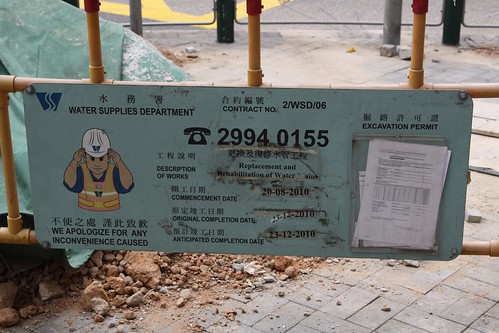 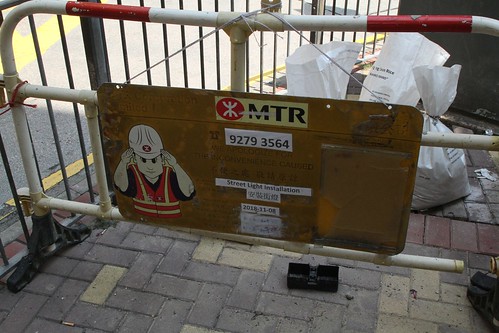 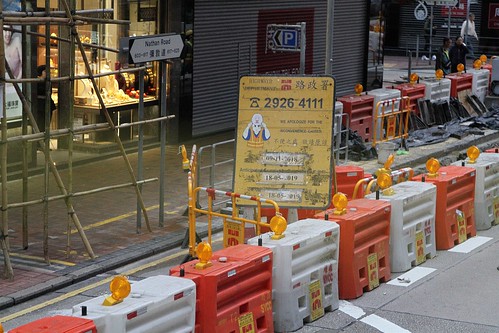 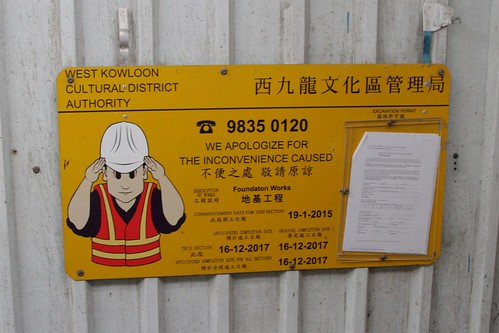 And similar boards are also placed at sites where work has been suspended, detailing the reason for the delay, and when work will start up again. 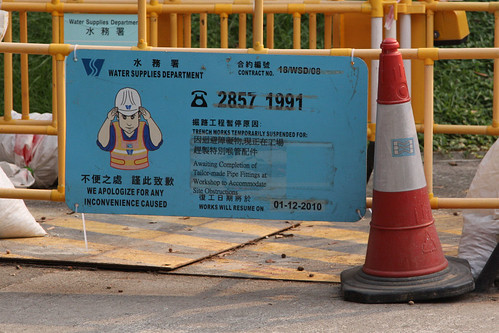 The reason for these signs is due to the existence of “Excavation Permits” – issued by the government, they are required by anyone who wants to dig up a road. So why does the government care about holes in the ground?

It’s all got to do with the city being so crowded. With around 7 million people crammed into Hong Kong, closing a few too many roads in one suburb will end up with gridlock, and using a jackhammer at 6am is going to wake up a lot of people…

This entry was posted in Everyday Life and tagged Hong Kong. Bookmark the permalink.