Staring down a MTR train

Most of the time when travelling on Hong Kong’s Mass Transit Railway the carriages are packed to the rafters, with the only thing visible being other passengers. 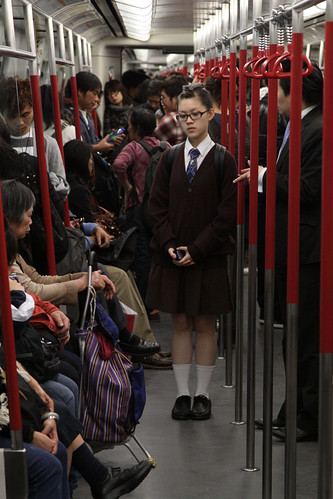 However if you stay onboard until the end of the line, the length each the train becomes more obvious, as the articulated corridor connections between each carriage give you a clear view to the opposite end. 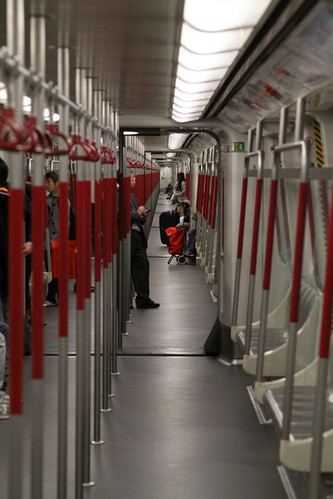 Most of the MTR fleet is made up of 8-car long train sets as in the photo above, the exceptions being the 4-car sets on the Disneyland and Ma On Shan Line branches, and the 12-car sets on East Rail. Unfortunately the latter case doesn’t give you a longer train to stare down, as the vestibules for the First Class carriage block the view at car 9 in the consist.

The clear view through the train also exposes the alignment of tunnels to the passenger, showing the changes in elevation and direction: at times the train feels more like the inside of spacecraft Discovery One from the film ‘2001: A Space Odyssey’. 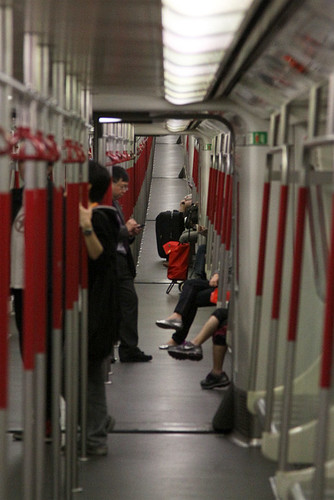 If you want to find an empty train for yourself, I recommend a visit to the LOHAS Park branch of the Tseung Kwan O Line – there isn’t any other reason a visitor to Hong Kong to would travel out there!

7 Responses to Staring down a MTR train