Hong Kong is a bilingual city: with virtually every piece of official signage having both English and Chinese text – street names, train timetables, safety messages – the list goes on.

On my last trip to Hong Kong I did the same thing as every local resident, and picked up an Octopus card so that I could travel around the city by public transport. Top the card up with credit before you travel, and every time you jump onto a train, tram, bus or ferry the appropriate fare gets deducted from the balance.

Thankfully for me, my 姑媽 (father’s elder sister) went to the trouble of picking up my father and I an Octopus cards each from the local MTR station, and added some money to it. (taking care of her little brother is something close families never grow out of).

For the rest of my trip I continued using my Octopus card around Hong Kong, checking the account balance on the ticket gates when I left stations, and adding another HK$100 to the balance when it started to run low. 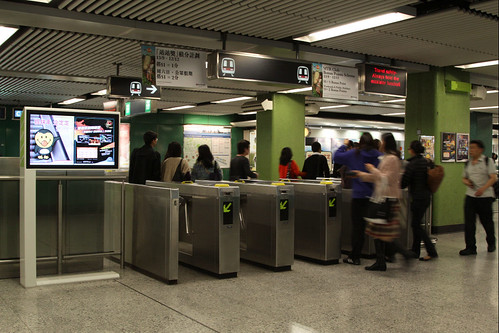 One thing I did notice through my travels was that the travel history for my card was all in Chinese, along with the messages on the receipts I received after adding value to my card. At the time I didn’t think anything of it, given I could still work out what my account balance was.

Things changed later in my trip when I decided to buy an additional Octopus card for myself as a souvenir, over the counter at an MTR station from the customer service staff, who spoke the same language as me: English. The interesting difference was the langauge of the receipt: it was now in English. 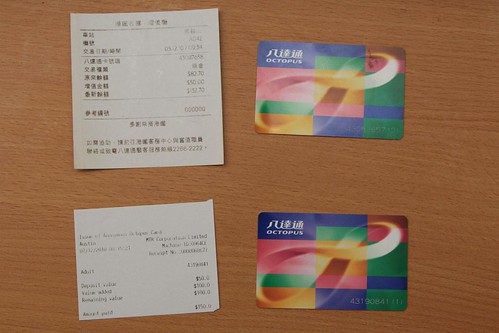 The other difference with my newly purchased Octopus card was the account balance message displayed on exiting MTR stations: the small LCD screen showed English text that I understood. Amazing!

So why was one of my Octopus cards displaying English text, and the other one Chinese? Doing my usual Google search trick didn’t turn up anything relevant, so I unfortunately I had to guess.

My first line of enquiry was the serial number on the card, in the format of nnnn nnnn (n). Since the serial number of one card ended with a (1) and the other ended on (2), I thought this was an indicator of card language, but this turned out to be red herring: photos of other Octopus cards online showed any digit could appear inside the brackets, with the last digit possibly being a check digit.

My current theory is that the language of an Octopus card is set at the time of issue: my 姑媽 speaks Cantonese so she was given a card set to Chinese, while English speaking me was given one programmed to English.

However they do it, it is quite the nifty feature! 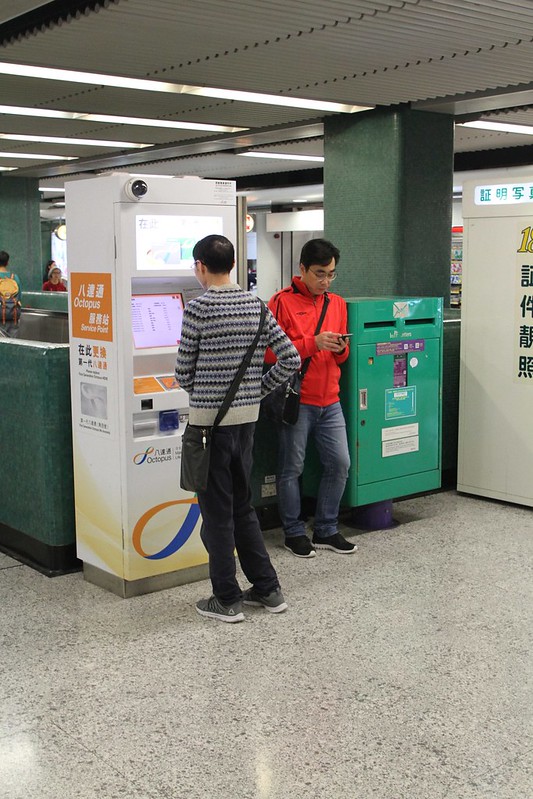 Which offer a wide variety of options to Octopus cardholders. 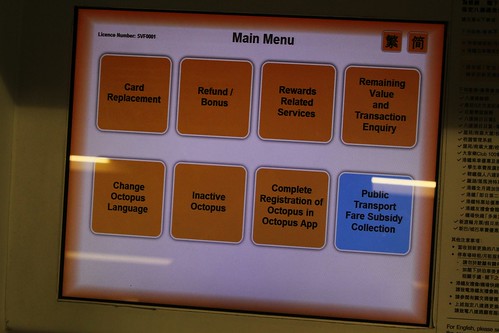 Including changing the language of their card from Chinese to English, and vice versa. 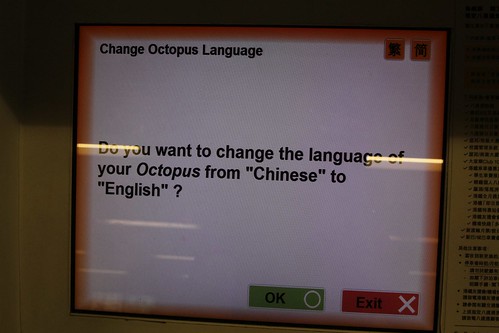