Skyscrapers on a stick

The shores of Hong Kong Island are lined with massive skyscrapers, and one that stands apart from the others due to the unusual design is the ‘Chinese People’s Liberation Army Forces Hong Kong Building’. 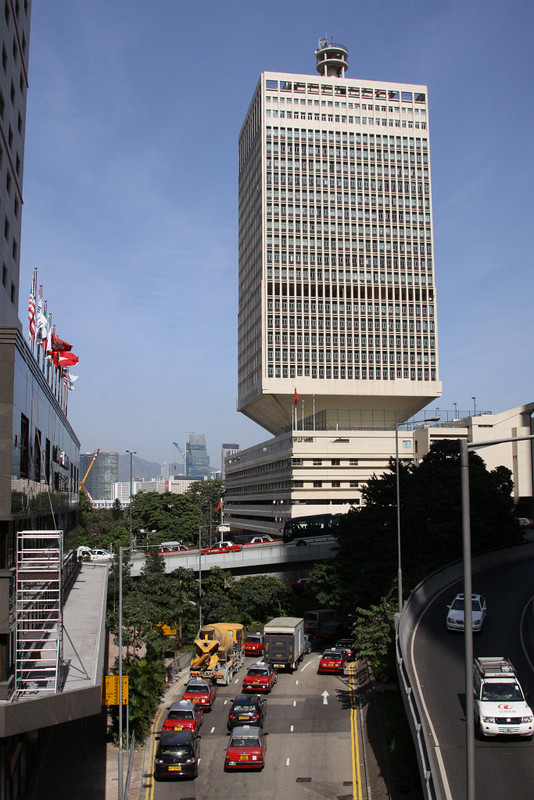 Completed in 1979 as the “Prince of Wales Building” to serve as the headquarters of the British military forces in Hong Kong, the 28 storey tower stands 113 meters above the ground, with the unusual ‘building on a stick’ design chosen so that it was difficult to climb or attack (or so the rumours say).

Meanwhile on the other side of the work on the streets of Sydney, stands a slightly more curved version of the same building. 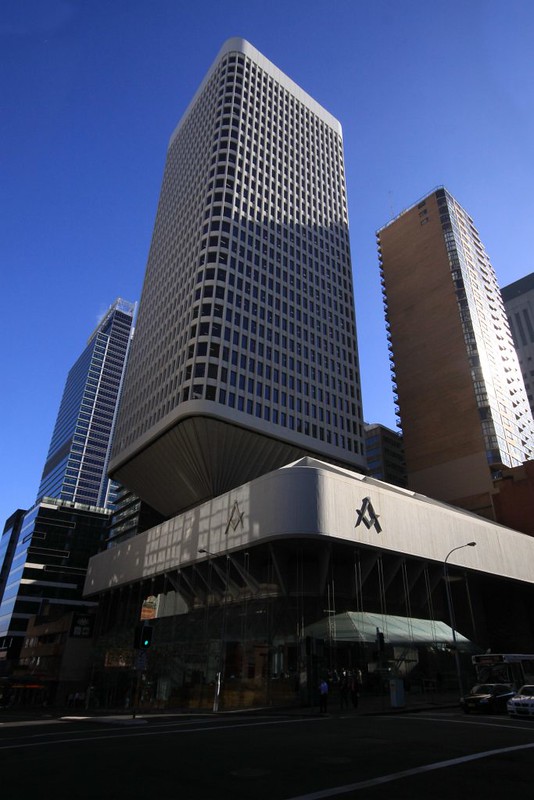 Called ‘Civic Tower’ and standing 132 metres above the ground, this 35 story building was completed in 2004 and belongs to an organisation almost as secretive as the Chinese military: the Sydney Masonic Centre.

So how did the two buildings built three decades apart come to look so similar? This article from the Sydney Morning Herald describes…

It’s probably one of the most controversial buildings in Sydney, squatting for decades as a big, brutal presence on the corner of Castlereagh and Goulburn streets, and until now, unfinished. By next month, however, 30 years after it was built, the NSW Masonic Centre will finally be completed with a 24-storey tower that was designed in 1974.

When Nick Lucas, Grocon’s head of development for NSW and Queensland, bought the rights to the air space above the Masonic Centre, they came with plans for a contemporary glass curtain-wall tower “but we preferred the original design”, he said this week. In fact, said Lucas, “we believe the ’70s are back in fashion”.

The original 1970s design for Sydney’s building was completed by architects Joseland & Gilling, with the firm of Peddle Thorp and Walker using them as a basis for what was eventually built.

Finding out who designed the Prince of Wales Building was a lot more difficult, with the only relevant hit being this page from a Hong Kong surveying firm:

Mr. Pun joined the Architectural Services Department of the Hong Kong Government in 1965. He then been working with the Government for over 23 years and held the position of Chief Architect before leaving the Civil Services. Over the years, Mr. Pun had involved in many projects including the Kowloon Police Headquarters, the Prince of Wales Building as well as the development of Shatin New Town.

Did someone involved in designing the Hong Kong building see the 1970s plans by Joseland & Gilling for the Sydney tower, and realise a skyscraper on a stick was the perfect match for a secure military facility? I guess we might never know.

Update – and a few more!

Another ‘upside down’ building is Rainier Tower in Seattle, USA – designed by Minoru Yamasaki and completed in 1977. 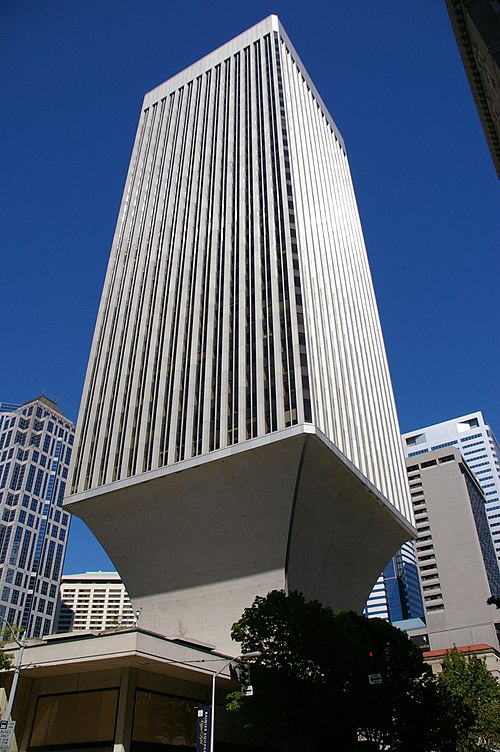 Photo by pelican from Tokyo, Japan, via Wikimedia Commons

And the office block at Kelenföld metro depot in Budapest, Hungary – designed by DPi Design. 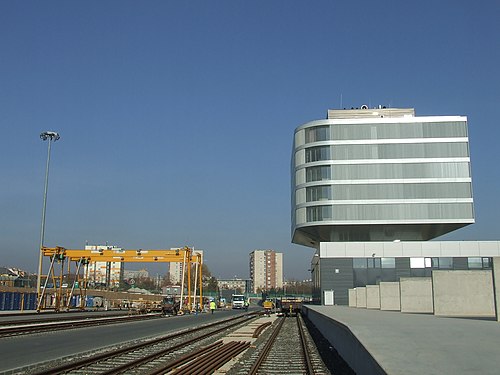 Photo by Christo, via Wikimedia Commons

4 Responses to Skyscrapers on a stick