‘Keep Off The Tracks’ advertisement from the 1980s

Back in the early 1980s the Kowloon Canton Railway through Hong Kong underwent a massive transformation – from a single track country railway to the modern double mass transit system it is today.

It was during this period that the Hong Kong Government ran a series of public service announcements warning people to keep off the tracks.

Previously residents of the sparsely populated New Territories had used the railway tracks as a shortcut between local villages, and doing so without incident due to the slow and noisy diesel trains giving plenty of warning of their arrival. However the coming of the electric trains changed this, with their ability to sneak up silently yet speedily to anyone on the tracks.

Electrification of the line also added another risk – death by electrocution, due to the new high voltage overhead wires. The KCR placed signs along the railway warning of the hazards, through interestingly they lacked any English text. 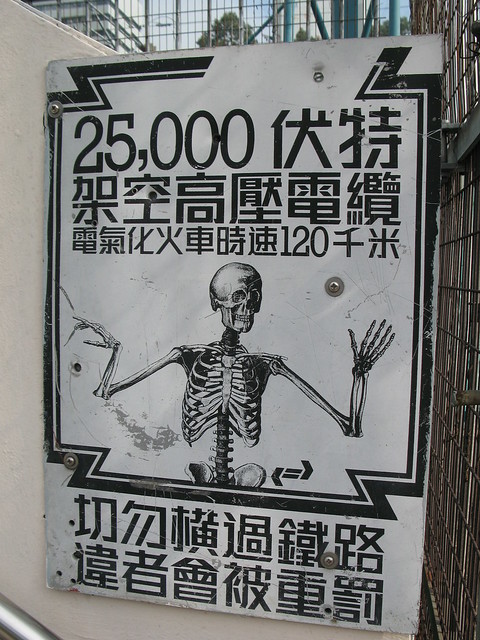 And an earlier campaign

Here is a 1978 public service announcement featuring the pre-electrification KCR.

5 Responses to ‘Keep Off The Tracks’ advertisement from the 1980s