Lost in translation while navigating the MTR

Navigating the Mass Transit Railway network is Hong Kong is pretty easy – the map is easy to read, the signage is in both Chinese and English, and the audio announcements are repeated in Cantonese, Mandarin and English. So how did my dad and I managed to get confused when getting from A to B? 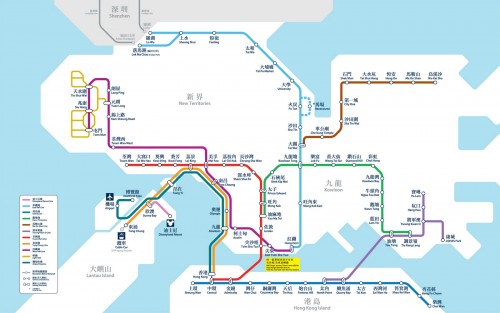 We had just spent the day out sightseeing, and were on our way to meet my cousin for dinner at a restaurant in Causeway Bay, having arranged to meet outside a specific exit from the MTR station.

After changing to an Island Line train headed west, my dad said “we’ll jump out at [a name I had never head of]”. I had to rack my brain for quite a while, trying to think of a MTR station by that name, but got nowhere, so I asked him to point out the station on the map.

“Causeway Bay” was the station – which sounded nothing like the name “Tung Lo Wan” he had been saying a moment before.

The reason for the confusion is how locations in Hong Kong receive their English names – places with obvious English names (such as “Causeway Bay”) also have obviously Chinese names (in this case “銅鑼灣” which is transliterated as “Tung Lo Wan”) which sound different, while other places just use the transliterated Chinese name as their English one (for example, “Tsim Sha Tsui”) so they sound the same in both languages.

With my dad being a native Cantonese speaker he used the Chinese name, while I went for the English one, which in the case of Causeway Bay sound nothing alike! 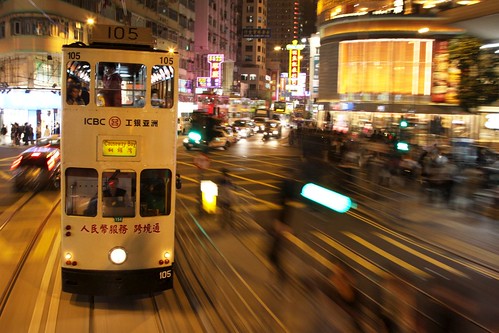 A footnote on literal translations

Transliteration is a process where Chinese characters are turned into something pronounceable by non-Chinese speakers, while translation makes the ideas of the Chinese text understandable to outsiders.

When each character of “銅鑼灣” is translated literally, “Tung Lo Wan” (the Chinese name for Causeway Bay) ends up as “Copper Gong Bay”. A number of people have taking this to the extreme and produced an entire MTR network map where the station names are translated literally – ‘Lost in Mong Kok‘ did a version in 2011, as did blogger Justin Moe in 2014.

In 2022 the New York Times published a piece on bilingual street signs in Manhattan’s Chinatown and the complexities of transliterating English names.

3 Responses to Lost in translation while navigating the MTR