There are many different ways to reach Hong Kong’s international airport from anywhere in the city – but the cost, speed and level of comfort differ. So which one is more popular?

The Airport Express train operated by the MTR is the fastest way to get to Hong Kong and Kowloon and the most comfortable, with the ‘In-Town Check-In’ service allowing you to drop your bags at the railway station, and pick them up at your final destination airport. 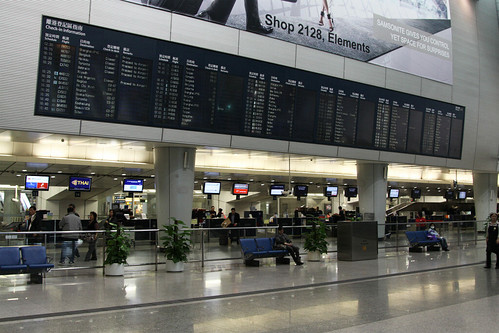 Unfortunately it isn’t a door to door service, but a complimentary shuttle bus operates between Hong Kong or Kowloon station and major hotels and railway interchanges.

As for the cost – it’s exactly HK$100 for a single journey. By comparison, a journey from Hong Kong to Tung Chung, less than one kilometre short of the airport and sharing the same line, is around HK$18. From the fare tables the most expensive ‘normal’ one I could find was Sheung Shui to Tung Chung for around HK$24 – pretty much one end of Hong Kong to another. The fares from one more station past Sheung Shui on the East Rail line (Lok Ma Chau or Lo Wu) doubles to around HK$50 – these are border crossings with China, so they must follow the airport ripoff rule.

Just goes to show how expensive rail journeys to airports are! 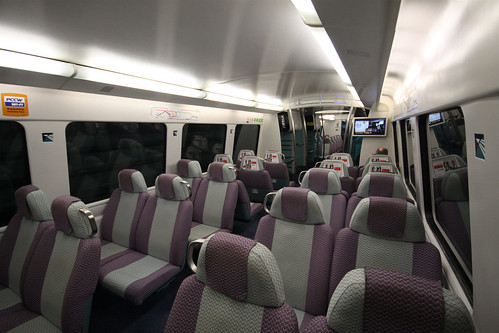 Dedicated limited-stop bus routes operate from Hong Kong, Kowloon and the New Territories to the airport, with special areas for bulky luggage being provided. For a one way fare of around HK$20 depending on which area you are traveling from, it is cheaper than the airport train, but about double the price of a ‘normal’ bus across the same distance. 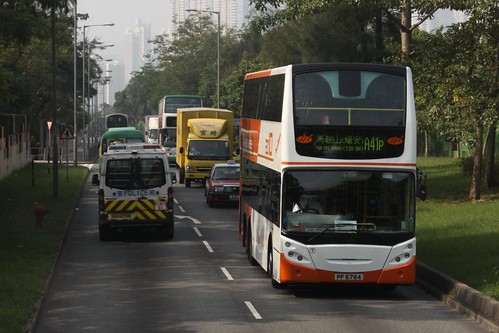 Hong Kong’s airport is a long drive from the urban areas of Hong Kong and involves many toll roads, so I’m not sure why anyone would bother. If you did, the ride will cost you around HK$250 to HK$300. 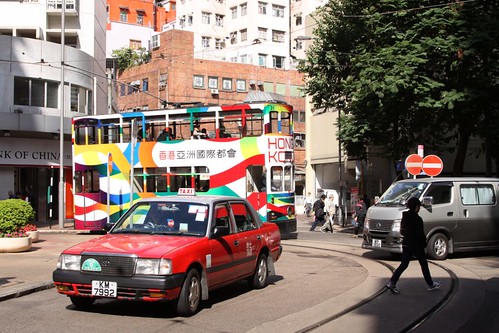 You have to spend a lot of money to buy and run a car in Hong Kong, so if you were going to drive to the airport, paying HK$22 an hour for parking probably won’t bother you. 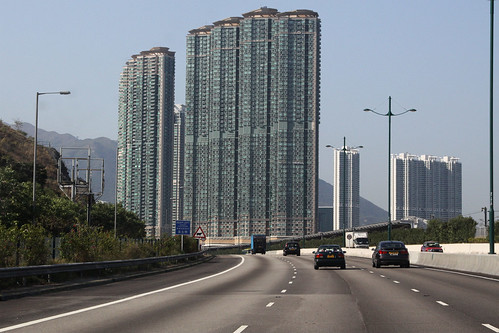 They collected their data in 2004 by surveying waiting air travellers:

Of the total 496 samples, 50 percent were male and 50 percent were female. Around 55 percent of the respondents were aged between 16 and 35. Hong Kong residents accounted for two-thirds of the samples, while the remaining one-third were visitors from various countries.

The majority (85 percent) of the respondents were travelling for non-business purposes, such as a vacation or visiting friends or relatives. The remaining 15 percent were business travellers.

With the following results:

In general, public modes (including franchised buses and Airport Express Line (AEL)) dominate HKIA ground access market. Franchised buses have a large proportion (47 percent) with AEL having 23 percent. The primary reason attracting air passengers to use the franchised buses is the lower travel cost. ‘Shortest time required’ is the main reason for those who used AEL.

Hong Kong Transport Department (TD) statistics show that only 5 percent of the population in Hong Kong owns a private car (TD, 2004). Owing to this comparatively low car ownership rate, the use of the private car as the ground access mode to the HKIA is limited, and only accounts for 7 percent of the total sample.

Another breakdown of mode share to the airport can also be found in a presentation titled ‘Hong Kong Airport Express Line – A Success Story‘ by MTR operations manager K Y Leung.

It also includes a graph of historical trends in mode share. 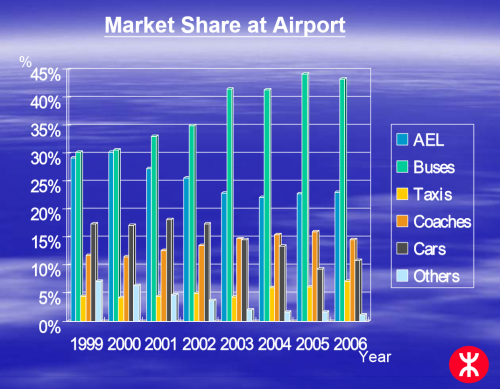 And an analysis of the challenges facing the airport rail link:

The reasoning behind a preference for bus over rail services can be found in this case study, including in the 2000 Transportation Research Board report ‘Improving Public Transportation Access to Large Airports‘:

They also quote a conclusion reached by one of the original architects of the Hong Kong Airport Express:

It is apparent that even with a good design and well-integrated railway service, the Airport Express does not have inherent advantages over more direct single mode bus travel. In other words, the speed advantage of rail versus single mode road competitors when traveling over distances of only up to 34 km [21 mi] do not result in significant enough time savings to compensate for the necessary transfer.

Some lessons for other cities there?

The 2006 paper ‘Analysis of Airport Access Mode Choice: A Case Study in Hong Kong‘ by Mei Ling Tam and Mei Lam Tam has plenty more analysis of the reasons why passengers choose a given transport mode to reach Hong Kong airport.

The 2000 report ‘Improving Public Transportation Access to Large Airports‘ by the Transportation Research Board expands upon this, covering many other examples from around the world.