On such a busy rail network as the Hong Kong MTR, it isn’t just the operation of trains that has to be optimised – the passenger flows inside the station have to be kept separated in order to avoid crowds and congestion. 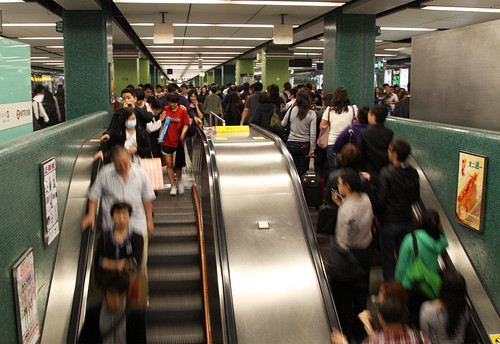 Each station have a clear line between the ‘paid’ and ‘unpaid’ sections of the concourse, and at busy stations separate inbound and outbound ticket gates are provided, keeping the conflicting passenger flows apart, while also making it easy for passenger on either side to access the customer service desk. 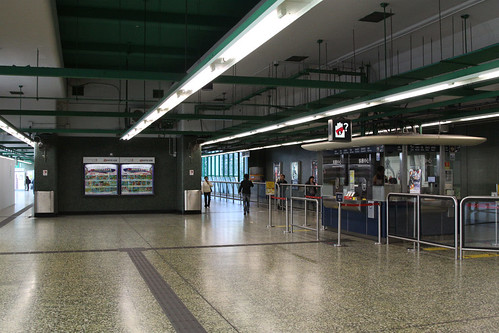 However one curious arrangement I noticed at a handful of stations was a single set of ticket gates leading to a lift. 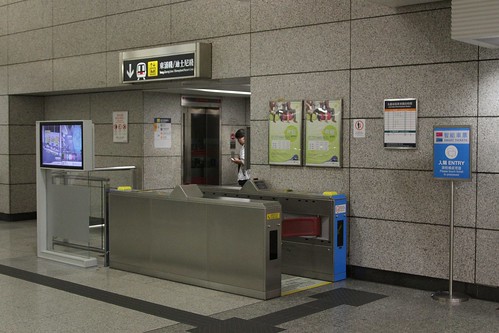 I first noticed it at Admiralty station, where these is an interchange between the Island and Tsuen Wan lines. 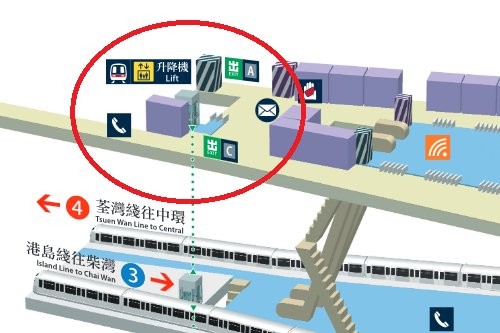 And I found a second example at Kowloon station, which is served by the Airport Express and Tung Chung lines. 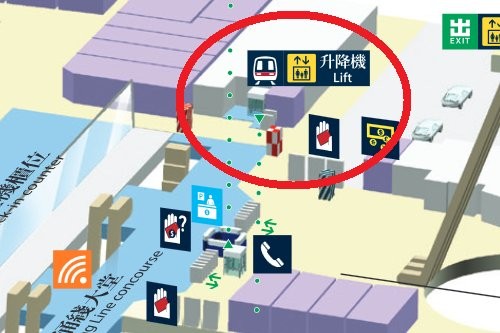 In both cases, it appears that including the vertical lift shaft inside the paid area while also allowing for passenger circulation in the public part of the station wasn’t achievable, so a second set of ticket gates had to be installed for passengers who use the lift.

I just hope that any passengers using the lift don’t run into any trouble with using their Octopus card, as help is a long way away!

I’ve written before about how the disabled can access Hong Kong’s MTR network, so you might know that many of the early MTR stations have required the retrofitting of lift access to them. Admiralty station falls into this category, but Kowloon station is interesting – lifts were included in the original design, so the reason for unusual concourse layout is still unclear.