China is known for fakes – and even entire theme parks are not safe, if the Disneyland-style castle I saw was anything to go by.

The best known fake Disneyland-style theme park in China is called Wonderland – The Bohemian Blog has more about it:

Somewhere between Beijing and the Great Wall of China, towering over the Hebei plains and the nearby Chenzhuang Village, there stands a lonely, broken castle. The site was once conceived as a parallel to Disney’s great amusement parks; the dream passed however, and now this gothic tower – no more than a crumbling concrete shell – marks the miscarriage of Asia’s largest theme park.

However the park I saw wasn’t Wonderland – it was demolished in May 2013 a few months before I visited China, and I spotted my park north of the city of Jinan in Hebei province, as I travelled from Shanghai to Beijing by train.

The park I saw was 泉城欧乐堡梦幻世界 – or “Springs European Le Fort Fantasy World” in English.

The park opened to patrons in April 2014, and features 中心天鹅堡 (“Neuschwanstein Castle”) in the middle. 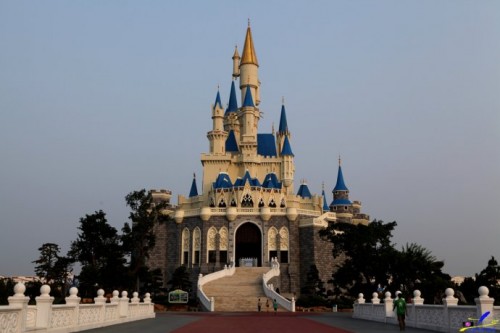 As well as a copycat version of Barcelona’s Sagrada Familia by the front gate. 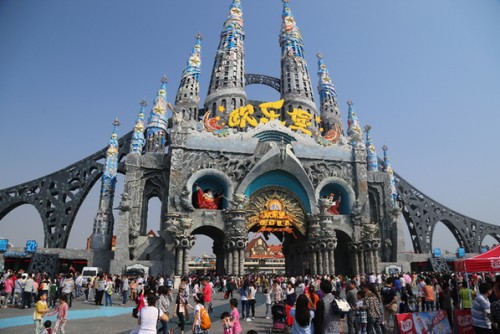 Is there a landmark anywhere in the world that China hasn’t yet built a copy of?

This entry was posted in Tourism and tagged China, Disneyland, fakes. Bookmark the permalink.