All aboard the Hong Kong Disneyland Railroad

Walt Disney was known for his love of trains, which resulted in the ‘Disneyland Railroad’ being a feature of many Disney theme parks around the world – and Hong Kong Disneyland isn’t any different. 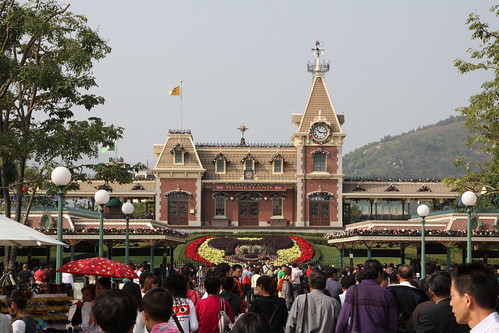 The park is encircled by the Hong Kong Disneyland Railroad, with the round trip taking around 20 minutes, with two stations along the way – Main Street, U.S.A. and Fantasyland. 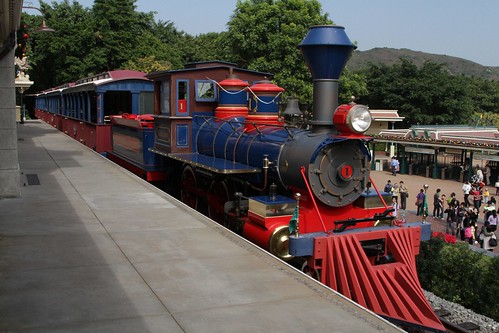 Three locomotives are available for service on the railroad. 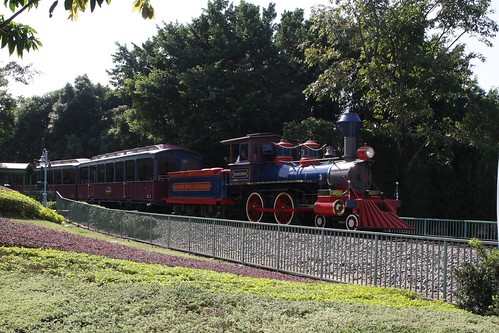 Each locomotive was built by the British firm of Severn Lamb, and are actually diesel hydraulic units – the propulsion unit lives in the tender, with a steam generator and sound recordings providing the look and feel of a real steam locomotive. 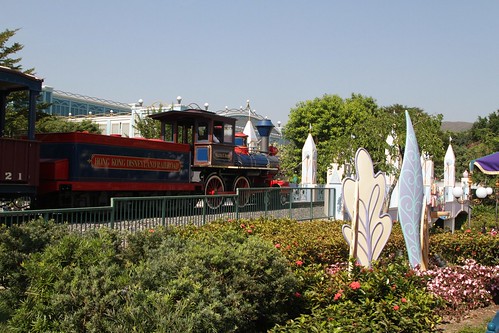 Two five car trains are available for service on the railroad – one called ‘Walt’ and the other named ‘Disney’. 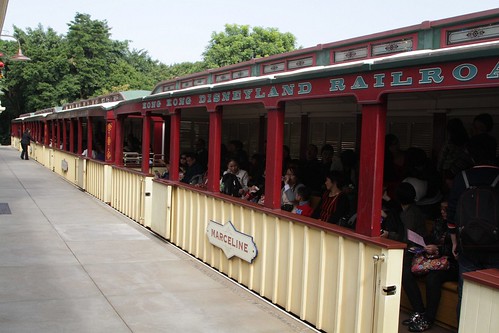 To provide a better view of the Disneyland park and hide the less scenic ‘backlot’ areas, the seats inside each carriage face sideways. 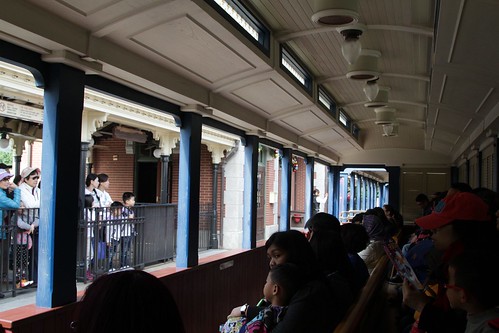 At the rear of the train, a cast member stands guard. 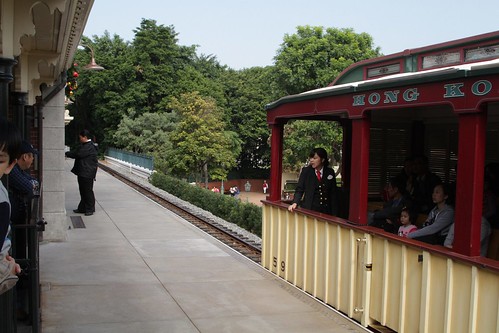 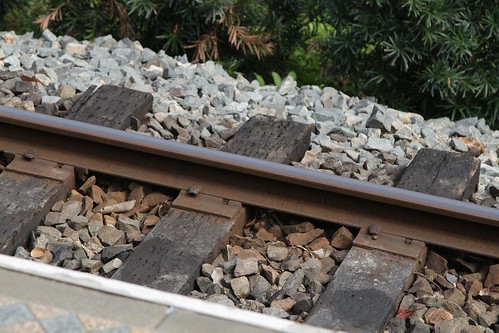 Rail joints use traditional fishplates, giving the classic ‘clicky clack’ rhythm as the train heads down the track. 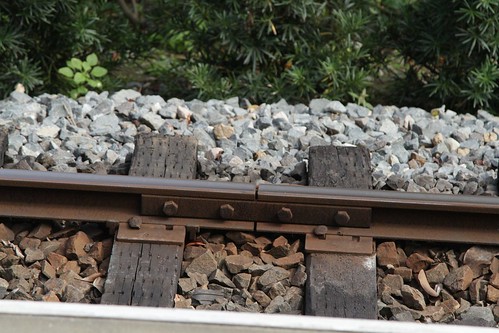 Trains are kept separated by an automatic block signaling system, with colour light signals dividing the track up into a number of sections, each of which can only be occupied by one train at a time. 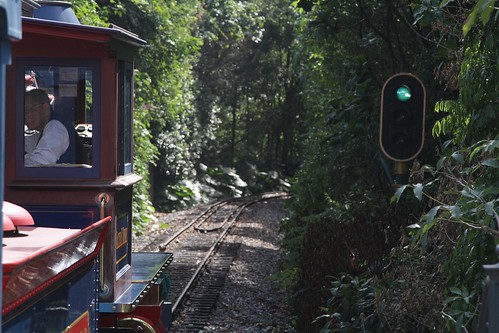 Due to the railroad forming a loop around the park, a number of bridges allow park guests to pass beneath the tracks. 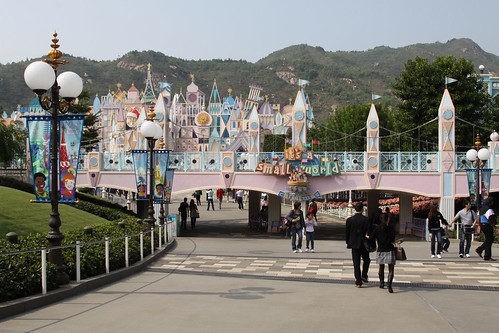 But there is one level crossing on the route, fitted with flashing lights and boom barriers. 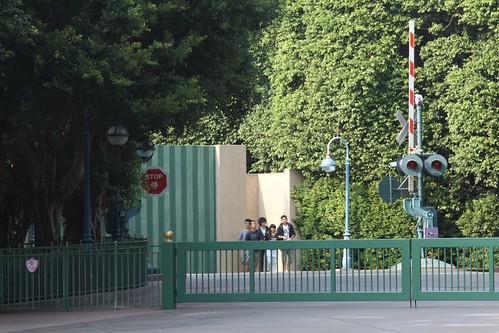 Linking Main Street to the Disneyland backlot, the crossing is only open to cast members and allows tall parade floats to make their way into the park. 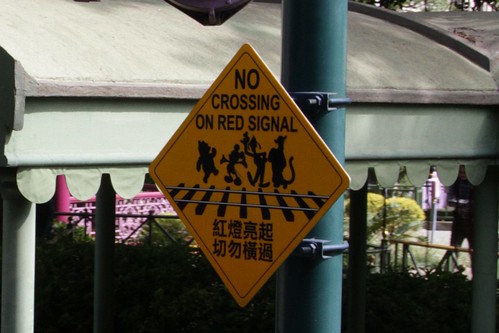 Also located backstage is the Hong Kong Disneyland Railroad depot – it consists of a two road concrete block engine shed, linked to the main track loop by a trailing set of points. 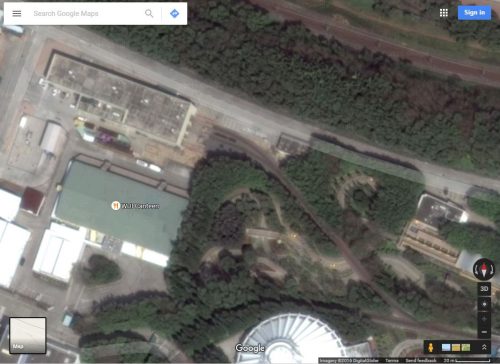 This track layout requires trains to reverse back into the depot at the end of each running day.