In the course of researching topics for this blog I’ve ended up on many unexpected tangents, and today I’m writing about one of them – missing roads along the Hong Kong – Mainland China border. 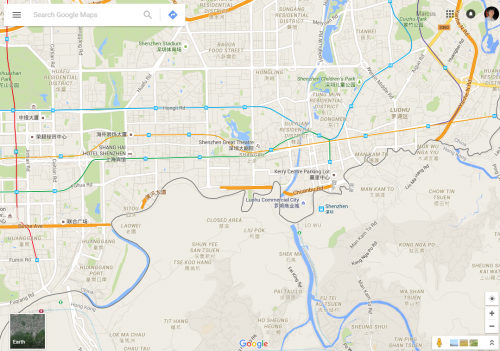 I first discovered the issue when researching the Man Kam To Control Point – a border crossing used by road traffic travelling between Hong Kong and Mainland China.

Satellite imagery of the area on Google Maps is not distorted – the Sham Chun River that forms the natural border between Hong Kong and Mainland China is easily visible, as is the sprawling city of Shenzhen on the northern side, and the green fields of the Frontier Closed Area on the south side. 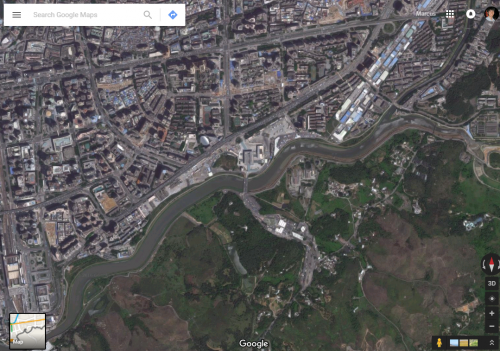 But when I switched over to the map layer in Google it was a different story – main roads on the Chinese side of the border terminate in the middle of nowhere, and the cross-border road link at Man Kam To Control Point is nowhere to be seen. 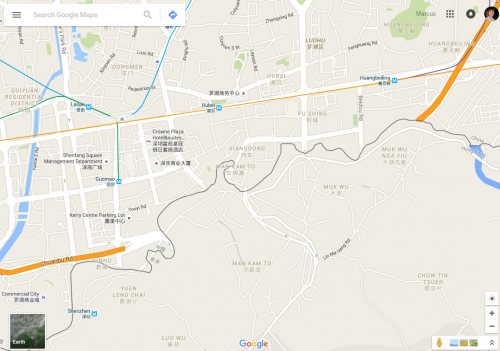 The reason for this border misalignment is thanks to the Chinese Government – for national security reasons every map of China must be intentionally distorted. In 2008 a Shanghai blogger by the name of Jian Shuo Wang was one of the first to notice the issue, when Google first offered their hybrid of map and satellite images in China. Their conclusion:

Travel + Leisure magazine gives some more background on this requirement:

It is illegal for foreign individuals or organizations to make maps in China without official permission.

As stated in the “Surveying and Mapping Law of the People’s Republic of China,” for example, mapping—even casually documenting “the shapes, sizes, space positions, attributes, etc. of man-made surface installations”—is considered a protected activity for reasons of national defense and “progress of the society.”

Those who do receive permission must introduce a geographic offset into their products, a kind of preordained cartographic drift. An entire world of spatial glitches is thus deliberately introduced into the resulting map.

For someone wanting to view an accurate map of China, there is one option – Baidu Maps, a product of Chinese internet giant Baidu. 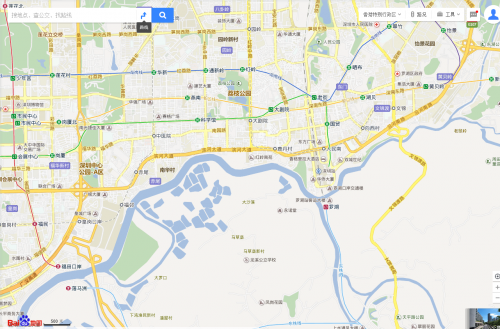 Their map of the Hong Kong – China border (above) has none of the missing roads and other artefacts that Google Maps (below) features.

More examples of the difference between mapping providers can be found elsewhere along the border – such as the sweeping road network at the Lok Ma Chau Control Point, as viewed in Google Map’s satellite imagery. Baidu Maps displays an accurate rendition of the roads crossing the border border. 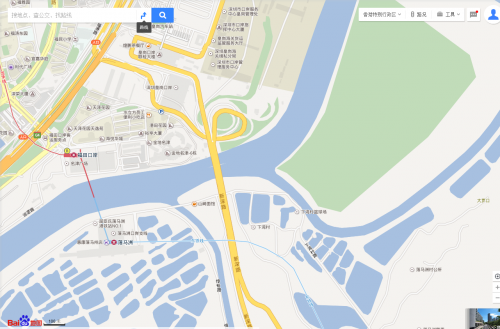 But Google Maps displays a mess of disjointed roads that never meet. 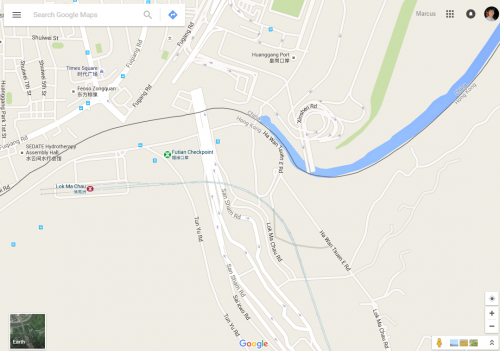 You can explore the mess for yourself here.

The Cold War may have ended decades ago, but for the Chinese Government nothing has changed.

I ran into similar issues with skewed maps when geotagging photos that I took on my 2013 trip through China – when viewed on Google’s satellite view they were correctly located, but as soon as I switched to map view, the tagged photos would be nowhere near the location where they were taken.

Max Galka also looks at the peculiarities of Chinese maps in his 2015 post “There is Only 1 Shenzhen River, So Why Does Google Maps Show 2?“.

You can also find out more about the subject of restrictions on geographic data in China at Wikipedia.

3 Responses to Distorted maps on the Hong Kong – China border