The MTR fleet of Metro Cammell EMUs has been conveying passengers on Hong Kong’s East Rail line for over 30 years, having originally been purchased by the Kowloon-Canton Railway in 1982 to serve the newly electrified route. In that time they received a mid-life refurbishment, which resulted in ‘new’ and ‘old’ trains running together. 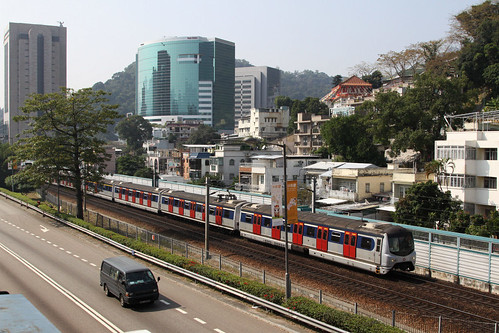 As originally built, each Metro Cammell EMU was a standalone three-car train with a driving cab at each end, capable of being coupled up into trains of six cars (two EMUs), nine cars (three EMUs) to 12 cars (four EMUs). 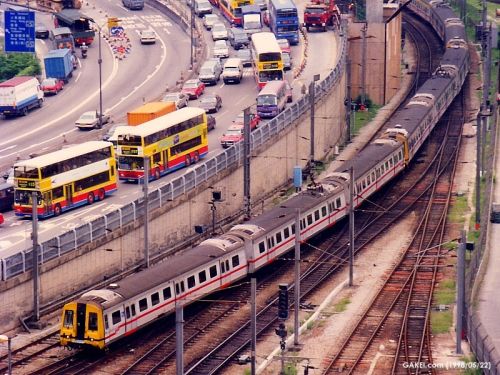 Refurbishment of the trains was completed between 1996 and 1999, and saw the progressive removal of these three-car trains from service and their reformation into fixed 12-car long trains. 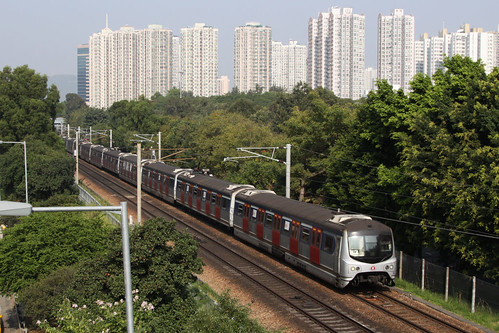 On at least one occasion the unusual sight of a single train made up of the two types of carriage ran – this photo by John Shum dated February 1999 shows a original EMU set coupled up to the tail end of a less than 12-car long refurbished train. 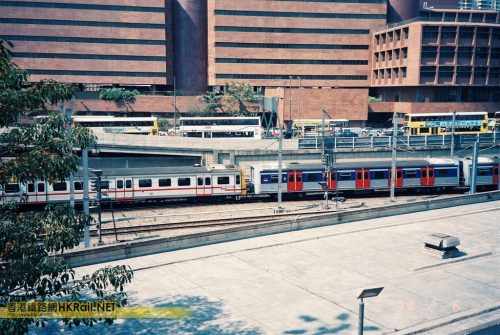 I’m curious as to why the movement occurred – I’m going to assume that it was carried out without passengers.

You can find a further photo of the two trains coupled here.

8 Responses to Mixing the old and new KCR trains