Virtually every visitor to Hong Kong crosses the Tsing Ma Bridge – it is the only route linking Hong Kong International Airport to the rest of the city. But what most people don’t know is that the bridge has a second roadway for emergency use, located beneath the main deck. 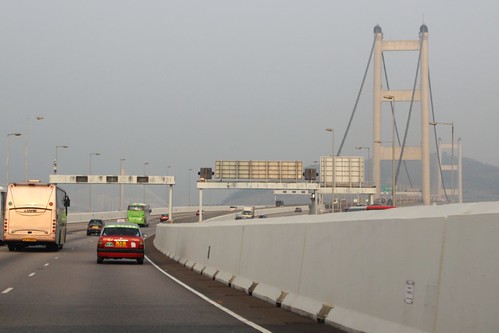 The second longest suspension bridge at time of completion in 1997, the Tsing Ma Bridge has a main span of 1,377 metres (4,518 ft) and a clearance below of 62 metres (203 ft), the towers being 206 metres (676 ft) high. Together with the Ma Wan Viaduct and the Kap Shui Mun Bridge, it forms the 3.5 kilometre long Lantau Link, with six road lanes on the top deck, and two railway tracks and two road lanes on the lower deck. 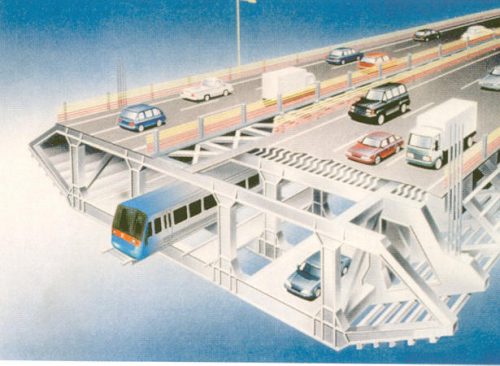 The railway tracks carry trains on the MTR Airport Express and Tung Chung lines between Lantau Island and the rest of Hong Kong, but there isn’t much to see from the train window – just steel bridge trusses, and blue water far below the tracks. 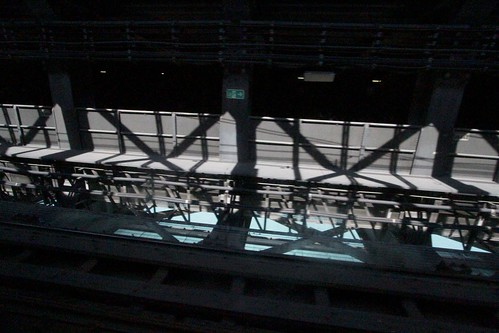 The lower deck also houses two single lane roadways for emergency use. The entry at the Lantau Island end of the bridge is easy to see. 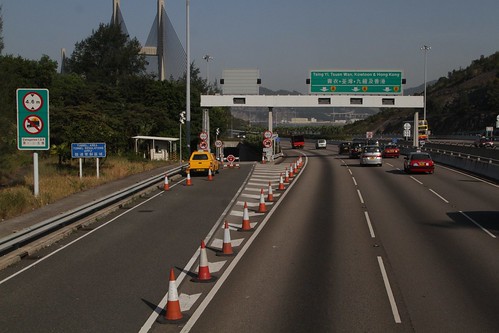 The roadway has 50 km/h speed limit, with vehicles over 4.6 metres high or carrying dangerous goods being banned from the confined space. 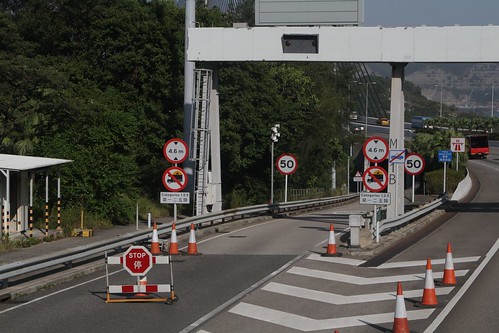 The lower roadway is only open when required – with special regulations applied during periods of high winds.

Here we see a motorcyclist headed west through the lower deck roadway after typhoon signal 8 was raised.

The same view from onboard a double decker bus.

As well as the journey back east over the bridge.

Until 2015 the Tsing Ma Bridge Marathon also resulted in traffic being diverted onto the lower roadway with runners taking over the top deck – the route has since changed to avoid traffic disruptions.

Photos of the Tsing Ma Bridge under construction, including views of inside the lower deck.

6 Responses to Driving through the Tsing Ma Bridge lower deck