Temporary depot at Mei Foo for the Airport Railway

Building a new railway is a complex operation, involving large quantities of raw materials, and a fleet of heavy construction equipment. All of these need to come from somewhere, which presented difficulties for the MTR when building the Lantau Airport Railway in the 1990s through West Kowloon. The solution – a temporary railway depot at Mei Foo. 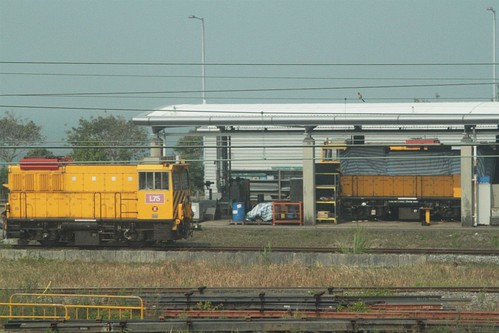 The Lantau Airport Railway was built to connect the new Hong Kong International Airport at Chek Lap Kok to the rest of urban Hong Kong, with MTR Airport Express and Tung Chung Line trains travelling along the northern shores of Lantau Island and newly reclaimed land at West Kowloon, crossing the waters in between on the Tsing Ma Bridge. 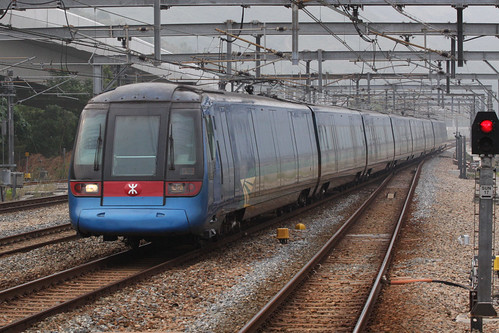 Construction materials and equipment could be landed on the Lantau side of the railway at the future MTR depot at Siu Ho Wan, but the Tsing Ma Bridge presented a stumbling block: there was no way to move materials to the Kowloon side before the bridge was completed.

As a result it was decided to build a temporary railway depot at Mei Foo so that track construction on the Kowloon side could start before the bridge was completed. A site on newly reclaimed land parallel to the future railway was selected, at what is now the intersection of the West Kowloon Highway and Tsing Sha Highway, next door to the Port of Hong Kong.

The Hong Kong Railway Society visited the temporary depot in September 1997 – here you can find their photos:

And a short video walkthrough:

The section between Tai Kok Tsui Station and Lai Chi Kok will be entrusted works, constructed as part of the West Kowloon Expressway. A temporary depot will be constructed nearby as part of Contract 520, comprising two sections connected by tunnel, covering a total area of approximately 9 ha.

The Depot site will be occupied for two years during construction of the LAR from mid-1995. Construction work will be limited to the creation of hardstanding for trackwork, service roads and temporary buildings and provision of service infrastructure. The connecting tunnel between the two depot areas will be entrusted works undertaken by the Highways Department and returned to them along with the rest of the site after the completion of the MTRC works.

The Depot will be operational 24 hours per day but the majority of work, including the noisier activities will be scheduled for 0700-2300 wherever possible.

The Depot, covering an area of some 9 ha, will be used as a base for the permanent way and E&M operations and will also provide storage facilities. Trains used for permanent way construction will be loaded with rail sections, sleepers and ballast in the depot for track construction work. E&M activities will include the prefabrication of track and station equipment for installation following track laying.

In addition to providing stabling for the permanent way trains a track tamping train and other engineering equipment will also be based at the Depot. Up to 75 staff will be based at the Depot with a similar number using it as a work base for off-site construction activities.

Following completion of the railway the mainline connection was removed and the depot abandoned. This Google Maps satellite view shows what remained of the depot in 2002, then idle for five years. 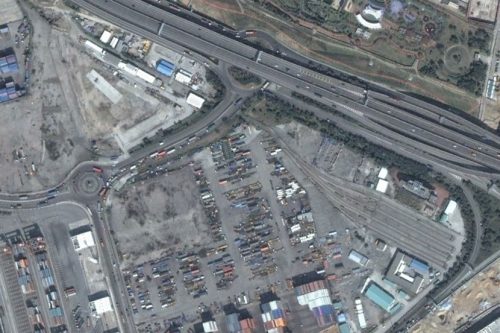 Remnants of the engine shed are visible.

As are eight dead-end sidings.

The sidings are also visible in the 2000-01 photo of the Kowloon Motor Bus depot under construction. 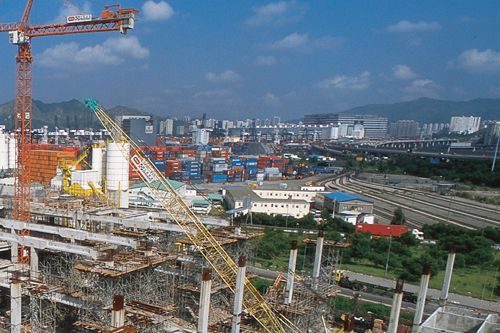 A single track linked the sidings and the engine shed, passing under Mei Ching Road via a concrete bridge. The structure is still visible on Google Street View today. 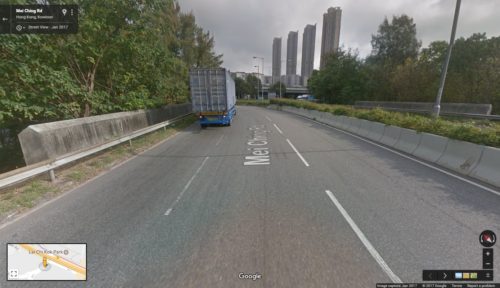 Today the bridge at Mei Ching Road is the only remnant of the depot, the land having been taken over by container parks for the Port of Hong Kong.

And the scene today

The major change is the addition of the Kowloon Motor Bus depot in 2000 and the Tsing Sha Highway viaduct in 2009.

Over on the “記·憶·1435mm” Facebook page they have shared some photos dating back to July 1998 showing the now disused depot.