MTR freight train across the border at Shenzhen

Here is an interesting find on Wikipedia – a MTR diesel locomotive hauling a freight train on the Chinese side of the border at Shenzhen, photographed by Baycrest back in February 2010. 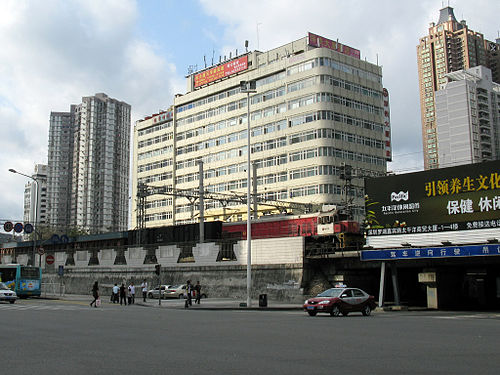 The resolution of the photo is quite low, but I can just make out the locomotive identity – KCR #61, a 2000hp EMD G26CU diesel-electric locomotive that entered service in 1976.

As for the reason for the MTR crossing the border into mainland China, I previously believed that freight trains from the Mainland usually stopped at Lo Wu to swap their locomotives, and to rearrange the wagons into the correct order for the trip south, but these photos from 2001 suggest the exchange could also occur on the Chinese side, in the freight yard approximately three and a half kilometers north of Shenzhen railway station.

June 2010 marked the final freight train in Hong Kong. The diesel locomotives once used on these services are now only used to operate works trains on the MTR East Rail line.