Trains in Hong Kong don’t have very much character – they all look much the same, with only their fleet numbers setting them apart. But on the MTR Light Rail network, there was an exception – a pair of light rail vehicles that were given their own names. 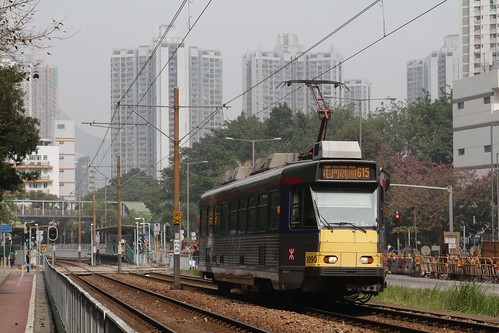 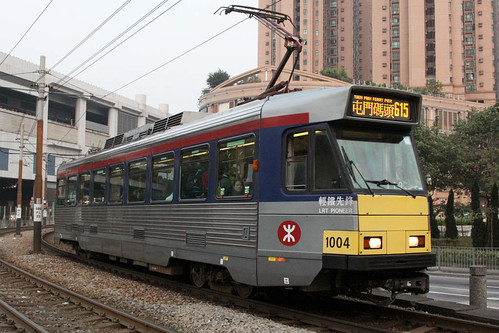 Chinese language Wikipedia has the backstory.

In 1985, the first phase of the LRT contract was also approved in the same year, and the construction of the LRT system was officially started. In 1987, the first light rail vehicle (fleet number 1004) arrived in Hong Kong, and following the installation of equipment, a comprehensive inspection and performance testing process was commenced. 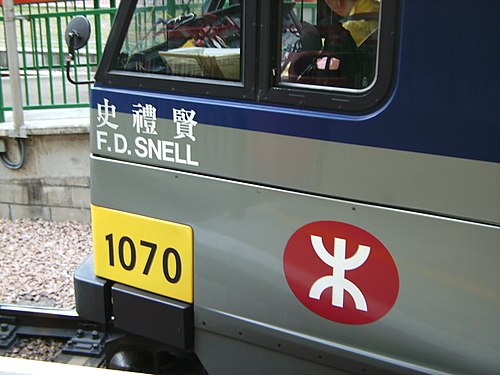 Photo by ‘busiken’, via Wikimedia Commons

Again to Chinese language Wikipedia for the backstory.

On September 18, 1989 the Kowloon-Canton Railway Corporation (KCRC) celebrated the anniversary of the opening of the light rail system at the LRT Depot. At this ceremony company chairman Peter Quick, with Mr Snell’s widow Joan in attendance, named the final light rail vehicle 史禮賢 – F.D. Snell, and placed a plaque inside the vehicle.

A photo of the plaque can be found here – it read.

This Light Rail Vehicle No.1070 is named after Mr. F.D. Snell in memory of his contribution to the planning, construction and commissioning of the Phase 1 Light Rail Transit System.

Today no sign remains of the names: the plaque onboard 1070 was removed some time before the MTR-KCR rail merger of 2007, and the names on the exterior of 1004 and 1070 were removed as part of their 2011 refurbishments. 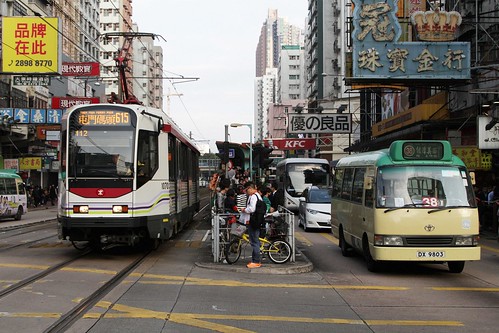 Today they look just the same as the rest of the fleet.

Design issues and industrial action at Australian manufacturer Comeng slowed the entire project, delaying the completion of the first light rail vehicles, resulting in 1004 being the first LRV to depart the factory on 26 August 1987. it arrived in Tuen Mun on 5 October 1987, and first moved under power on 5 November 1987.

Wikipedia to the rescue.

Frederick Dudley Snell (14 December 1924 – 14 December 1988) was an Australian electrical engineer and tramways administrator. He grew up in Bendigo and following his education worked for the State Electricity Commission of Victoria, and served in the Royal Australian Air Force during World War II.

He commenced work at the Melbourne and Metropolitan Tramways Board (MMTB) in 1953, being appointed the MMTB’s fifth and last Chairman in 1976. Following the dissolving of the MMTB into the Metropolitan Transit Authority (MTA) in 1983, he became General Manager of the MTA Bus and Tram Division. Snell worked for the MMTB, MTA, and Leighton on Hong Kong’s Tuen Mun light rail system, and died in Hong Kong in 1988.

1 Response to Named trains of the MTR Light Rail