In 2017 the Hong Kong Airport Authority announced an interesting project – a bridge so tall that double decker A380 ‘super jumbo’ jets could pass under. The South China Morning Post had this to say on the proposal.

Boarding a bus to catch a plane at Hong Kong International Airport could soon be a thing of the past with plans afoot to build a bridge across the airfield.

Currently, any passengers travelling on flights from an isolated terminal called the North Satellite Concourse, must be ferried to or from the main airport building by a shuttle bus.

The Airport Authority has invited bids to build a structure linking the two buildings. The tender contract was expected to be issued in the third quarter of 2017 and construction would take at least two years.

Airlines have welcomed the proposal, saying it would further improve the passenger experience at one of the world’s most highly rated airports.

Few details have been made public, though the bridge could cost at least HK$2 billion, based on previous creations and factoring inflation and higher construction costs locally.

With the Airport Technology website providing a few extra details.

Known as Sky Bridge, the new 28m-high and 200m-long footbridge will help reduce travelling time for the passengers and the need for using shuttle buses, while providing space for the accommodation of the largest A380 flights.

The North Satellite Concourse was completed in 2009 and marked the first major expansion of gate capacity at Hong Kong International Airport.

To ensure the same level of service for the growing number of passengers flying on smaller aircraft, the Airport Authority has invested over HK$1 billion in the construction of a new North Satellite Concourse (NSC). The new concourse, which will be soft-opened on 17 December, will ensure that Hong Kong International Airport (HKIA) continues to meet its performance pledge of embarking and disembarking more than 90% of its passengers by air bridges.The NSC is designed to serve more than five million passengers a year at the initial stage.

Situated to the north of the Terminal 1 (T1), the NSC is a two-storey facility equipped with 10 frontal stands (gate numbers: 501 to 510) for narrow-bodied aircraft. Passengers using the new concourse depart as normal, completing their check-in, immigration and security procedures in either T1 or T2 before proceeding to a designated area at T1 to board a shuttle bus for the concourse. Waiting area of the concourse houses 10 retail and two catering outlets. Departing passengers may also take the shuttle to T1 at any time. Shuttle buses to and from the NSC will run every four minutes.

Passengers deplaning from an arriving flight at the facility will take a shuttle bus to T1 to clear customs and immigration, while transfer passengers will board a shuttle for their connecting flight at T1 or go to the NSC’s transfer area if their next flight departs from the same concourse.

The North Satellite Concourse is the standalone building visible in this overhead view of the airport. 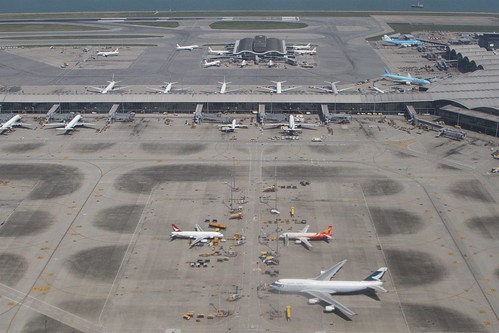 It is mainly used by smaller single aisle jets that carry 100-200 passengers each. 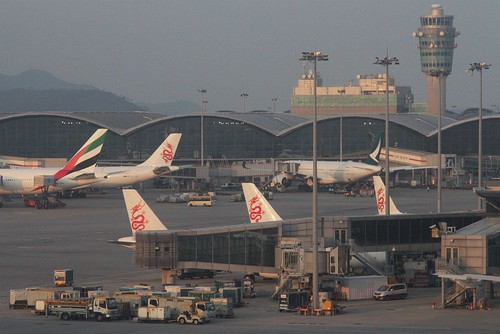 Surrounded on all sides by taxiways. 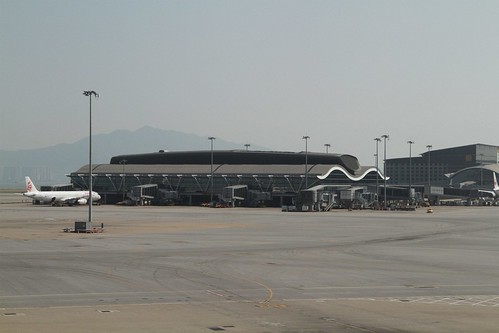 Shuttle buses are used to move passengers to and from the main terminal building. 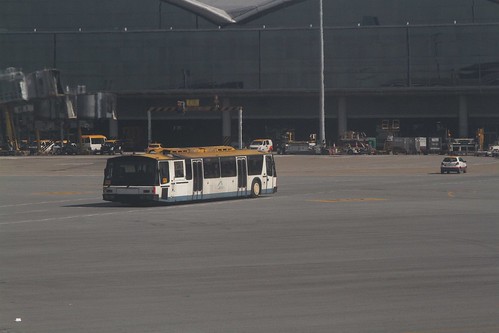 The buses departing from stations on the ground floor of each terminal. 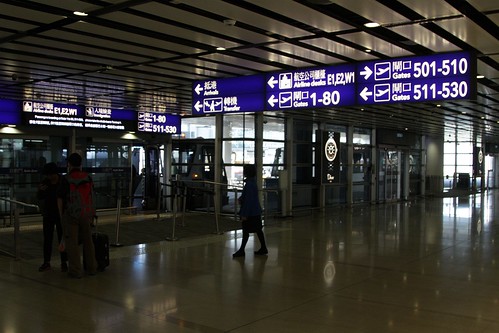 And a recent project

It is another terminal building isolated from the rest of the airport, this time located between the aircraft maintenance hangers and the air traffic control tower. 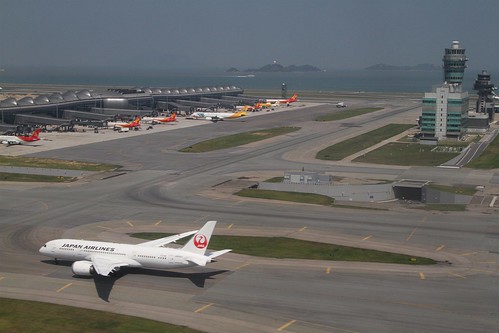 But access for air travellers is much easier – the existing airport people mover system was extended west to serve the new terminal. 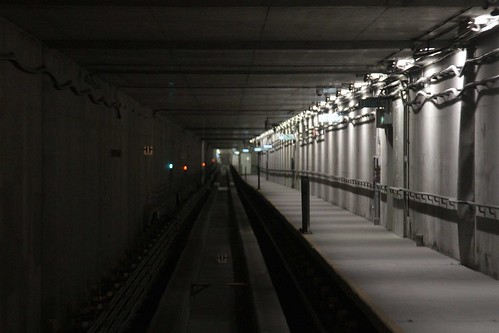 So why isn’t the North Satellite Concourse part of the same system?

I’m guessing two reasons – building a tunnel beneath an operating taxiway is complex, and a location of the terminal means a northward stub would need to be operated as a branch line from the rest of the system.

By March 2019 construction of the foundations for the sky bridge is now underway. 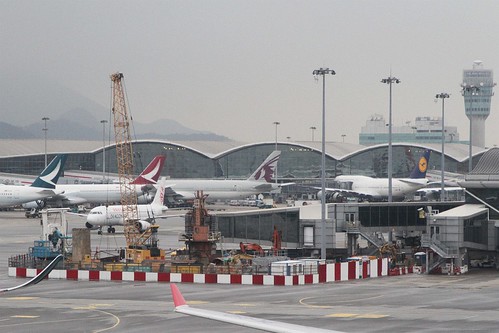 The bridge span was prefabricated in Zhongshan, and brought by sea to Hong Kong in three sections. 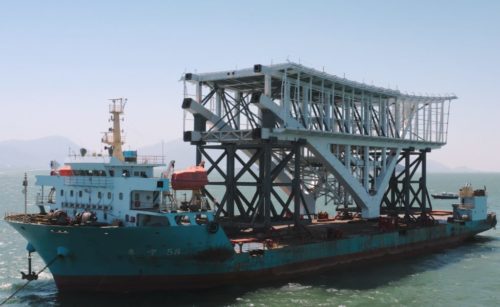 And moved to an yard in the midfield area, where they were assembled between September to October 2019. 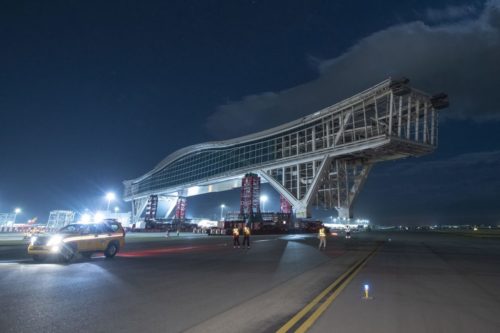 And in January 2020 the completed 5000 tonne bridge was then moved 3 kilometres to the final site. 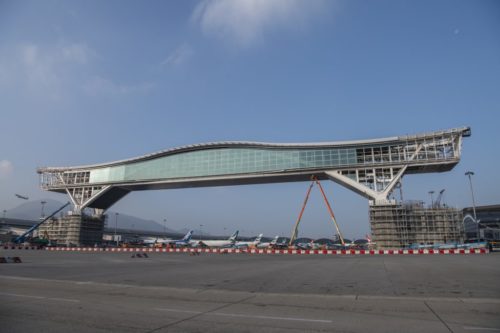 2 Responses to Bridging a taxiway at Hong Kong Airport