While wandering artound the streets of Yau Ma Tei, I came across a serious looking concrete building with a curious looking sign – ‘Shanghai Street Temporary Refuse Collection Point’. So why is a ‘temporary’ building so permanent looking? 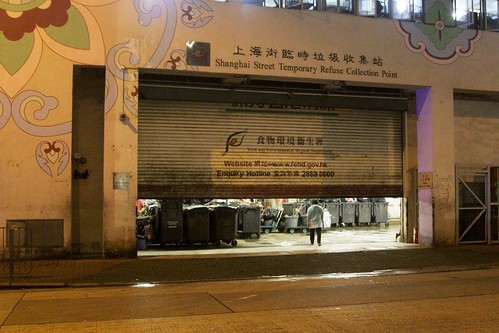 Turns out this isn’t the only ‘temporary’ government facility in Hong Kong. There is the Woosung Street Temporary Cooked Food Hawker Bazaar around the corner. 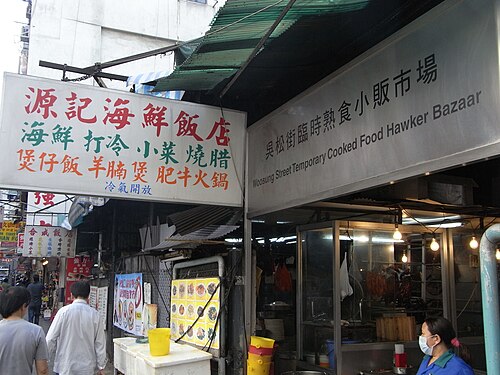 Photo by Mcwimgpos, via Wikimedia Commons 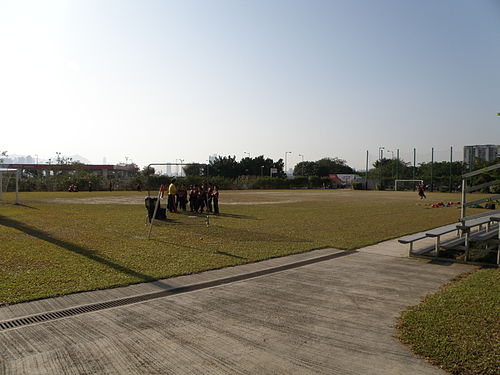 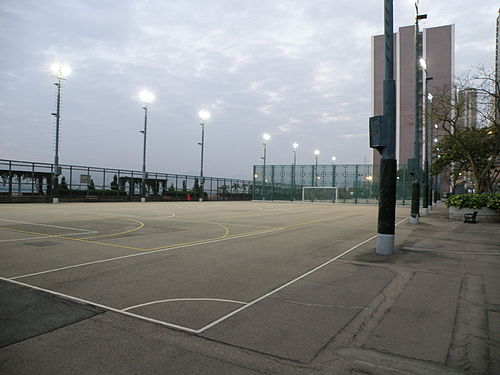 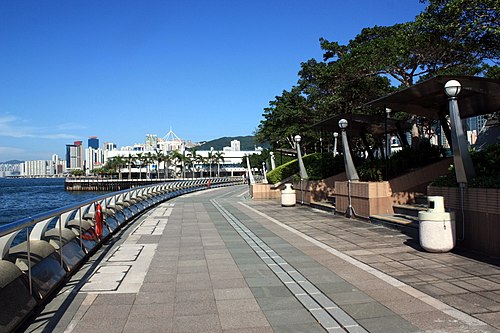 So why do ‘temporary’ structures last so long?

There is the ‘Haiphong Road Temporary Market’ in Tsim Sha Tsui.

Photo by Hpalsgm, via Wikimedia Commons

Dear Mr. Know-It-All,
What’s going on with the Haiphong Road Temporary Market? I walk past it all the time in Tsim Sha Tsui and it looks like it’s been there forever. – Market Mark

In Hong Kong terms, it pretty much has been there forever.

Haiphong Road is one of the few places in Hong Kong not named for a Chinese or British place or person. It actually takes its name from the northern Vietnamese port of Hai Phong, which once had close commercial ties to the area. Originally called Elgin Road, the avenue was renamed in 1909 to prevent confusion with the street in SoHo. (Other name changes in TST at the same time included Chater Street becoming Peking Road, Des Voeux Road turning into Chatham Road, and Robinson Road switching to Nathan Road).

As for the Haiphong Road Temporary Market—it’s even less temporary than you might have thought. It was created in 1978 to house hawkers displaced by the redevelopment of Canton Road, making it the oldest temporary market in the city.

The hawkers were squeezed into the awkward triangular space created by the construction of the Kowloon Park Drive flyover, and asked to wait it out until more suitable accommodation could be found. But a purpose-built building never appeared and the site is difficult to develop, thanks to the flyover overhead. And so the market continued and continues to this day, still temporary 37 years after it was set up.

Despite its ad-hoc nature, the Haiphong Road market is as permanent a part of Tsim Sha Tsui life as Chungking Mansions itself. 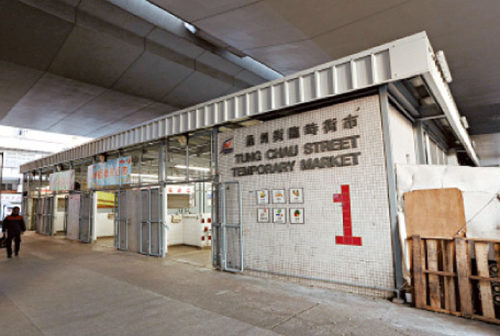 Which Apply Daily explains in a piece titled Market Story – On Borrowed Space:

The ‘Cadagan Street Temporary Garden’ in Sai Wan has another interesting story.

Built on the site of a rubbish incinerator and abattoir before turned into a park, local residents fighting to save the space from redevelopment.

Residents have been fighting against the demolition of the park, saying they will lose a vital green space.

The government announced the park’s demolition as part of redevelopment plans for Kennedy Town west in a bid to tackle the housing shortage. The site is expected to host more than 600 private flats.

Before the garden was constructed, the area was the site of an incinerator – which ceased operation in March 1993 – and an abattoir which closed in 1999. The government claims the waste produced by those facilities has contaminated the soil and requires it to be excavated and replaced, which would take seven years.

Residents worry excavation work will release contaminants into the air. They believe it would be better to leave the park in-situ to avoid such a risk, and leave residents with access to rare recreational space.

While the story of the ‘Wuhu Street Temporary Playground’ in Ho Man Tin shows that even temporary spaces can be temporarily closed.

From the Leisure and Cultural Services Department:

The Leisure and Cultural Services Department announced today (March 22) that the Wuhu Street Temporary Playground will be closed from March 26, 2012, to May 22, 2015, for the construction of the Kwun Tong Line Extension project by MTR Corporation Limited.

But the last word comes from the Hong Kong Government and the way they manage land.

There are instances where sites in development zones are ready for development, but the permanent developments according to planning are not yet ready for immediate implementation (e.g. due to service plan, demand, funding, or other reasons), or sites are kept as reserve for future uses (mainly for G/IC uses).

The Government would normally endeavour to put such available sites “in transition” into temporary or short-term gainful uses as far as possible, so as to avoid leaving the sites idle and make the best use of available land resource.

A common temporary usage of government land is open space – in 2017 a total of 748 allocations existed, covering a total area of about 76 hectares.

When providing these leisure facilities, the Government would consider a range of factors such as the area and duration of the land available for development, the surrounding environment, the needs of the residents in the district concerned as well as the facilities in nearby venues, etc., and consult the District Councils on the proposed design and facilities to be provided. As regards the temporary leisure facilities under the Leisure and Cultural Services Department, they are mainly small gardens, sitting-out areas and playgrounds. In respect of the management arrangements, they are managed in a similar way as other open spaces managed by the department.