Travelling the ‘wrong’ way down the East Rail Line

Given the British influence on Hong Kong road and rail have one thing in common – traffic runs to the left. However for trains this isn’t always so, as this video shows.

Filmed at University Station, we see a southbound train using the platform normally used by northbound trains, due to a failed train sitting in the other platform.

These movements are made possible by the provision of lineside signals on both tracks in both directions. 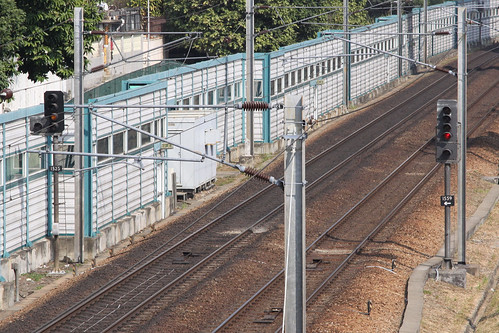 As well as crossovers to allow trains to pass between the two sets of tracks. 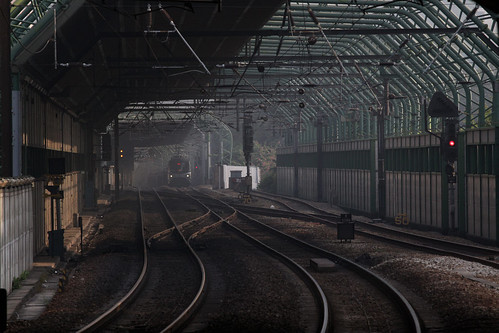 On the MTR East Rail line crossovers are provided at:

However running trains on the ‘wrong’ line to get around a broken down train isn’t an instant fix for service issues – forcing trains onto a single track causes long delays.

Here we see an East Rail train running on the ‘wrong’ line between Tai Po Market and University Stations, with a 16 minute wait until the line ahead was clear.

While this example shows single track working to avoid works at Ho Man Tin, resulting in the service between Hung Hom and Sha Tin stations being cut to one train every 10 minutes.

Despite the motorists of China driving on the right hand side of the road, the main line railways run on the left – an artefact of China’s first railway that was built by British interests.

Left- and right-hand traffic at Wikipedia.