Building the Shatin to Central Link tunnels at Shek O

On my 2016 trip to Hong Kong I headed to Shek O and found something odd along the way – a sign for the MTR’s new Shatin to Central Link railway project, despite the nearest piece of track being on the opposite side of Hong Kong Island. So what was the deal? 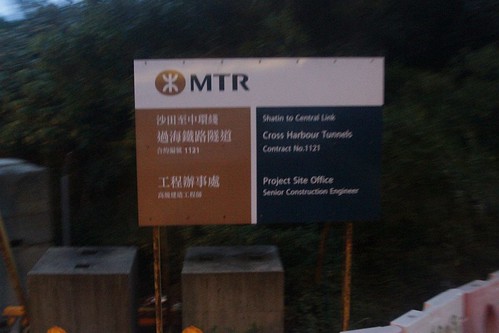 Shek O is better known for the beach. 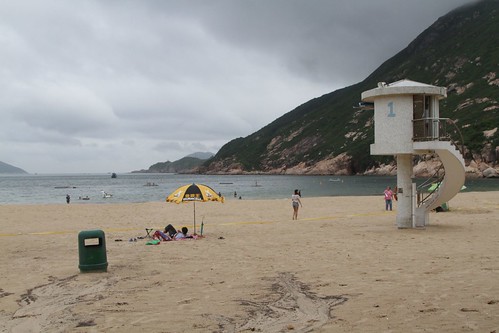 But the sign I saw referenced MTR contract #1121, which relates to the Cross Harbour Tunnels that will carry trains between Hung Hom and Causeway Bay, passing beneath Victoria Harbour. 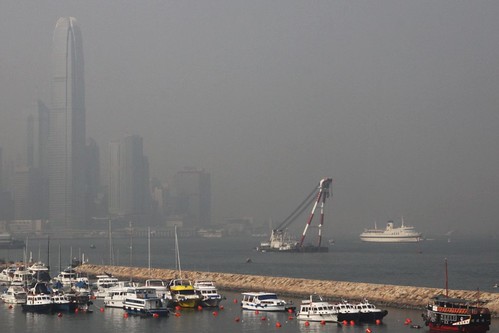 But investigating MTR contract #1121 finally gave me the reason for the Shatin to Central Link sign appearing in such an odd location.

Shatin to Central Link (SCL) Contract 1121 is the cross harbour tunnel to extend the East Rail Line (EAL) from the North Ventilation Building at Hung Hom Landfall to the Causeway Bay Typhoon Shelter (CBTS). As Immersed Tunnel (IMT) was selected as the construction method, a suitable casting basin is a pre-requisite for commencement of the immersed tube prefabrication work.

The ex-Shek O Quarry is the unique location in Hong Kong that is suitable for such large scale precasting work. It is located on the south-eastern part of Hong Kong Island, on the western side of D’Aguilar Peninsula and next to Shek O Country Park. Its favourable conditions for prefabrication of immersed tube tunnel sections includes its large and deep basin, which is capable for pre-casting of the whole immersed tunnel in one go.

The immersed tube tunnel sections are spaced out in the casting basin. (the original plan was for only 10 segments) 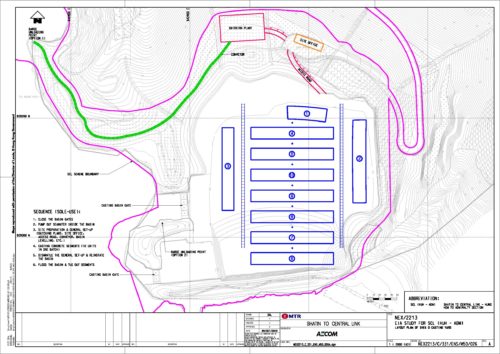 They also describe the casting process:

Three major items are needed to be set up in Shek O site to facilitate the pre-casting of the units. The first one is the temporary dock gates that were used to dam the two existing openings at the basin to allow the pumping away of contained seawater. A dock gate was formed as a gravity-type retaining wall made of seawall blocks with a sheet pile wall in front to seal in the water.

The second item is the barging point to facilitate the delivery of major construction materials by sea and relieve the traffic loading on Shek O Road.

The last item to be set up is the on-site concrete batching plant. It is the most critical facility for the reinforced concrete tunnel box pre-casting since the supply of concrete will directly affect the progress of work.

Once the casting basin was dewatered, formation work was carried out and concrete paving placed for precast unit construction.

By July 2016 work on the immersed tube tunnel sections was well underway. Many organisations visited the site, including the Hong Kong Institution of Engineers. Photo by the Hong Kong Institution of Engineers

And by March 2017 a milestone was reached – the completion of the final immersed tube tunnel section. 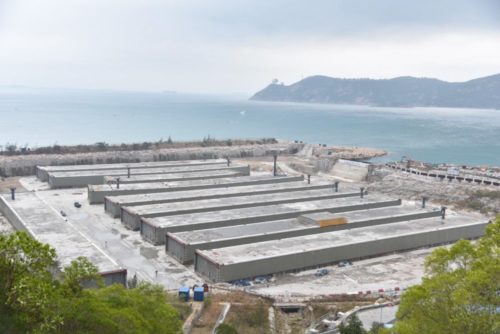 Two months later the casting basin had been completely flooded. 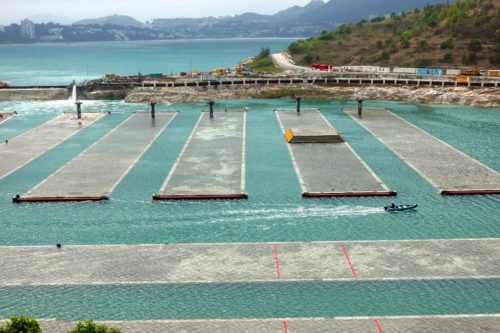 And in June 2017 the first tunnel section exited the basin, bound for Victoria Harbour. Where it will be prepared for the next stage of the tunnel construction process.

The IMT units will be towed one by one to a holding area near Tseung Kwan O for installation of two 30-metre surveying towers equipped with Global Positioning System (GPS).

They will then be attached to floating pontoons equipped with mooring wires and other immersion equipment. These systems and equipment will guide the complex yet highly controlled submersion process for each unit to ensure correct horizontal and longitudinal movements for precise positioning on the seabed.

This first, fully equipped IMT unit will then continue its journey to Victoria Harbour in mid June 2017 for immersion and installation in the vicinity of the Causeway Bay Typhoon Shelter.

And by 2018 the casting basin was looking rather empty. The final immersed tube tunnel segment was installed in April 2018. 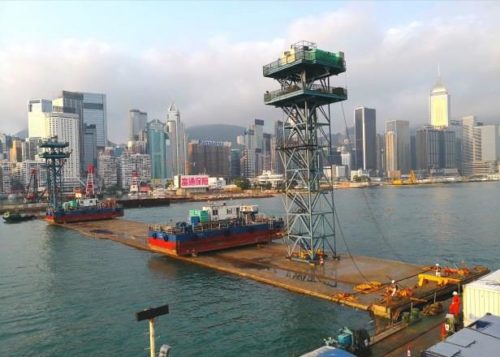 And by July 2018 reinstatement works for the Shek O casting yard had been completed.

“Adventure under Victoria Harbour” – a video by the MTR Corporation.