On my 2013 visit to Hong Kong I was sitting in front of the TV at my 姑媽 (aunt’s) house,trying to make sense of shows that I didn’t understand, where a commercial for a Hong Kong property development appeared during the ad break, with some sights that were very familiar to me.

The advert was for a development in Tseung Kwan O called The Papillons (海翩滙).

But this isn’t Hong Kong – but Southbank Promenade in Melbourne, Australia!

This cafe looks inviting, but isn’t in Hong Kong either – World Restaurant & Bar at Riverside Quay, again in Melbourne.

A “vibrant central piazza” is another feature – but it’s actually QV Melbourne.

“Streetscape of boutique and style”.

The people of Hong Kong aren’t big on coffee, but you can buy one at this new development.

Or you can at Cargo Restaurant in Melbourne.

There is a “grand tower lobby and drop-off area” – or there is at Crown Towers Melbourne.

Time for a drive – through the CityLink Sound Tube.

Then over the Bolte Bridge.

This can’t be a Hong Kong park – you’re allowed to walk on the grass!

That’s because it’s Fawkner Park in Melbourne, with Eureka Tower in the background.

And goal posts for Australian rules football hiding in the background.

So how do property developers they get away with such deceptive advertisements?

For some reason the film crew used some footage from a road tunnel that isn’t in Melbourne – I assume it’s somewhere in Hong Kong.

But they did bother to put a Hong Kong registration plate on the car.

The registration plates of Victoria look quite different.

So why does imagery of Melbourne feature so often? A check of their sales brochure finds more examples.

As well as a “Experiencing the Yarra River lifestyle” tag line.

So why do the developers think life in Melbourne is something to aspire to?

THE PAPILLONS is a riverside lifestyle avenue that connects pedestrian shopping streets. The streets are full of trees, fashion shops, and tasteful restaurants that extend to the riverside. Its freehand atmosphere is like being in Melbourne, Australia

But some culture shock

The developers claim The Papillons is a “low-density development with spectacular views”.

In Melbourne, “low density” looks like this – houses sprawling over the countryside. 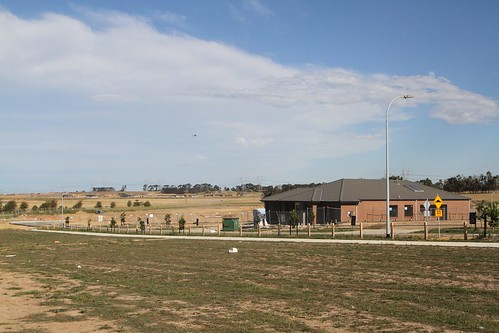 But the Hong Kong version is a cluster of “only” six apartment towers, ranging in height 12 to 18 storeys. 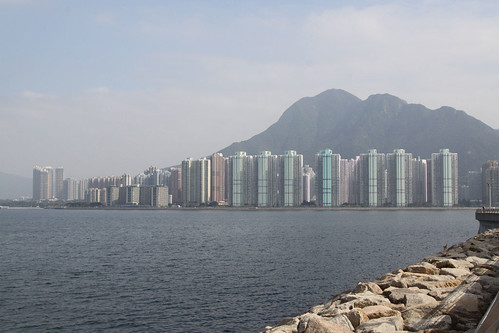 A footnote on helmets

Australia is one of the few countries in the world where bicycle helmets are required by law, so spotting a Melbourne cyclist without one is a rare sight – except in the video, where they left it out.

Compare this to a 2016 advertising campaign by global airline Emirates, who had to photoshop a bike helmet onto the head of a cyclist, so that the advertisement would comply with Australia’s advertising laws.