MTR Through Trains and the Express Rail Link

September 2018 saw first high-speed train service travel between between Hong Kong and Mainland China, following the opening of the the new Express Rail Link and the new West Kowloon Terminus. So what has happened to the locomotive hauled Intercity Through Trains and their terminus at Hung Hom?

My initial thought was that the Intercity Through Trains would be redirected to the new railway, removing the need for overtaking moves on the East Rail line, and freeing up track capacity for more MTR services. 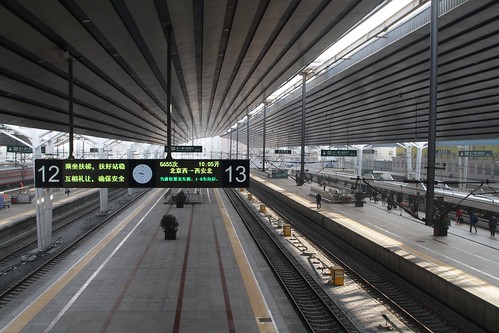 The Wikipedia article on the West Kowloon Terminus suggested both long and short distance trains would use the new terminal:

With the MTR’s Express Rail Link website listing the destinations served by the new railway.

But a few months after the new express rail link opened, and MTR Intercity Through Trains continue to run from Hung Hom station. 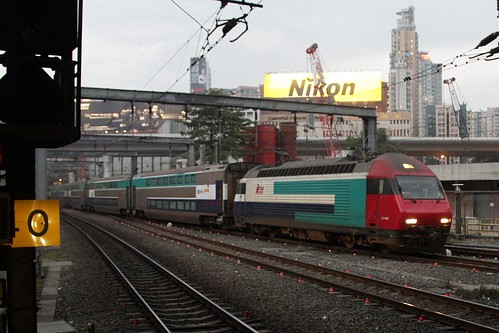 With no mention of service changes on the MTR website. 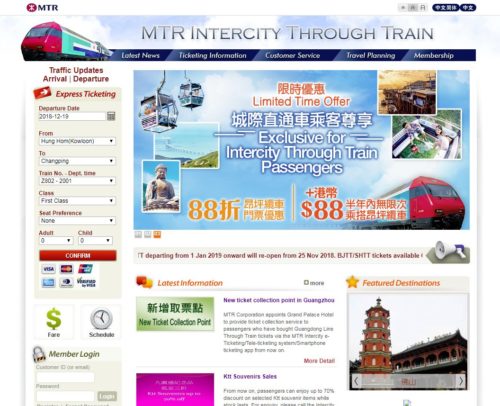 And train travel website The Man in Seat 61 listing three options to travel from Hong Kong to Beijing.

So how long will locomotive hauled trains continue on the MTR East Rail line? The new Shatin to Central Link works at Hung Hom have left space for them, so who knows.

Over on the HKiTalk forums I found another theory:

The design of the Hong Kong section is only suitable for the EMU. The loading gauge of the underground tunnels is too small for SS8 locomotives and 25T carriages, and their axle load is too high

True? I can’t be sure, but it sounds logical.

My readers weigh in

@tzk1810 on Twitter explains why the existing Through Trains can’t use the new line.

There is no connection linking between the existing Guangshen line and the High-speed line. But I hear they just start building a connecting line somewhere in Dongguan recently. So yes as you said one day in future they will redirect to the new HS line. pic.twitter.com/V0Sg3ryRUU

The junction between HS and existing line now make train depart from W. Kowloon impossible to go to Guangzhou CBD directly. So the Intercity through train will still use the old route until that connection link complete. pic.twitter.com/O40j9cF909

And a different track connection 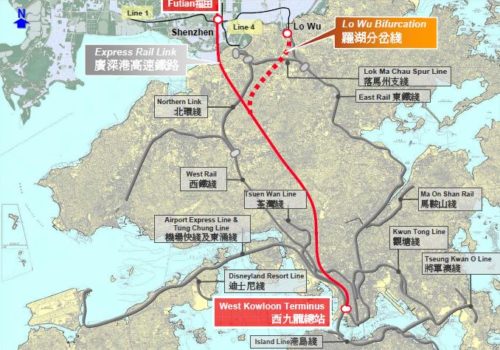 Stub tunnels for this link were provided in the Express Rail Link mainline. 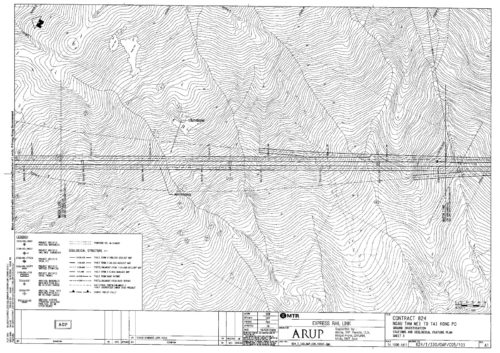 But the MTR states they have no plans to complete the link any time soon.

But the MTR Corporation said the plans were a ‘nominal provision’ to allow for the possibility of an extension in future on a line expected to operate for more than 100 years.

‘This does not mean that there is an actual plan for such extensions as there is no such need at present,’ an MTR spokesman said.

The MTR did study having the express rail services use the existing line to the mainland, which runs via Lo Wu, but there was no plan for a spur line, the spokesman said.

The Transport and Housing Bureau also said there was no plan for an extension, though a spokesman said it would ‘regularly review the long- term railway needs of Hong Kong and will consult the public when updating the long-term blueprint’.

Here is a diagram of the track and platform layout, included in a 2012 ArchDaily article. 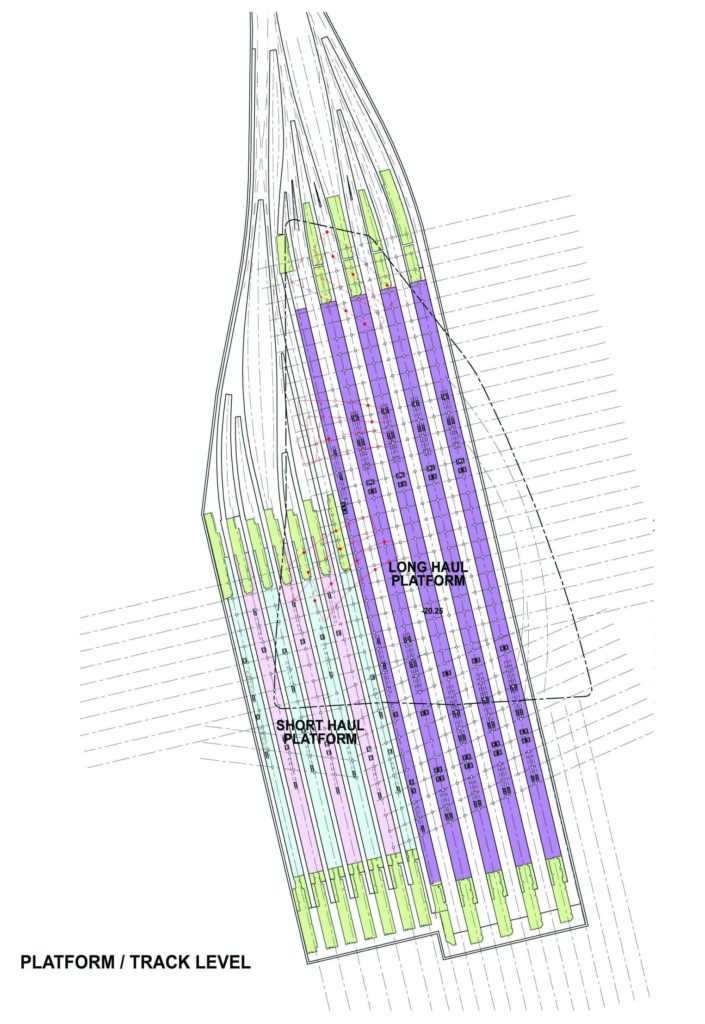 The Wikipedia article on the West Kowloon Terminus explains the track layout:

And here it is overlayed on the surrounding neighbourhood. 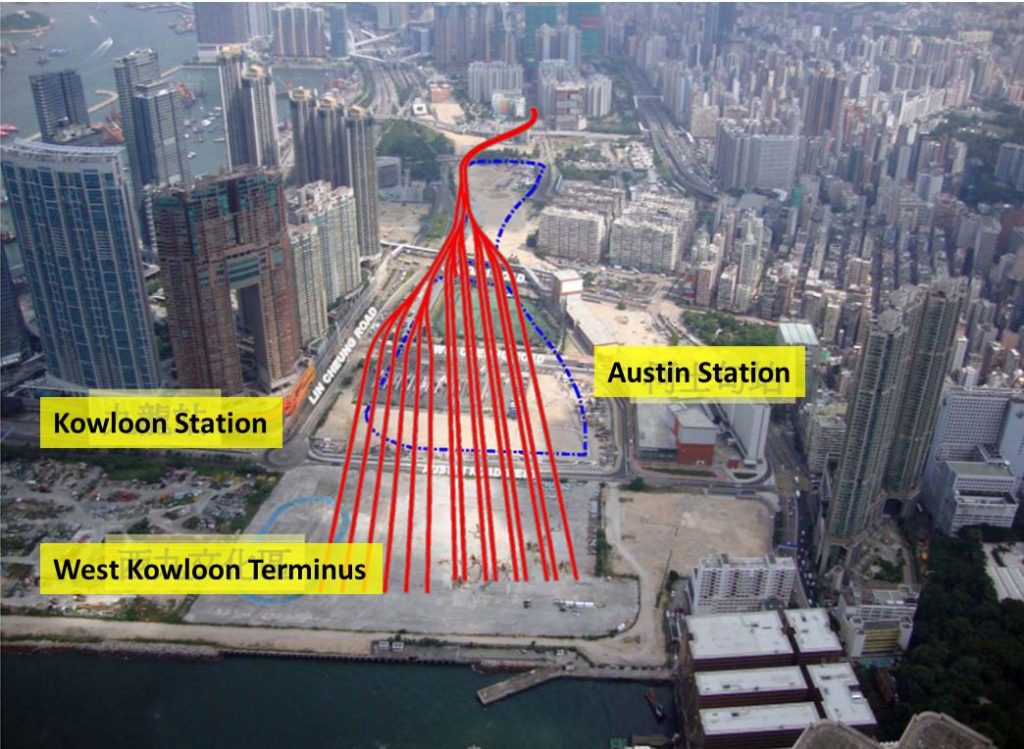 2 Responses to MTR Through Trains and the Express Rail Link