Trolleybuses normally require a web of overhead wires in order to supply power to the electric vehicles that run beneath them – but in the streets of Beijing’s Wangfujing shopping district, they aren’t necessary. 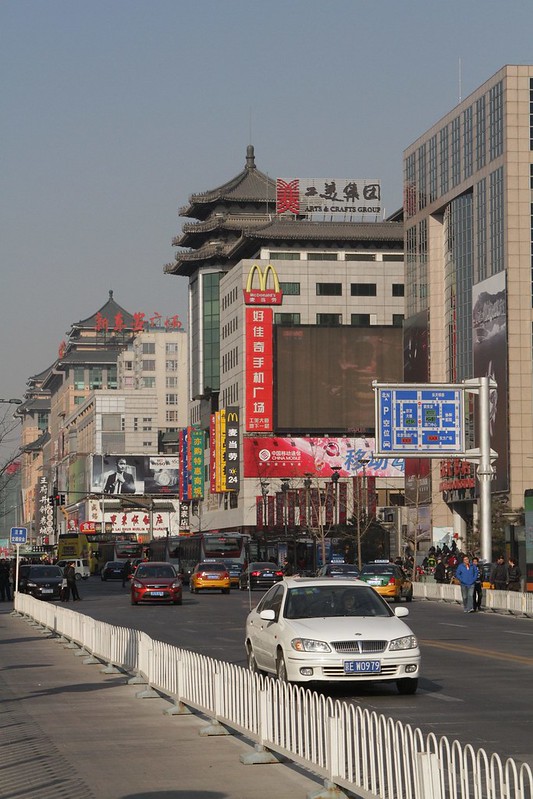 The buses drop their trolleypoles. 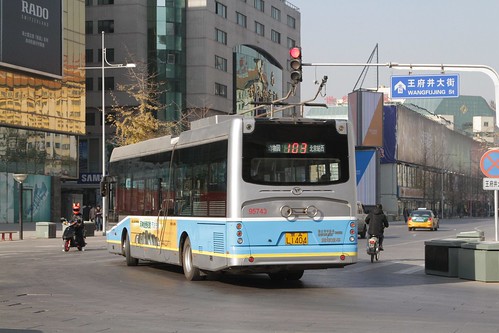 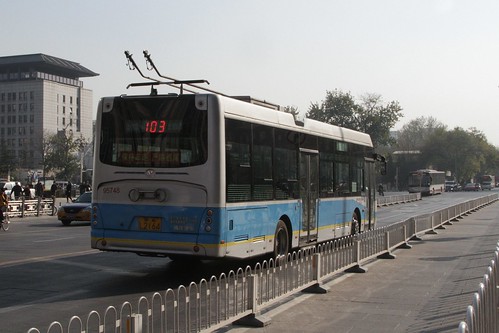 Having switched to battery power instead. 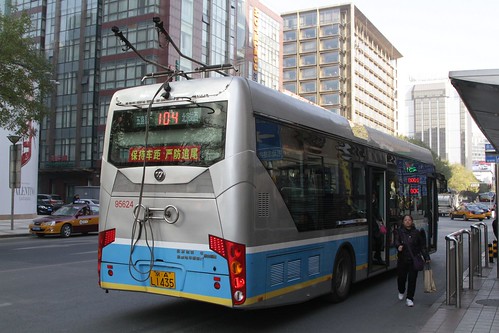 Then put their trolleypoles back up elsewhere in the city. 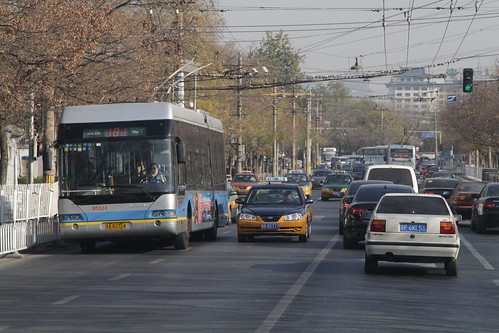 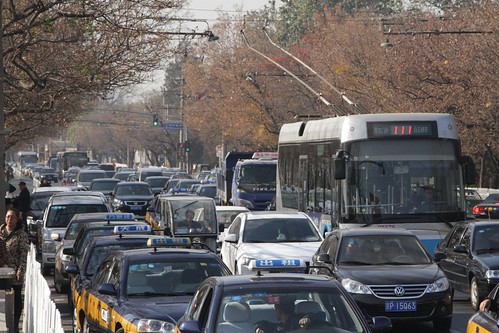 The Beijing Bus article at Wikipedia has more detail on the the history of Beijing’s trolleybuses.