Kai Tak Airport was once the international airport for Hong Kong, with the single runway and eight jetbridges somehow handing 30 million passengers and 1.5 million tonnes of freight per year, before it was replaced by the current Hong Kong International Airport at Chek Lap Kok in 1998. This diagram from 1988 shows how constrained the terminal building was. 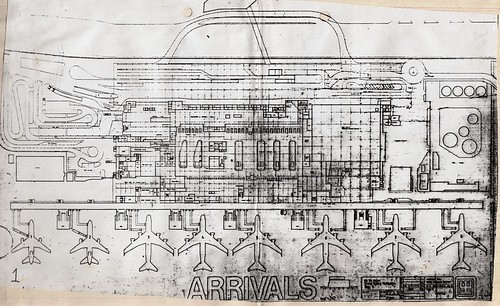 This aerodrome chart dated 1996 shows how the rest of the airport was no different. 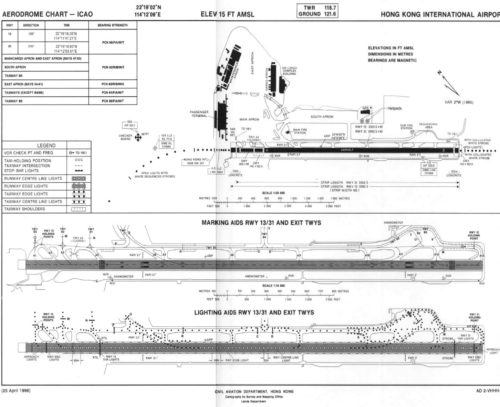 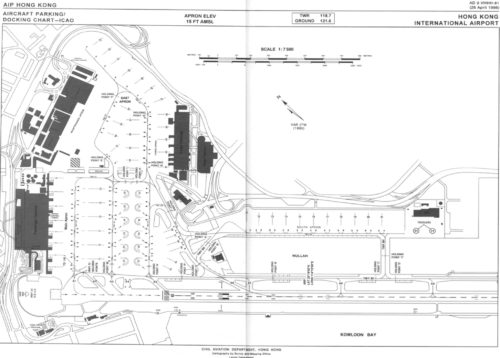 The Civil Aviation Department has some background on the diagrams found above:

Upon the completion of Stage 4 development of the passenger terminal building in 1981, a study of the capacity of various facilities in the passenger terminal building revealed the need for the further expansion of the terminal to cope with air traffic forecast in the early 90s. The Stage 5 development of the terminal was commenced in 1984 and completed in 1988, increasing the design capacity to 18 million passengers per annum by adding terminal parking facilities, check – in counters and baggage reclaim units.

In 1987, to cater for the strong increase in air traffic at Kai Tak during its remaining life before the availability of the replacement airport, another series of expansion and improvement projects initiated. In 1991, Terminal 2 of the Hong Kong Air Cargo Terminal was commissioned providing an annual air cargo handling capacity of 1.5 million tonnes per annum. In 1992, the expansion of the East Apron which provided 4 additional parking bays for B747 – 400 aircraft and a general aviation aircraft parking area were completed. Finally, in 1994 an expansion of the South Apron provided 11 more parking bays for B747 aircraft. The design capacity of the airport reached 24 million passengers per annum.

The terminal diagrams dated 1988 were uploaded by Joseph K.K. Lee.

The charts dated 1996 were obtained by a Flight Sim airport designer via email from the Hong Kong Civil Aviation Department.

A cleaner version of these charts can be found in the unofficial information package compiled by the IVAO Hong Kong Division – in particular the aircraft parking and docking chart.