Crossing the border on the Hong Kong-Zhuhai-Macao Bridge

The Hong Kong-Zhuhai-Macao Bridge connects Hong Kong to Mainland China – but where does the bridge cross from the waters of Hong Kong into China’s Guangdong Province, and what marks it? 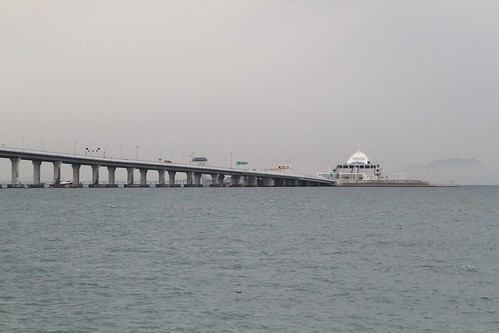 So where is the border?

From a legal perspective people cross the border at the “Hong Kong Boundary Crossing Facilities“, located on a 150 hectare artificial island reclaimed from the open waters off the northeast of the Hong Kong International Airport. 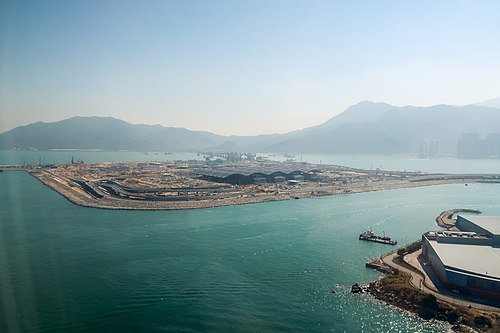 Which means the 12 kilometre long road between the border crossing and the geographic border itself is a “sterile” area – just like an airport terminal.

But the geographic border is hard to spot once the bridge itself – you need to look out for the ‘Guangdong Boundary’ sign just before entering the underwater tunnel.

The Hong Kong-Zhuhai-Macao Bridge is divided into two sections:

The Hong Kong SAR border is marked on this Highways Department diagram of the bridge. 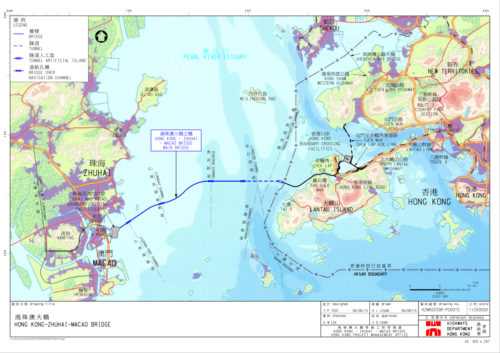 The two sections of the bridge were constructed under separate contracts – one in Hong Kong, the other in China. This meant that the eastern side of the HZMB Main Bridge immersed tube tunnel included a short section of viaduct as far as the border. 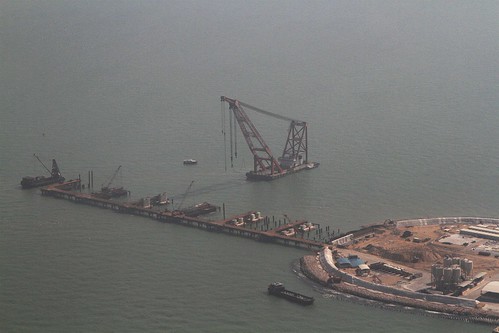 The Hong Kong Link Road reached this short stub on 27 January 2017 and a ceremony was held on the Hong Kong side of the border, in front of an interesting feature – a big steel fence preventing access to the Mainland China side! 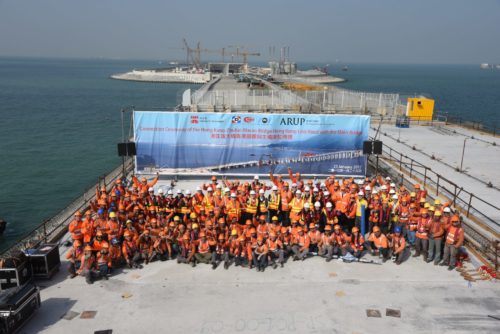 This border fence remained in place while the finishing touches were applied to the bridge. 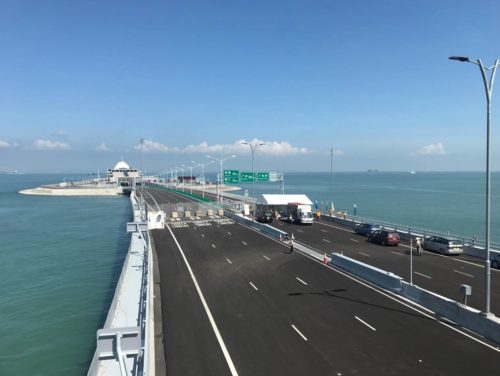 On 19 October 2018 the Hong Kong media were taken on a tour of the bridge as far as the border fence. 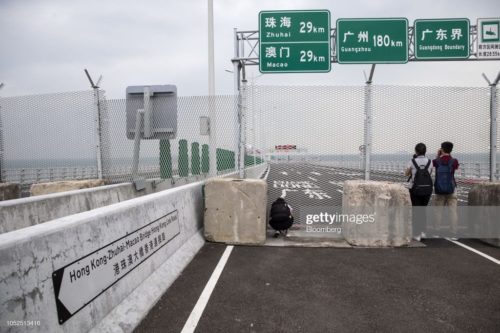 The fence highlights the differences of road design between the two sides.

Down at water level the border is also visible – the left pier is in Mainland China waters and the pier to the right is in Hong Kong. 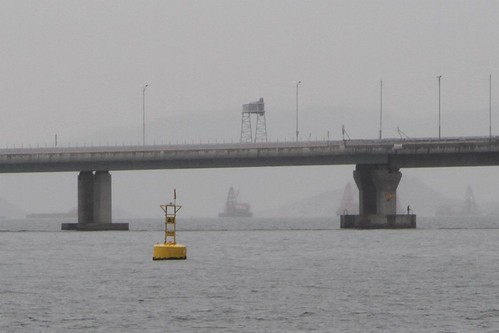 The different styles of bridge parapet and pier design are visible from this angle, as well as a curious design feature – the bridge span from the Chinese side crosses over the border, where there is an expansion gap atop ‘Pier 0’ of the Hong Kong Link Road.

Due to the close proximity of the two countries, the Hong Kong Police Force keep a patrol boat in the area. 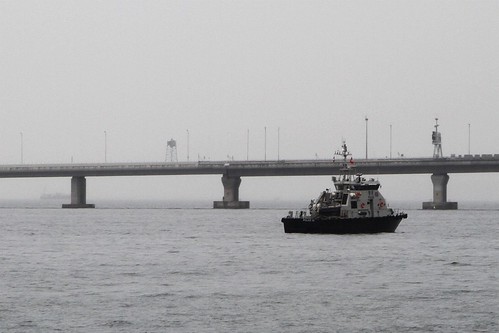 Did you notice the fisherman sitting atop the pier on the Hong Kong site?