My last look at railway accidents in Hong Kong was 2012, but the MTR isn’t making my job easy – they’ve managed to crash two trains so far during 2019. UPDATE: Immediately after I published this post, MTR have crashed another train!

On 18 March 2019, a two-train collision occurred at Central station during testing of the new signalling system on the Tsuen Wan Line. 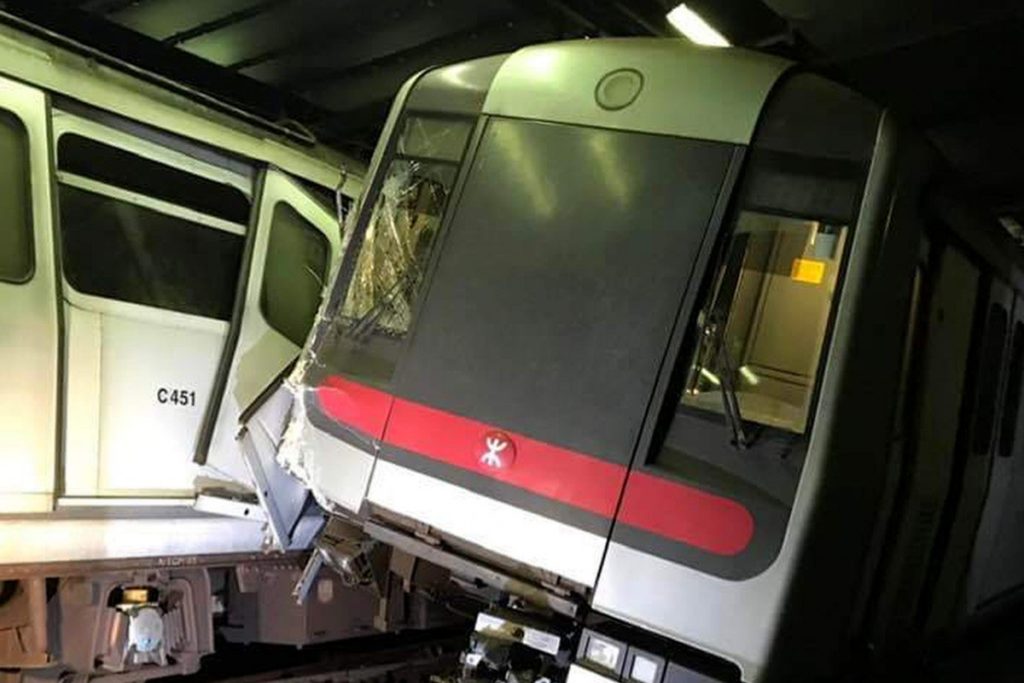 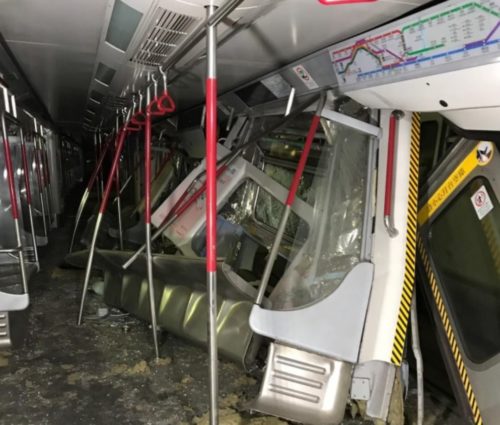 The Electrical and Mechanical Services Department’s (EMSD) led an investigation into the incident, finding that it was caused by a programming error introduced into the the new signalling system at the design and development stage.

On 17 September 2019 at MTR East Rail train derailed on the approach to Hung Hom station. 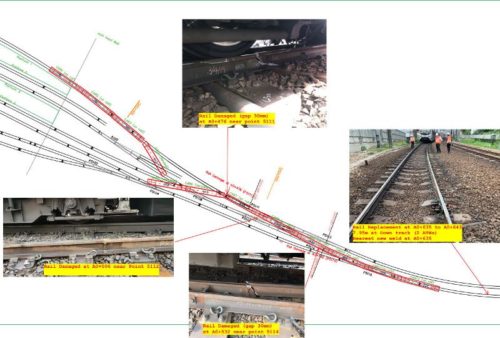 The train split into two, with one half mounting a buffer stop and damaging a door.

The cause of the crash is still unknown, with investigations still underway.

Not protest related news in #HongKong.
A #MTR train have crashed in Lai King station. Which is highly unusual of MTR, 3 derailment since 2019. pic.twitter.com/WIc8WsCbVf

It is believed that the train derailed on a catch point while entering the centre turnback siding.