A fire door for trains in the Tai Lam tunnel 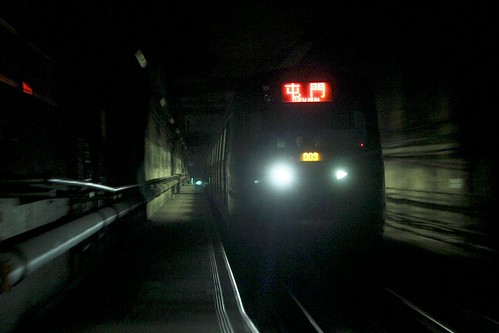 The longest railway tunnel in Hong Kong is the 5.5 kilometre long Tai Lam Tunnel, passing beneath the peaks of Tai Lam Country Park, on the West Rail line between Tsuen Wan West in Kowloon and Kam Sheung Road station in the New Territories. 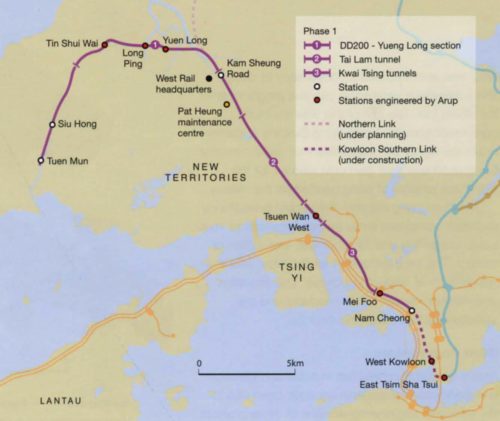 The original plan was for a pair of single-track tube bored tunnels, with interconnecting cross passages every 250 metres for emergency evacuation, but a twin-track single tube with centre partition wall design was adopted due to it being simpler to construct. 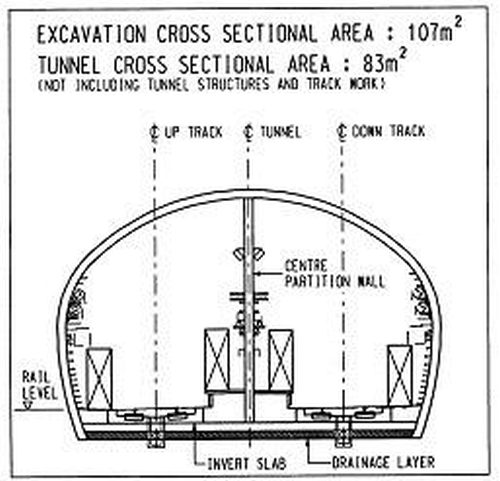 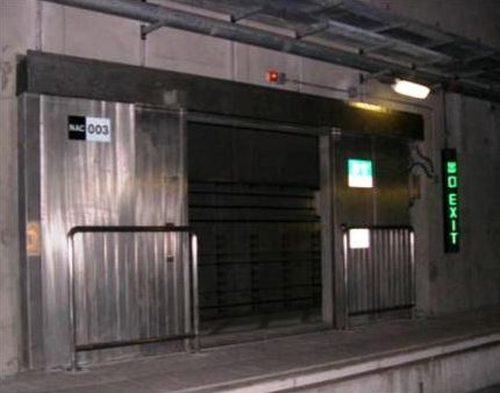 But the biggest door was required for the crossover cavern midway along the tunnel, which allows the diversion of trains onto the other track.

Raymond Wong describes the door as such.

The track crossover opening in the partition wall is 52 metres long and 8 metres high. It is sealed by a large pair of sliding doors, each leaf measuring 27m long by 6m high (162 sq m surface area) and weighing 30 tonnes, which will provide 4 hour fire resistance period between tracks.

The crossover door installed will be one of only two systems of its kind in the world, the other being in the Channel Tunnel, between the UK and France.

The crossover door is normally closed during usual operation hours, but in the unlikely event of an emergency or for routine maintenance, it can be remotely controlled from Tsuen Wan West Station
which is located approximately 3.5km to the south of the crossover.

Operation of the door is interlocked with the automatic train operation systems to provide maximum safety, such that the door can only be in motion when the point device is locked and there are no trains on the track.

And they prove their worth

On 14 February 2007 a transformer caught fire atop a West Rail line train inside the Tai Lam Tunnel, requiring the emergency evacuation of 1,000 passengers from the train – completed without any major injuries or fatalities, thanks to the safety features of the tunnel.

The other underground crossover fire door is on the Channel Tunnel between Britain and France – the double track tunnel is divided up into six sections by two undersea crossover caverns 165 metres long, 22 metres wide and 15 metres high, with safe evacuation made possible thanks to the pair of sliding doors 33.5 metres long, 6.85 metres high and weighing 92 tonnes.