Hong Kong doesn’t build their own rail vehicles, so they need to be imported from overseas. But how do they arrive? 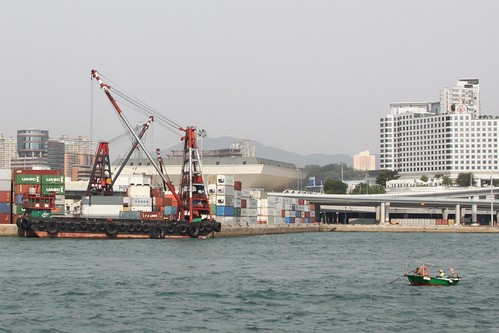 Trains for the pre-merger KCR network have historically been unloaded at the wharf at Hung Hom, which has a direct rail connection to their network. 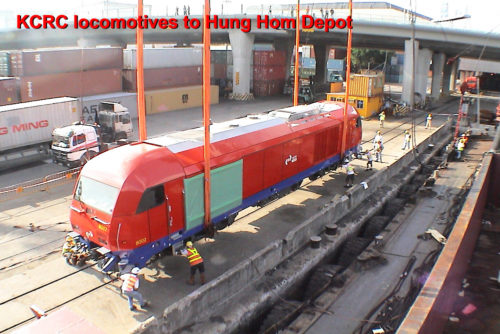 Both locomotives and EMUs being unloaded from cargo lighters by onboard cranes. 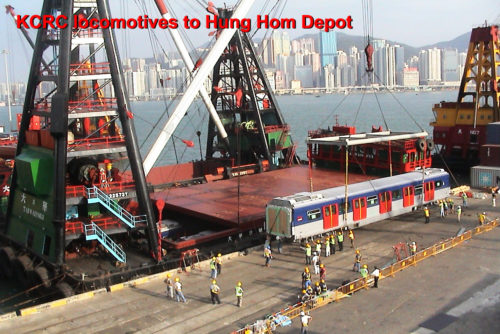 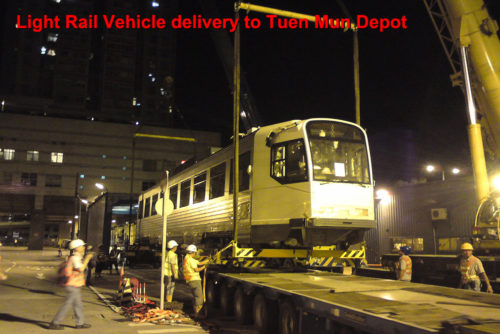 Train deliveries for the MTR also require a short road journey, being unloaded from cargo lighters at Siu Ho Wan, next door to the MTR depot. And to the depot

From either Hung Hom or Siu Ho Wan hidden track connections allow trains to be taken anywhere on the MTR network. 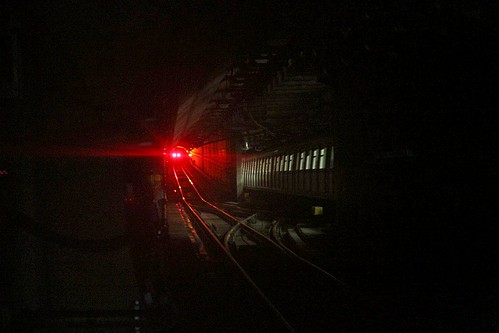 With the exception of the South Island Line, which requires trains to be trucked to Wong Chuk Hang Depot. The KCR steam locomotive fleet was also unloaded from ships, such as this UNRRA 2-8-0 locomotive that arrived in 1947.

A note on track connections

As part of the initial construction of the MTR system, consideration was given to a track connection at Kowloon Tong Station for the delivery of MTR trains into the tunnel via the East Rail line. But that plan was abandoned, the tunnel never built, and trains delivered by road to the Kowloon Bay depot, until the opening of Siu Ho Wan depot as part of the Lantau Airport Railway project in the 1990s provided a more convenient wharf for deliveries.