Whitty Street Depot is the head office and main maintenance facility for the Hong Kong Tramways, located off Des Voeux Road West at the western end of Hong Kong Island. A friend of mine discovered an ‘Emergency Tram Operation’ sign in the back streets of Shek Tong Tsui, so I had to take a look for myself. 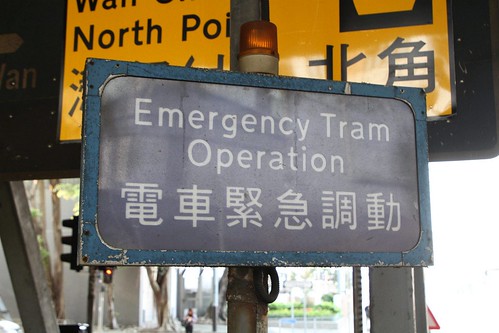 Headed into the depot

On Des Voeux Road West is the Shek Tong Tsui Terminus, which allows westbound trams to return to Central. 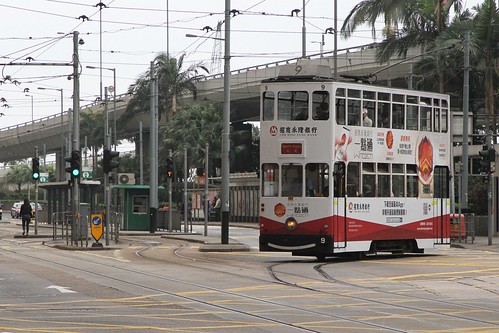 A short distance away is a triangular junction leading to the Whitty Street Depot. 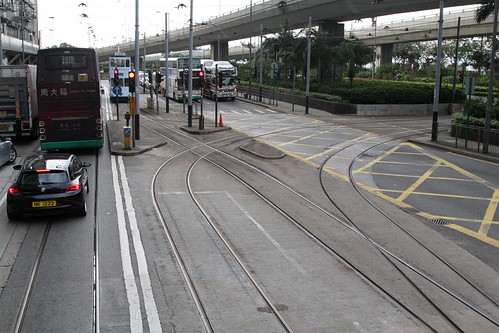 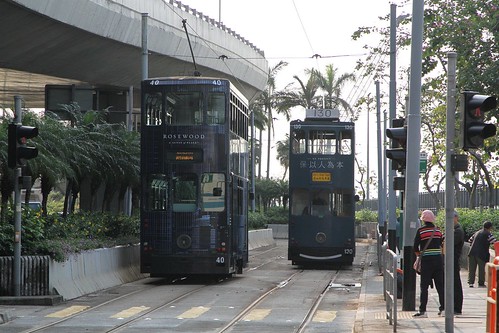 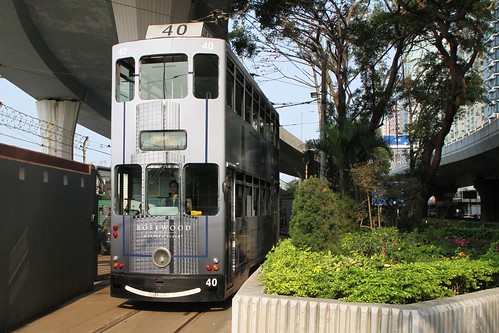 And into the depot. 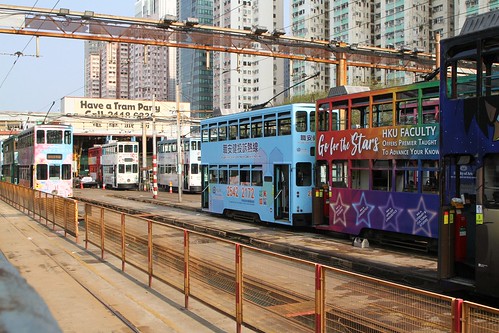 Where there is a tangle of tracks and reversing loops.

Extract from map by Maximilian Dörrbecker

And around the back gate

The back fence of the tram depot runs along Fung Mat Road. 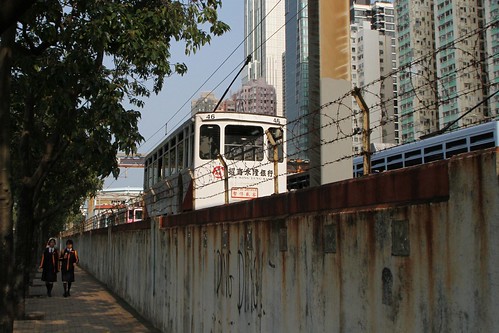 Where there is a set of points leading off the reversing loop. 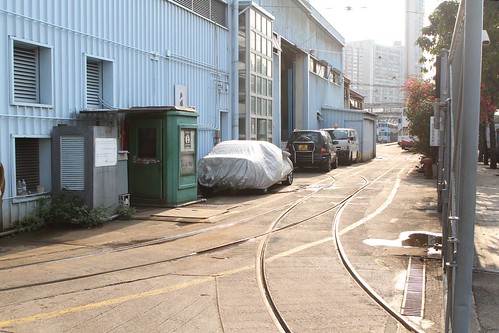 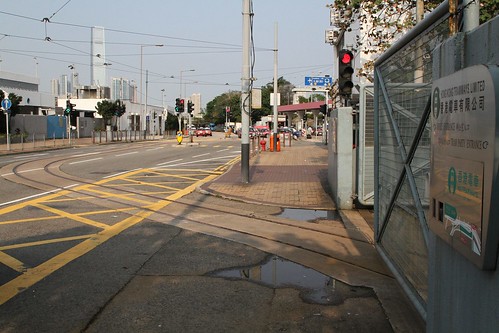 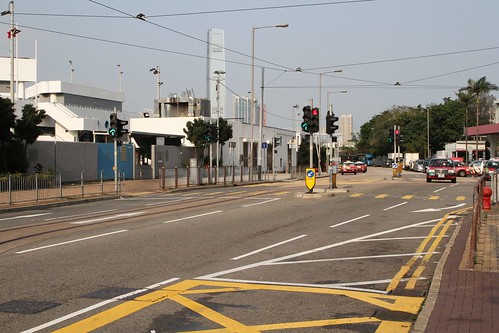 Then turns south into Water Street. 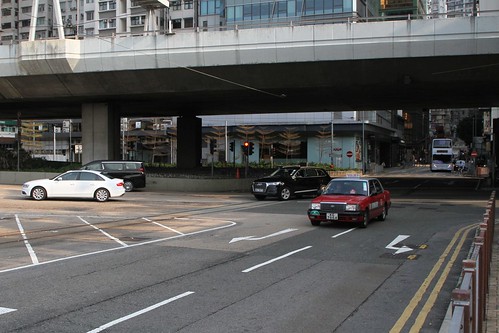 It then passes under the Connaught Road West overpass. 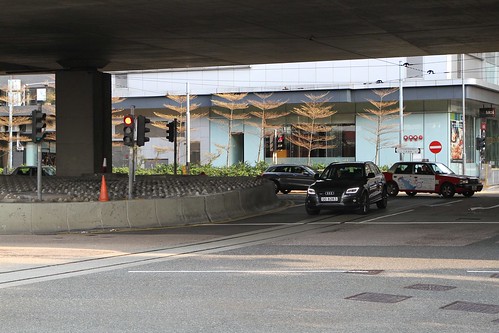 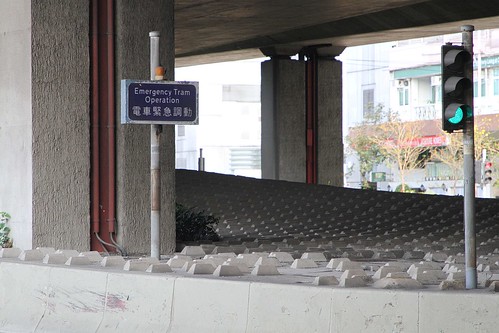 The tram track then curves east into Connaught Road West, headed against the flow of westbound road traffic. 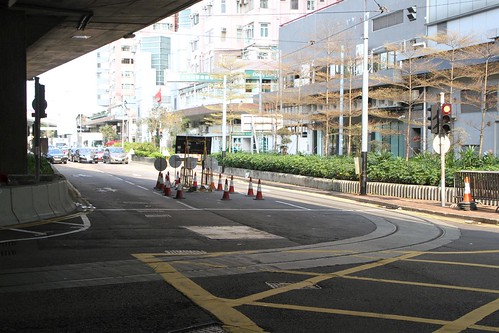 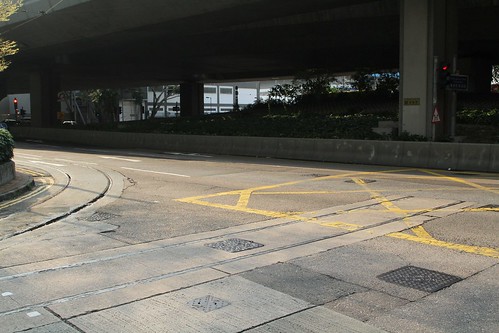 Where there is a short section of disused track. 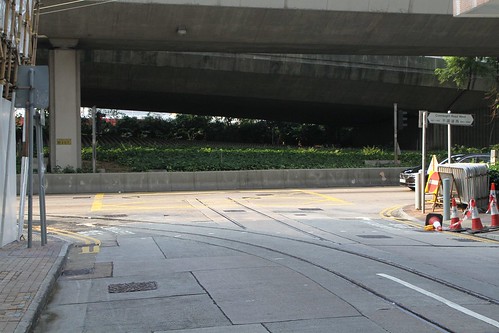 Leading into the underside of the Connaught Road West flyover. 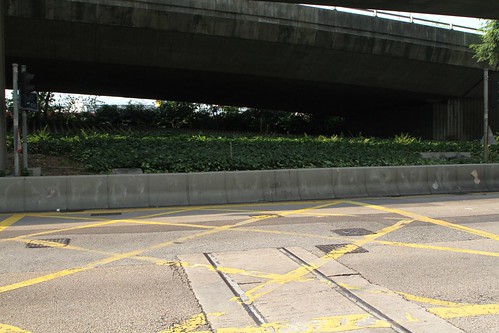 The disused track is disconnected from the mainline. 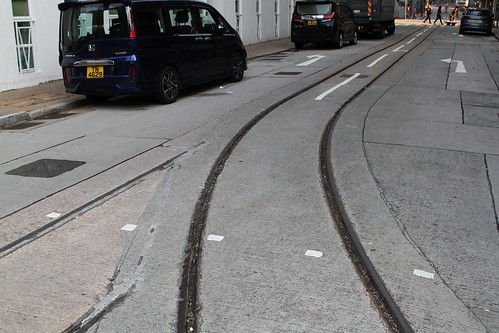 But even the rails of the ‘active’ track are well and truly pitted by rust. 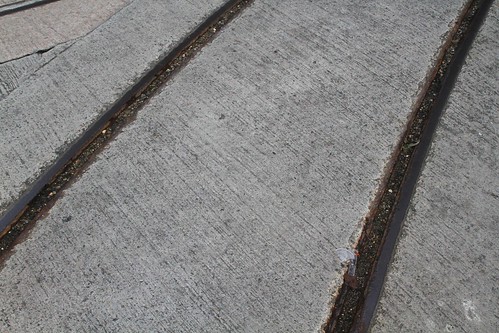 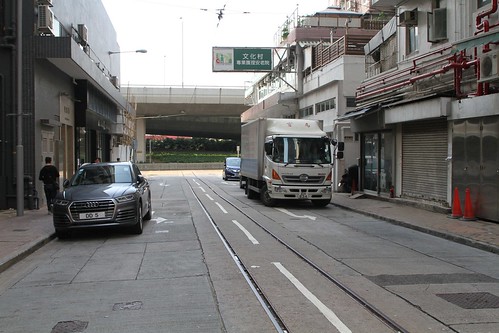 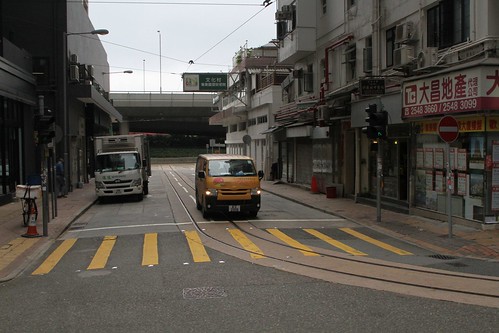 And then rejoin the main route along Des Voeux Road West. 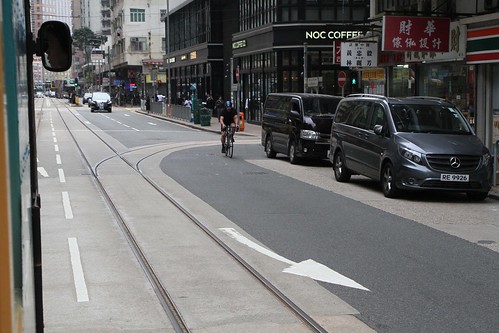 So why does this track exists?

Whitty Street Depot opened in 1989, but I can’t find a reference to when the ‘back’ track to the depot was provided – presumably it was built at the same time as the depot.

As for the disused section of track at Chiu Kwong Street, from what I have been able to piece together, this is a result of the construction of the Connaught Road West flyover in the 1990s.

Connaught Road West once ran at ground level, with the single tram track running in the middle of the road. To make room for the flyover the track was moved to the south, leaving a stub of the old track behind. The same project also saw the Shek Tong Tsui Terminus and main depot access track relocated to make space.

And the ‘Emergency Tram Operation’ signs at Connaught Road West and Water Street? In both streets trams leaving the depot are headed in the opposite direction to road traffic – which means that police need to be attendance to direct traffic whenever trams use the section.