Hong Kong has dozens of road tunnels passing under Victoria Harbour and through the numerous mountain ranges. But there is one road tunnel that is absolutely useless – the Airport Tunnel on Chek Lap Kok. 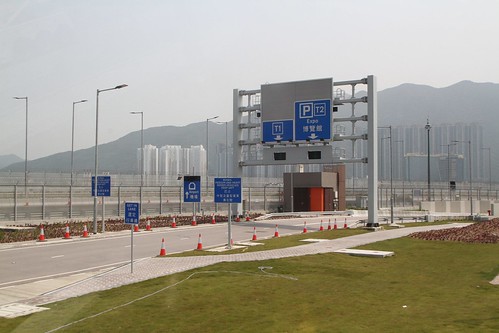 and was built as part of the

The Airport Tunnel (機場隧道) is a 800 metre one-way two-lane untolled road tunnel, opened to traffic in 2018, built as part of the Hong Kong-Zhuhai-Macao Bridge boondoggle. The tunnel passes beneath the Cathay Dragon head office. The journey starts on the Hong Kong Boundary Crossing Facilities (HKBCF) island, where you have three options – Airport, Tung Chung, or AsiaWorld Expo. Outside the tunnel portal there is a big tow truck. 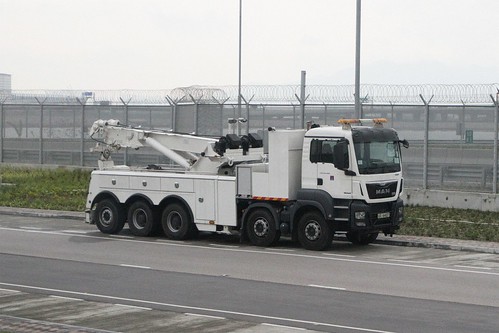 And a small one. 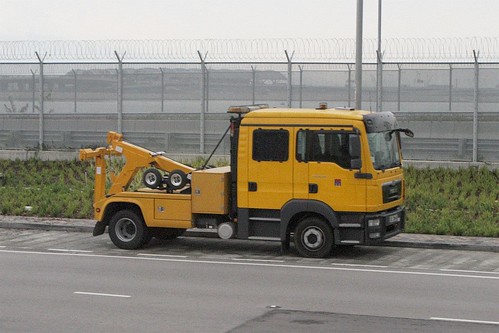 We then head down the ramp into the Airport Tunnel. And into the dark. Until we finally come back to the surface, having done a 180 degree turn. Where we join traffic on Airport Road towards the main HKIA terminals. And the pointless part

Turns out the looping route made possible by the Airport Tunnel isn’t actually needed – other roads provide the same connection between the Hong Kong Boundary Crossing Facilities and the airport. But it requires weaving across two lanes of traffic – so only buses are allowed to take the shortcut. But buses still have the option to go the long way around via Tung Wing Road and the Airport Tunnel should traffic conditions require it.

In 1982 the a different ‘Airport Tunnel’ opened in Hong Kong – running 1.26 km beneath the runway of Kai Tak Airport, connecting Kowloon Bay to Ma Tau Kok.

In 1998 Hong Kong International Airport was relocated from Kowloon City to Chek Lap Kok, but the tunnel kept the old name, confusing unsuspecting motorists, until it was decided to rename it the ‘Kai Tak Tunnel’ in 2006.