Normally when building a new underground railway, a tunnel boring machine will be used to excavate the subterranean path for trains to run along. But in the case of the MTR West Island Line project, they needed to do the opposite – use a tunnel *dismantling* machine to demolish an existing tunnel. 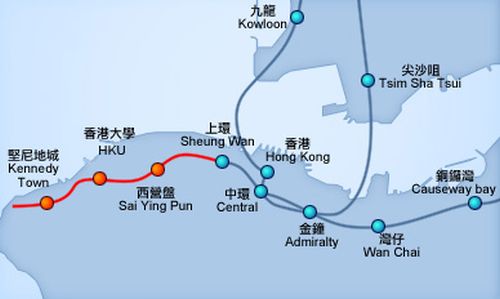 And was constructed as an extension of the existing Island Line at Sheung Wan. 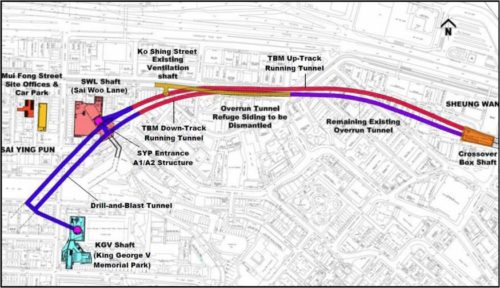 However the path of the new tunnels overlapped with an existing overrun tunnel at Sheung Wan. 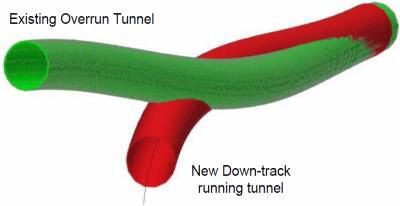 Which was lined with precast concrete rings.

So a world first solution was developed – a tunnel dismantling machine. 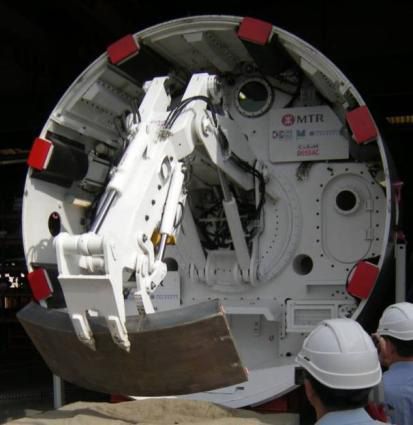 Removing the tunnel lining segments one by one, and then backfilling the void left behind.

Leaving solid ground for a conventional tunnel boring machine to excavate through.

Part of the future railway tunnel alignment is overlapping with the existing Sheung Wan Station overrun tunnel. The overlapping section has to be demolished, removing the tunnel lining as it contains reinforcement bars that would damage the Tunnel Boring Machine constructing the new tunnel.

In order to ensure the successful completion of the works with minimium impact to the community, several options were reviewed but each one had difficulties associated with it. Compared to opencut excavation or demolishing the lining with hand tools, using a Tunnel Dismantling Machine (TDM) would minimize both the traffic and environmental impacts of noise and dust nuisance. The workers’
health and the underground stability can both be assured by using the TDM. For these works, the contractor of the MTR Corporation developed the world’s first bespoke TDM to dismantle the Sheung
Wan Station overrun tunnel.

After assembling the French-designed TDM, tunnel dismantling work started underneath Queen Street driving westwards in mid-May. The TDM pressurises the void in front of the machine at 2.8 Bar (equivalent to the pressure 28m below water) to retain the ground when removing the lining. Tunnel lining segments of about 1m wide and 30cm thick are then removed by the TDM. Sprayed concrete is applied on the tunnel wall as temporary support, with the dismantled tunnel then backfilled with concrete. The tunnel dismantling works are anticipated to be completed by the end of the year.

With further detail in a paper presented at the 2017 International Conference on Transportation Geotechnics and Geoecology.

To tackle the challenge while minimizing construction risks, a bespoke tunnel dismantling machine (TDM) was innovated. The TDM worked backwards from the operational railway interface inside the ORT to remove each lining segment ring under 2.8 bar compressed air pressure, sprayed shotcrete lining for temporary support, and backfilled the remaining void left underground. The crew behind the demolition chamber of TDM worked under atmospheric pressure. Part of the backfilled tunnel was then re-excavated by slurry TBM to form the re-aligned WIL Down-track running tunnel.

The TDM was able to accomplish the works safely and led to the successful opening of WIL. This paper explicates the development of the world-wide unprecedented TDM and the construction process of ORT demolition.