Hong Kong is one of the most densely populated cities on earth, but it isn’t just houses that are stacked up tall – factories and warehouses are as well. 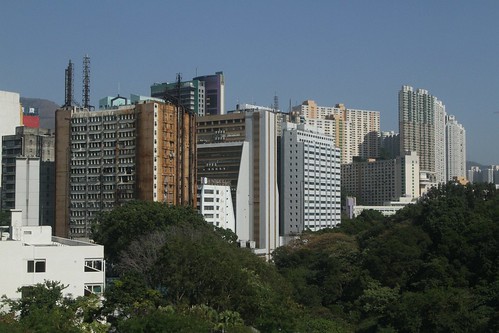 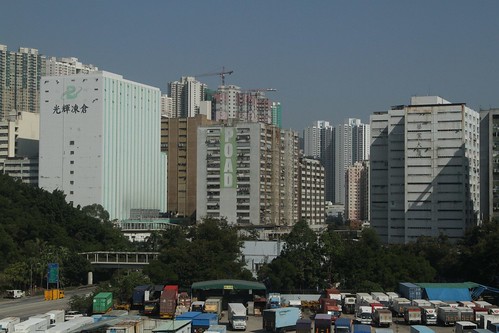 Divided up into a rabbit warren of storage units and work rooms. 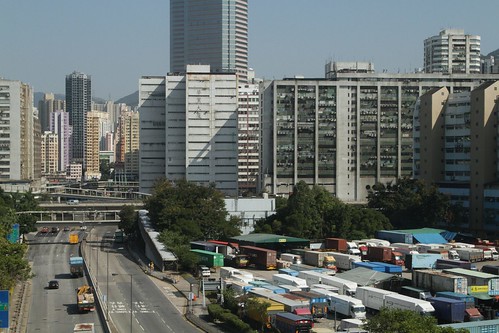 Goods come in and out via a loading dock at ground level, with turntables used to direct trucks into parking bays. 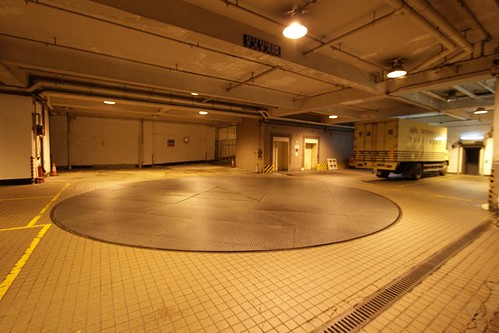 San Po Kong is an older industrial district, but no less dense. 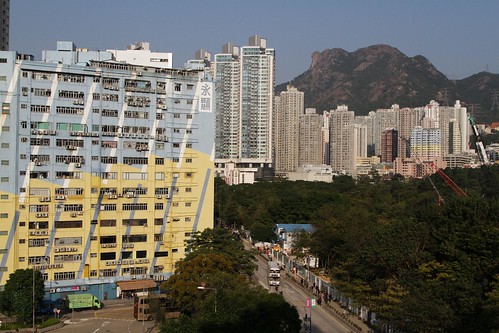 With Kwun Tong being another. 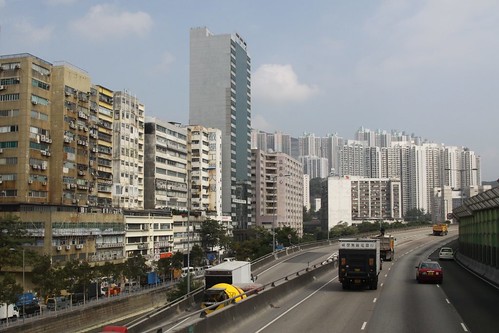 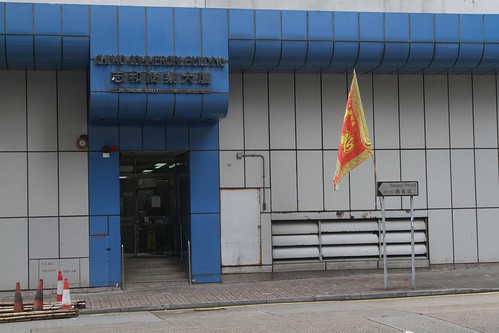 And other districts have the ground level of apartment buildings taken over by workshops. 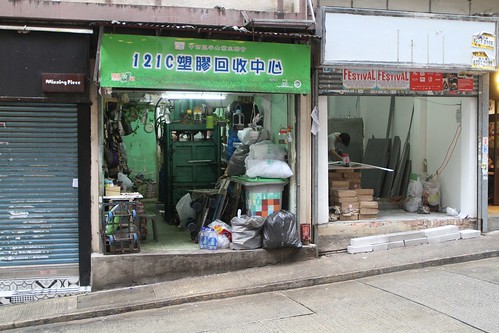 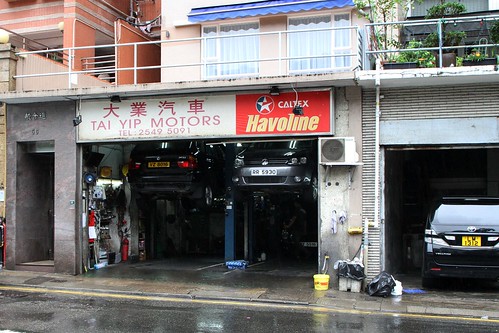 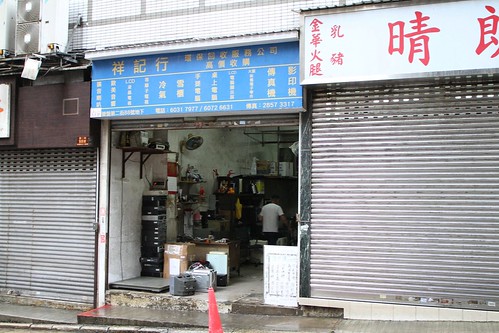 And by the water

The Kwai Tsing Container Terminals are one of the busiest ports in the world. 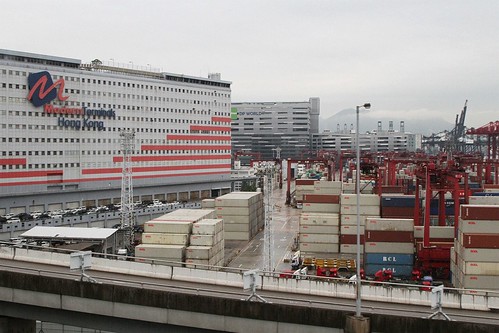 But with little space, massive multi-storey warehouses have been built to handle cargo. 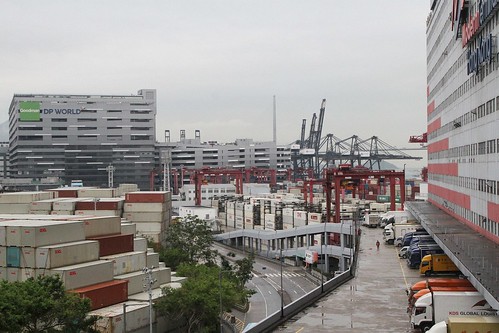 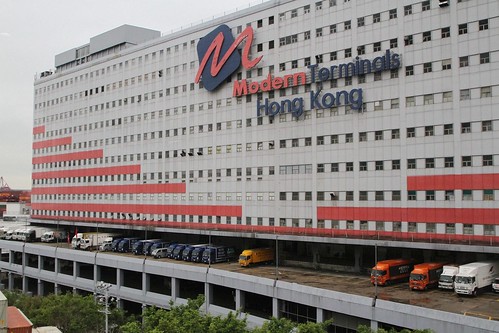 And spiral ramps to allow trucks to access the upper floors. 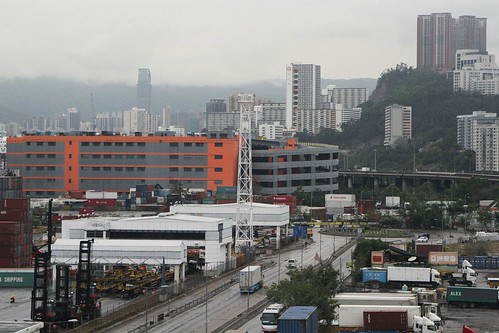 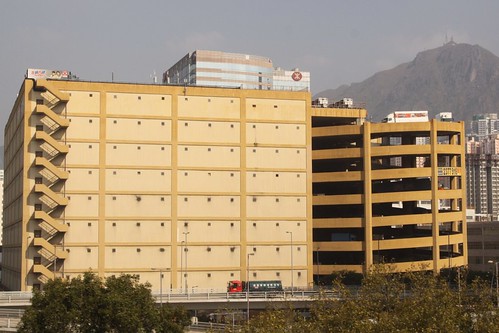 Beside Kowloon Bay at Kwun Tong. 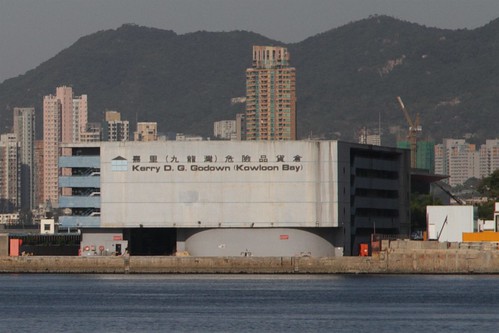 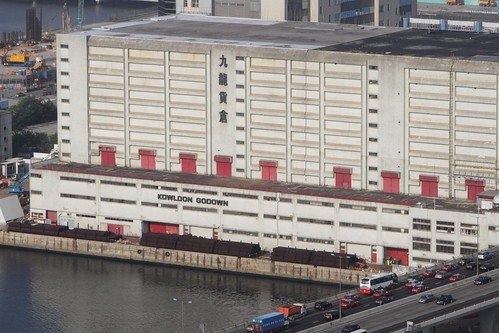 And by the wharves in Kennedy Town. 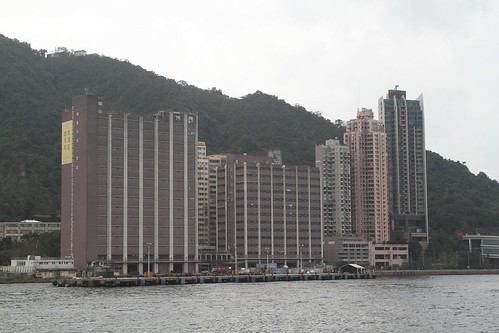 Turns out the Hong Kong government didn’t just build public housing towers, but public *factory* blocks. Between 1957 and 1973 eight multi-storey factory estates were built by the Government of Hong Kong Resettlement Department, with another nine built by it’s successor the Hong Kong Housing Authority between 1973 and 1984.

Six of these later estates are still leased to tenants today.

This entry was posted in Everyday Life and tagged factory, Hong Kong, industry. Bookmark the permalink.