MTR Metro Cammell EMUs off to the scrap yard

It had to happen some day, and March 2021 is it – the first of Hong Kong’s Metro Cammell EMUs have been retired from service and despatched to the scrap yard. 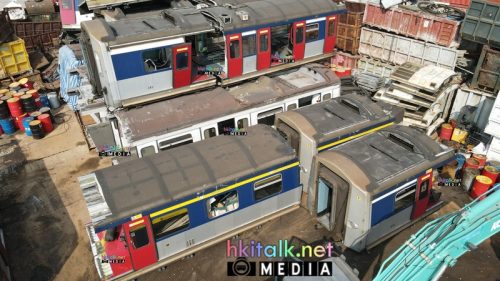 This thread on the hkitalk.net forums covers the scrapping process, with multiple East Rail Line EMUs chopped up into chunks then transported by road to a scrap yard in the New Territories for recycling.

The East Rail line trains are being replaced by 9-car Hyundai Rotem EMUs. 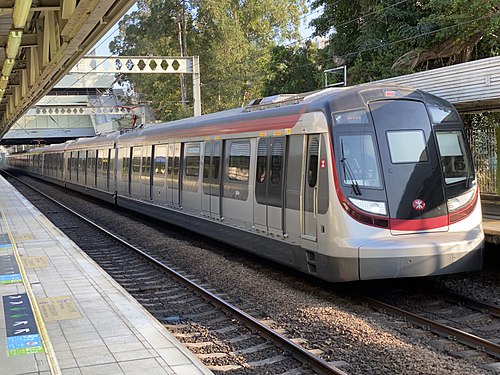 In order to cope with the extension of the East Rail Line across the harbour as part of the under the Sha Tin to Central Link project, the MTR plans to gradually replace the current 12-car trains with 9-car trains made in South Korea.

Many railway fan groups on the Internet have recently published articles stating that a large number of decommissioned MTR trains have been found in a scrap yard in the New Territories. The photos show that at least 10 carriages have accumulated in the yard, like a “carriage hill”. These are British-made trains running on the East Rail Line earlier, and some of them are also British-made trains that run on urban lines. Seeing that the old MTR trains were crushed into scrap metal, some railway fans bluntly expressed their heartache and thought that the revitalisation of these retired trains could be considered as a memorial and to leave a collective memory for the public.

MTR responded that as some of the 12-car trains on the East Rail Line have reached the year of retirement, given the large number of trains, while exploring feasible community donations, the company has also entrusted a contractor to handle the decommissioned trains through open tenders. The MTR has required contractors to dismantle recyclable components in accordance with the relevant laws and guidelines of the Environmental Protection Department and ensure that the treatment process will not cause environmental pollution problems.

The MTR added that when the train reaches the end of its asset life, the company will invest in the purchase and replacement of new trains in accordance with the asset renewal plan. When handling decommissioned trains and car equipment, MTR will explore different feasibility, including donating to community partners for appropriate purposes. In the past, it has donated a decommissioned train to the Fire Services Department as a simulation training facility.

The MTR Corporation had invited tenders for the decommissioning of 29 Metro Cammel EMUs back in 2016.

Decommissioning and Removal of Used EMUs
Contract No.: Q045298

MTR Corporation Limited invites qualified companies to express their interest in tendering for the decommissioning and removal of used Electric Multiple Units (EMUs).

29 consists of 12-car Metro Cammell EMUs are currently running in the Corporation’s East Rail Line and are planned to be in service until one month prior to their scheduled service retirement dates from end 2017 to 2019. The Corporation is open to consider various feasible means/methods for removal of these EMUs, from resale as whole trains to disposal as scrap. The Corporation will also consider any feasible community service plans or environmental initiatives utilizing the retired trains. Interested companies and entities are welcome to register according to the instructions below.

The prequalification process for the tender will take place in April 2016 and tenders will be invited in the second half of 2016.

The similarly aged Metro Cammell M-Train stock as used on the ‘urban lines‘ are also up for retirement soon, to be replaced by the CSR Qingdao Sifang built ‘Urban Lines Vision Train‘. 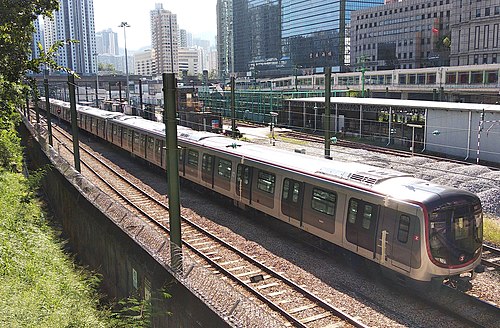 Photo by Sanmosa, via Wikimedia Commons

So far the only M-Train stock to have been scrapped are accident damaged carriages, such as this one at Tsuen Wan Depot in March 2021.