Tiananmen Square is a major tourist attraction located in the heart of Beijing, so you’d thinking finding out the closing time would be easy – but you’d be wrong! 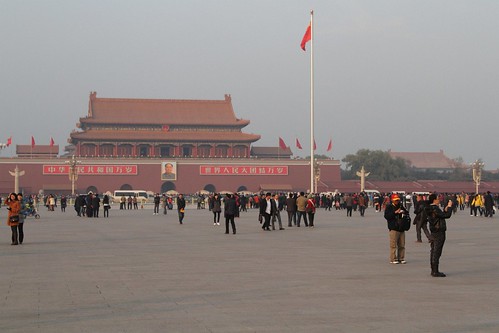 Time to pay a visit

I visited Tiananmen Square after a long day of sightseeing, and the sun was starting to go down. 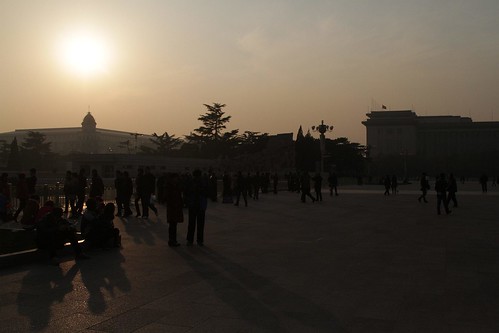 When soldiers from the Beijing Garrison Honor Guard Battalion marched in. 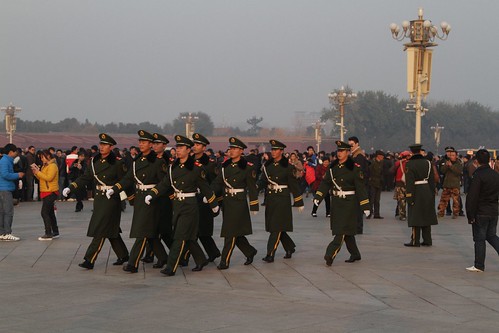 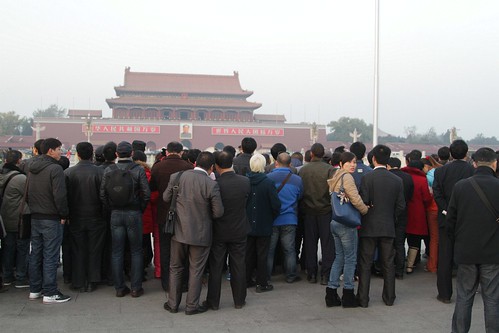 Around the central flagpole. 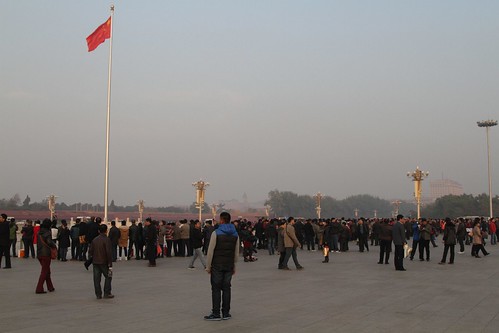 Out came the mobile phone cameras. 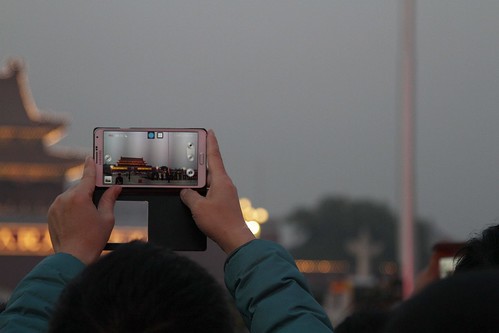 A sea of LCD screens. 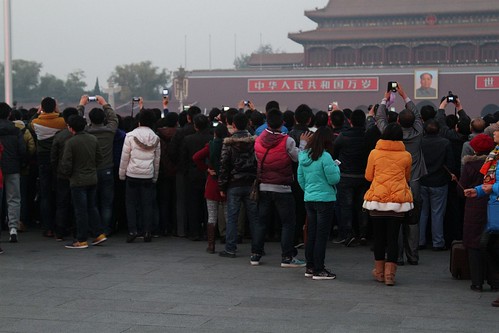 As the soldiers took their positions. 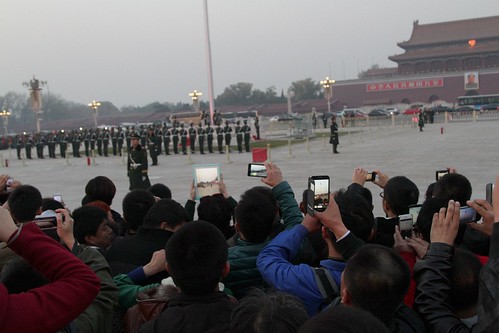 To lower the flag. 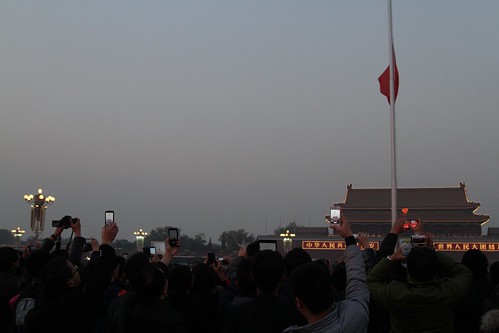 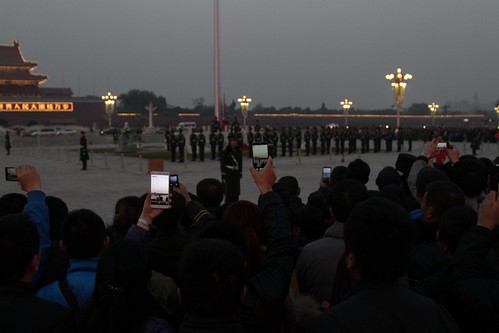 The soldiers then marched off again. 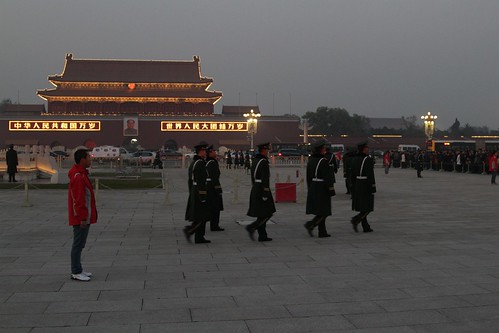 Leaving the tourists to mill around. 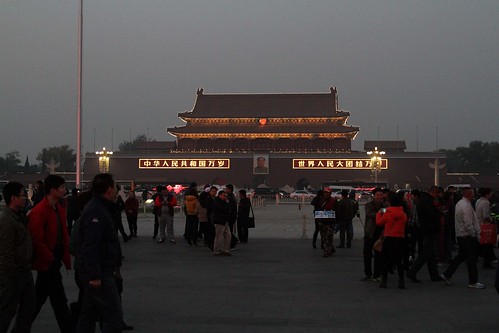 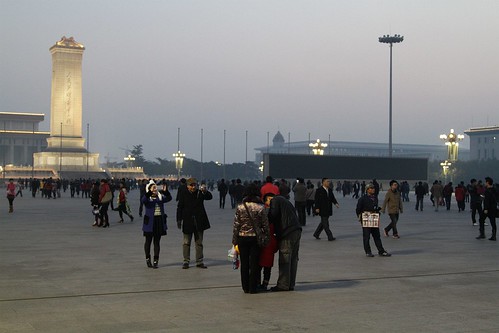 But then out of nowhere appear police vans. 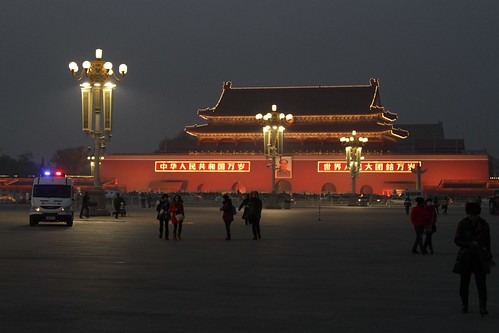 Shepherding the crowds out of the square. 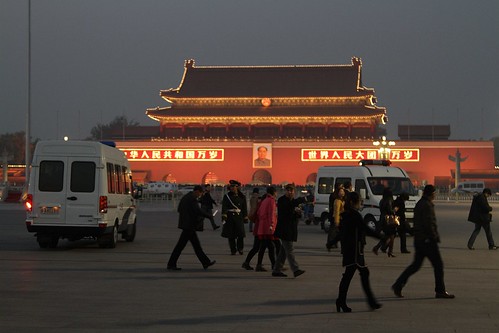 Most took the hint, but a a few stragglers were left behind. 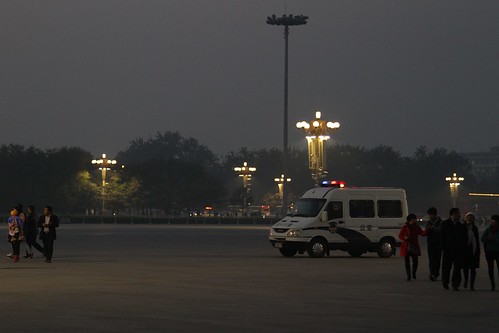 As the cleaners started work. 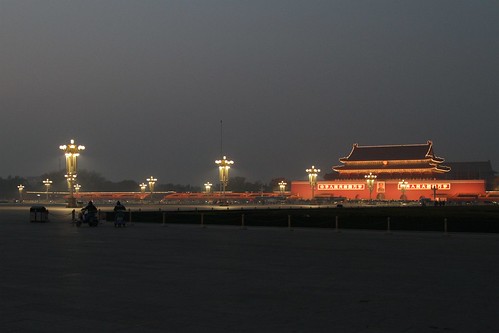 I then got chased out as well. 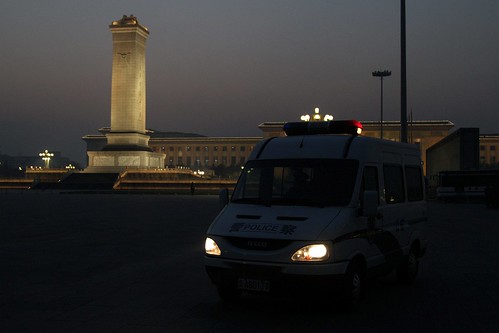 Out of Tiananmen Square, and back onto the street. 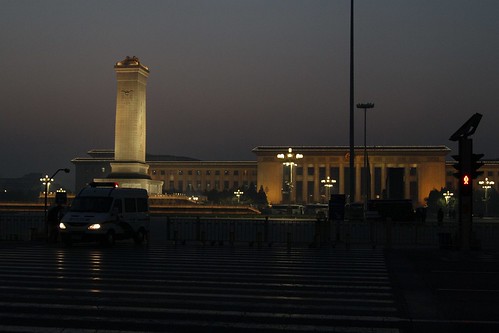 Where I found the soldiers marching back to their barracks. 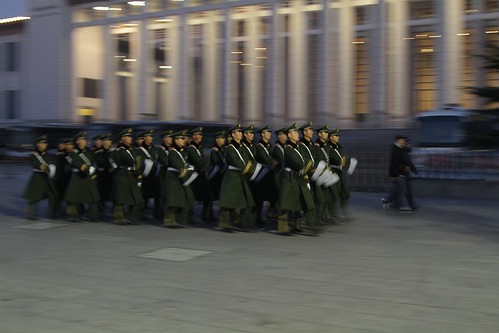 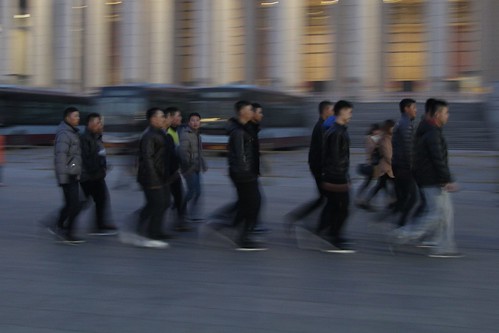 Leaving the square locked up until sunrise the next day. 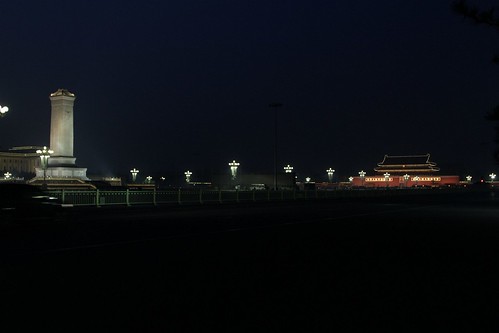 So what time does Tiananmen Square close?

For some reason many website quote “10 pm” as the closing time – but that didn’t match my experience at Tiananmen Square.

However visitor in 2009 had the similar experience as me.

Saw the lowering of the national flag, lots of soldiers looking official. Within minutes of the flag coming down, police directed people off the square with angry yells and gestures. I would not like to get these guys pissed off! Smiled at one of the police, he did not smile back!

After the flag-lowering ceremony, the police will politely ask members of the crowd to stop lingering.

As does this Canadian journalist.

The police presence (both uniformed and plain clothes) is immense.

This force leaps into action immediately following the flag ceremony, as the Square is systematically evacuated. Police cars, trucks and armoured vehicles come out of nowhere and corral the thousands of onlookers out of the Square in a matter of minutes.

This is a practised and efficient drill. We watch in amazement as we, along with the rest of the crowd, are herded towards the several exit points leaving the Square.

While someone on Tripadvisor says don’t even bother with the flag lowering ceremony.

Some people actually spend hours waiting for it. But there’s really nothing much, all done in silence. An anti-climax. And immediately after the ceremony, the security will clear everyone out from the square. That’s the time when the lights come on at the Forbidden Palace across the road, which presents a great photo opportunity.

And finally – an answer

I eventually found the closing time thanks to the People’s Government of Beijing Municipality – Tiananmen Management Committee – on a Chinese-language only webpage.

Reply: Hello, the daily opening hours of Tiananmen Square are about one hour before the flag is raised and the end of the flag is lowered.

As well as the possible source of the “10 pm” closing time – that’s when the lights get switched off.

Question: What time does the night lighting time of Tiananmen Gate Tower end?

Response: According to the “Notice on Printing and Distributing Beijing Night View Lighting Management Measures” of the General Office of the Beijing Municipal People’s Government:

The turn-on time is uniformly turned on with the road lighting.

So closing time at Tiananmen Square is sunset, and don’t even try to hang around! 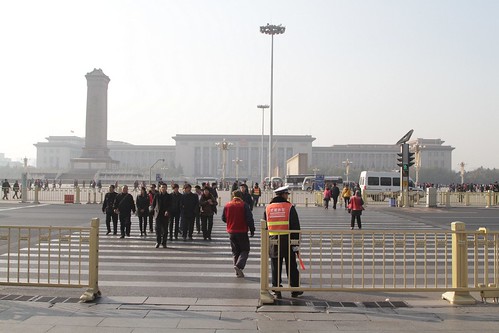 Bags and ID get checked at the gatehouse before entering the square. 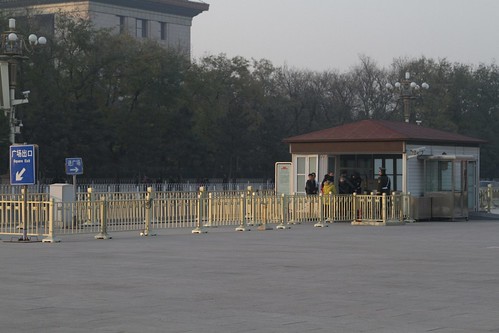 With long lines in peak times. 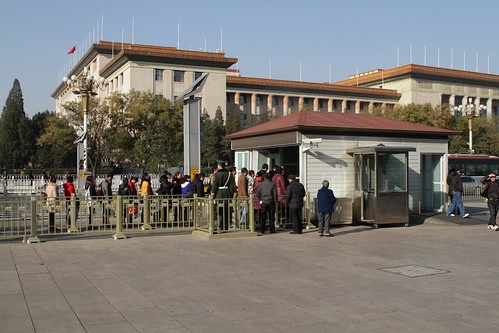 And once inside, police are everywhere. 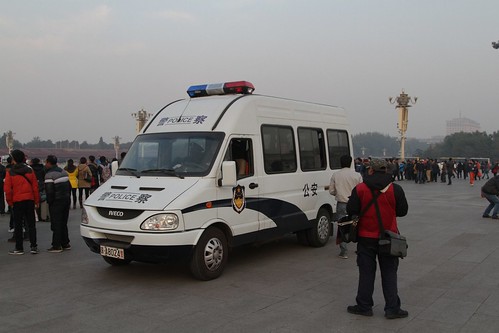 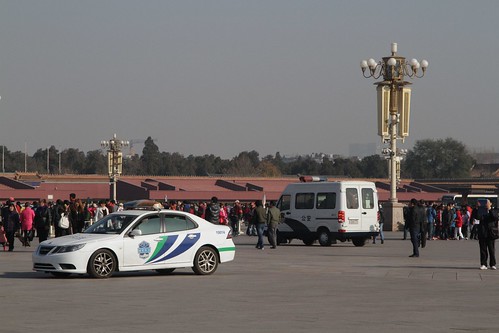 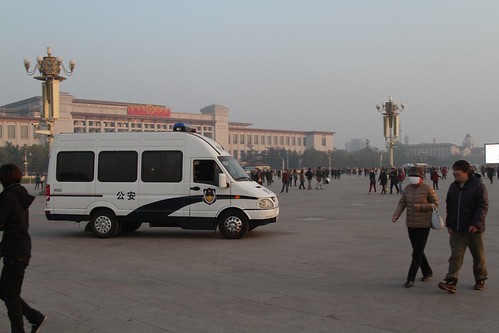 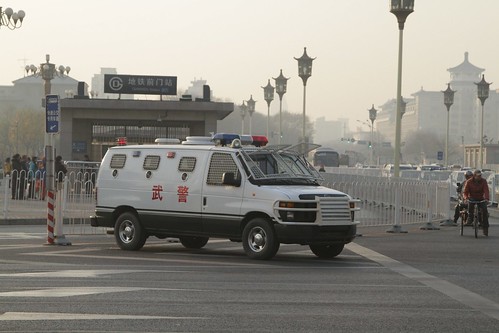 One thing you won’t see at Tiananmen Square is advertising, including on passing buses. 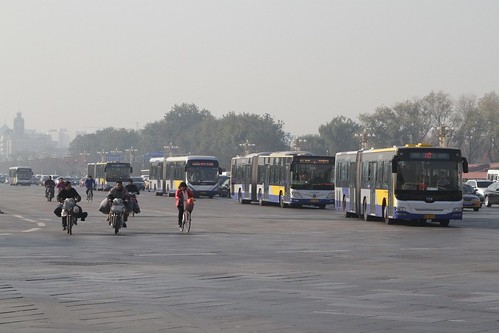 The reason – Beijing Municipality’s Measures for the Administration of the Installation of Outdoor Advertisements.

It is forbidden to install outdoor advertising facilities on the Tiananmen Square area and within 100 meters on the east and west sides of the square.