Playing ‘where’s the car’ on the streets of Hong Kong

I recently saw a car advertisement where the first thing I noticed wasn’t the car, but the backdrop. I swear it was somewhere in Hong Kong, but I couldn’t quite pick the location. So where could it be? 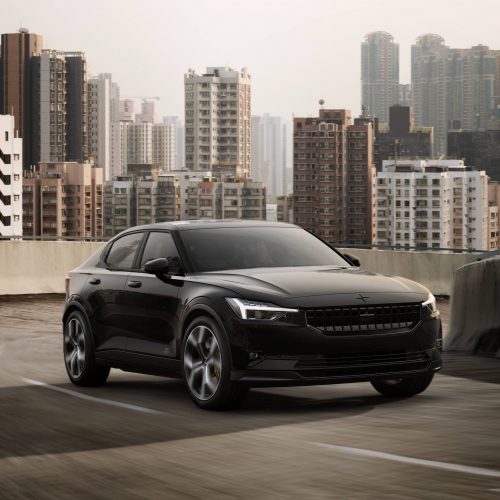 I initially got Kennedy Town vibes. 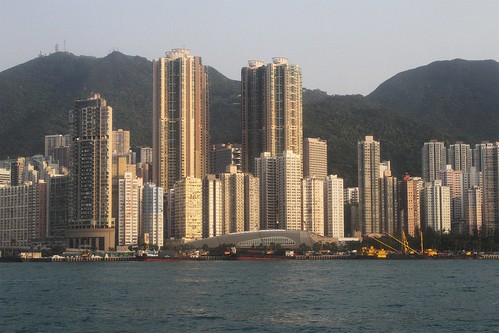 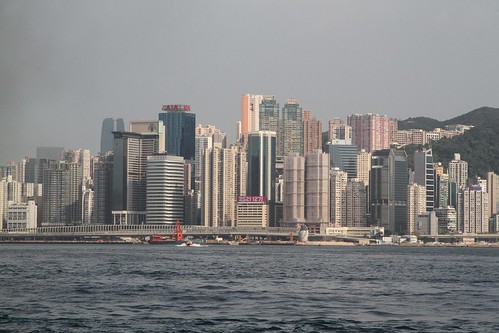 Definitely somewhere residential, with twisting roads up the hillsides looking down on a mix of residential towers, and not a New Town down at sea level.

The foothills of Kowloon around Wong Tai Sin was my other guess. 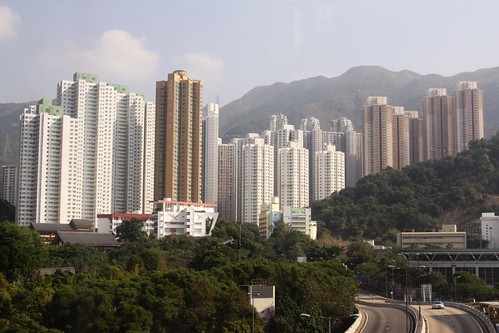 But after scanning around Google Earth for some time, I couldn’t find anything that matched.

These tall buildings looked rather distinctive. 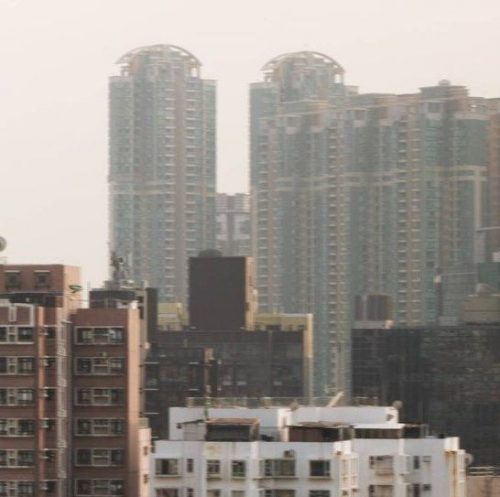 So I headed over to Wikipedia’s list of tallest buildings in Hong Kong. 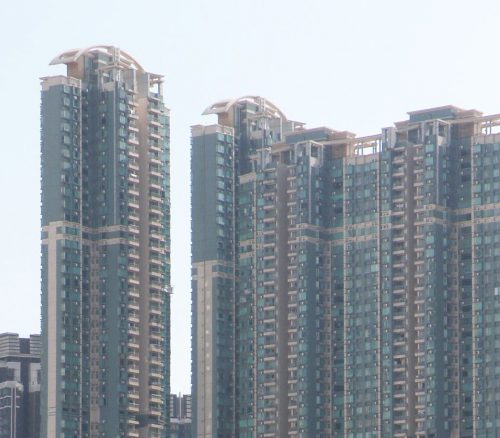 I headed back onto Google Earth, and discovered Lai Chi Kok was right where Google’s 3D scanned buildings cut out. 😂 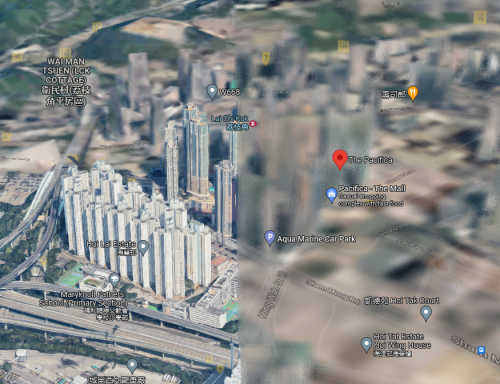 But the problem was actually at my end – turns out Google does cover it, but bad internet meant the page didn’t load the first time around. 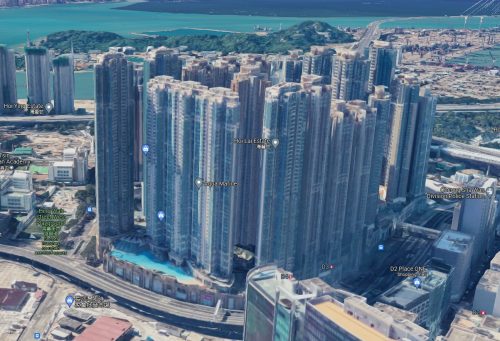 Once I’d orientated the buildings in Google Earth to match the photo, I followed the terrain backwards until I noticed this loopy road hanging off the side of a hill. 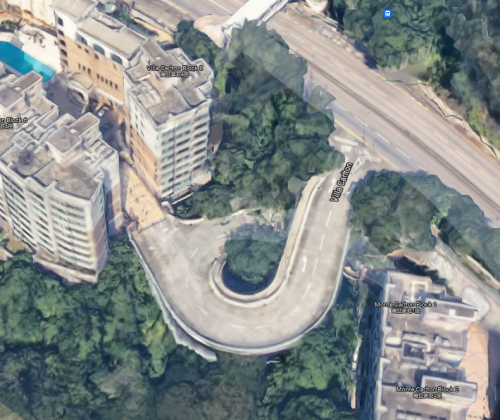 Switching to Google Street View, I found it was a driveway leading to the ‘Villa Carlton’ development at 363 Tai Po Road, Cheung Sha Wan. 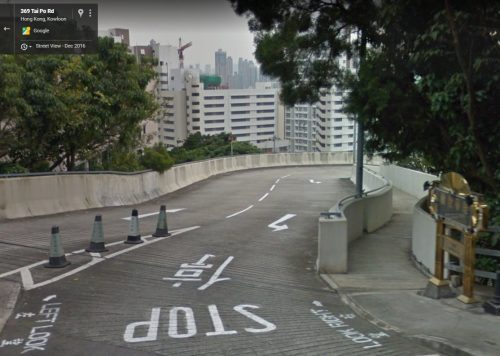 There’s another photo of this loop ramp over at the Gwulo website. 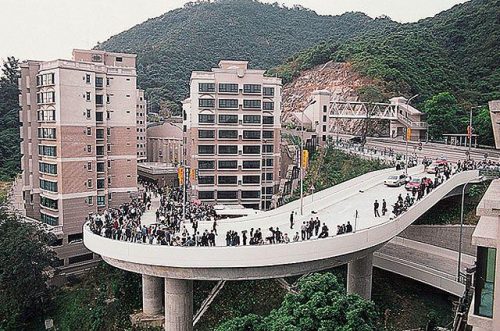 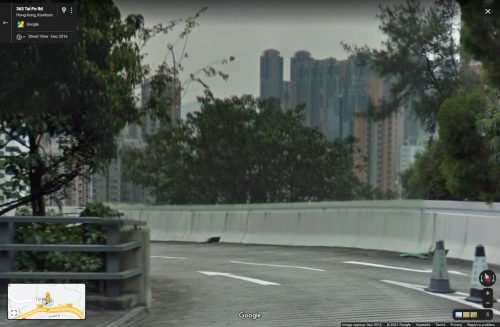 But it looks like the same spot to me.

Especially in the extra angles I found from the same photo shoot. 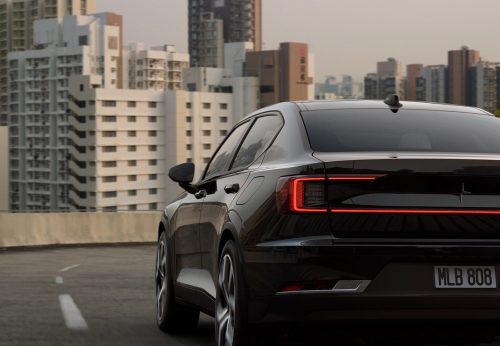 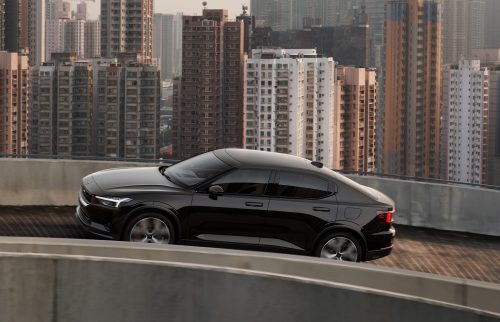 I looks like the marketing team for the Polestar 2 electric car spent some time in Hong Kong. 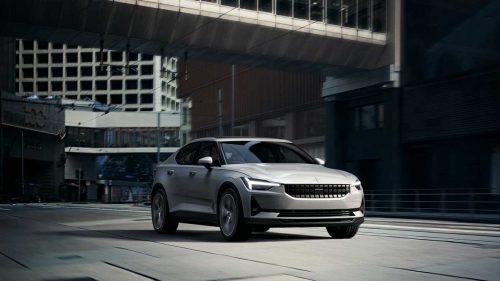 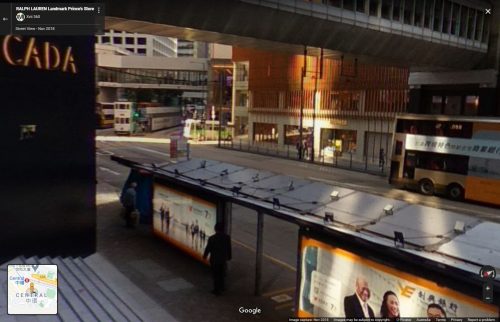 This very familiar elevated road that I’m unable to pinpoint. 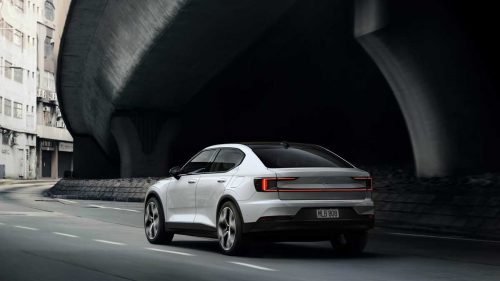 And this ‘generic’ freeway shot that just screams Hong Kong. 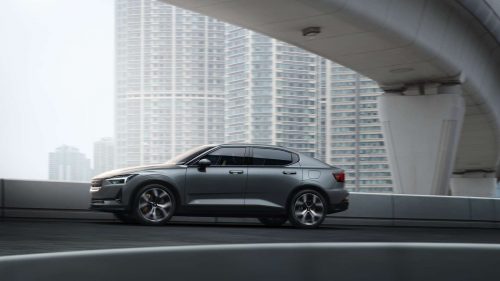 Any takers for finding the location of the last two photos? 😉

This entry was posted in Everyday Life and tagged advertising, Cheung Sha Wan, Hong Kong, Kowloon, mystery, on the road. Bookmark the permalink.