Unlike my previous visit to Hong Kong when I was searching for cow milk, this time around I was on the hunt for soy milk. 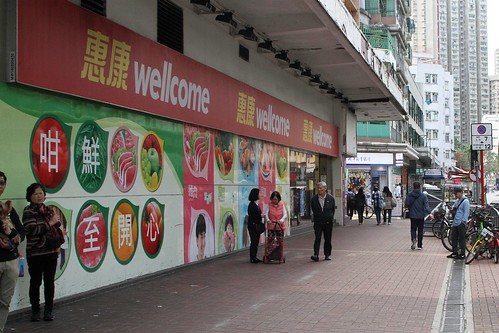 At a nearby supermarket I found a wide selection. 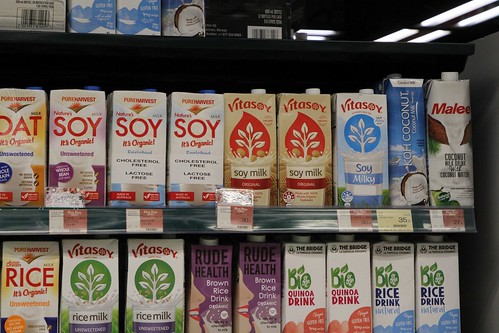 From around the world. 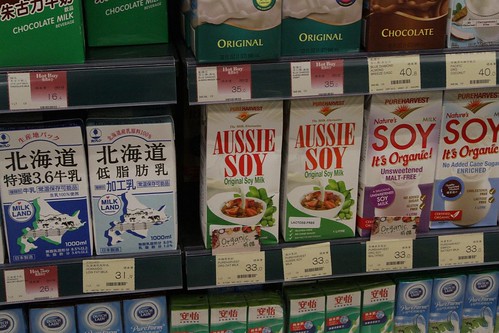 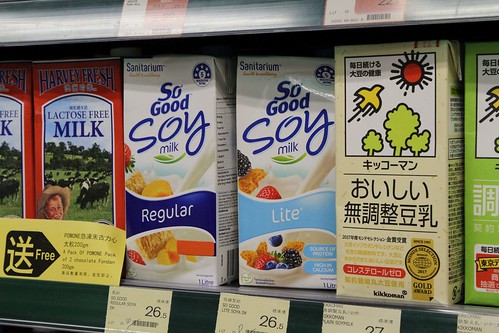 The packaging on these Australian made PureHarvest soy milks needed to be updated for the local market. 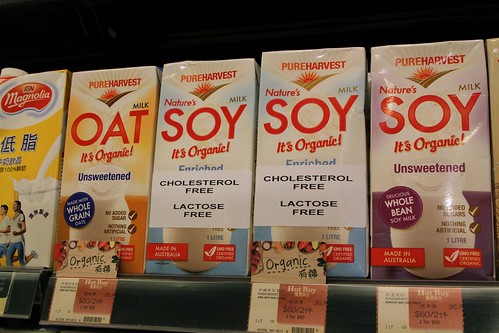 This carton having a promotional claim blacked out. 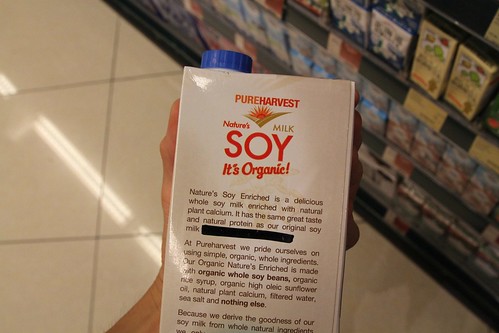 But the strangest soy milk I found was a carton of Vitasoy ‘Soy Milky’. 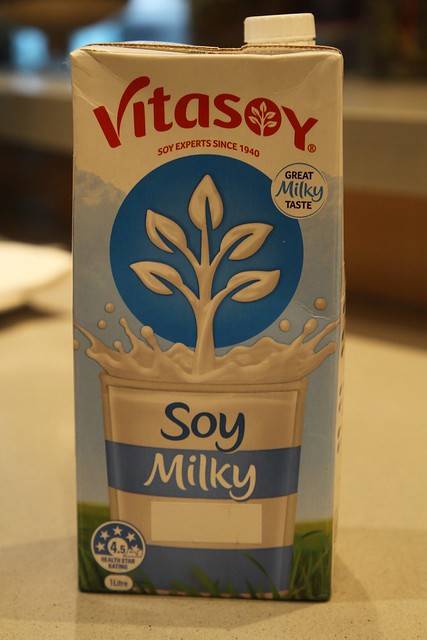 It’s manufactured by Vitasoy’s subsidiary in Australia, then imported back into Hong Kong by the parent company. 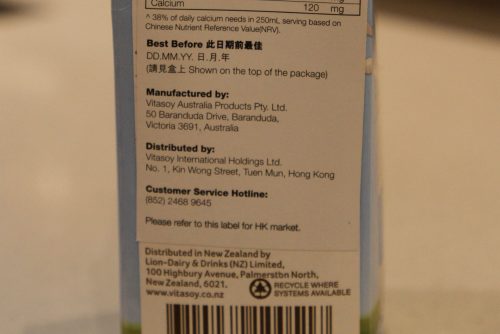 But with one claim on the carton covered up:

The food contains at least 25% less fat than in the same quantity of reference food.

While Hong Kong standards are much the same.

i. The comparison must be on energy or those nutrients specified in Schedule 8 of the Amendment Regulation for different versions of the same or similar foods and is based on the same quantity of food;
ii. The description of the food being compared and the amount of difference (absolute value or as a percentage or a fraction) must be stated in close proximity to the nutrient comparative claims; and
iii. The comparison must meet the conditions below –

So why did Vitasoy bother covering up the ‘Lite’ claim in Hong Kong? I’ve got no idea!