Ghost platforms on the Beijing Subway at Dongsishitiao

During my time wandering around the Beijing Subway I found a variety of stations to exploring, but the one that had me asking questions was at Dongsishitiao on Line 2. 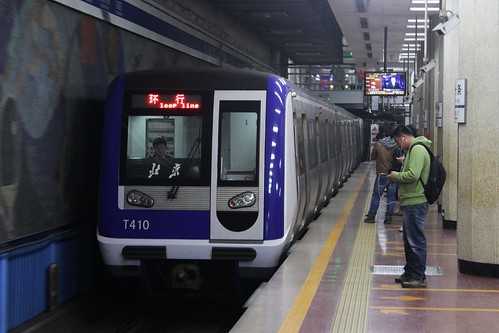 Going for a wander

Opened in 1984, Dongsishitiao looks much like any other station build during the early phase of subway construction in Beijing. 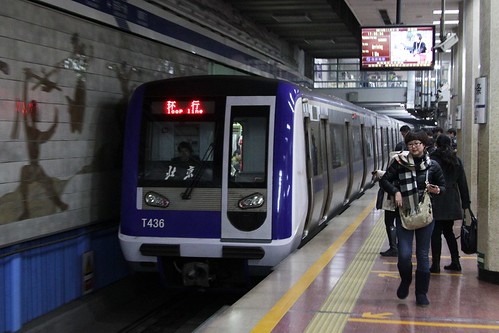 With an island platform. 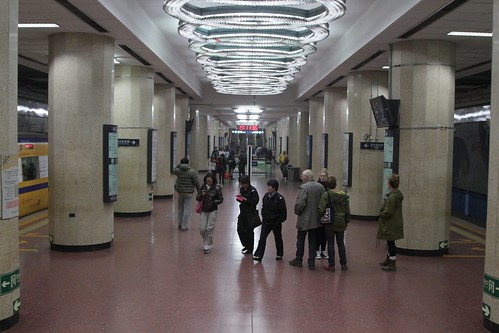 Mosaic murals on the walls. 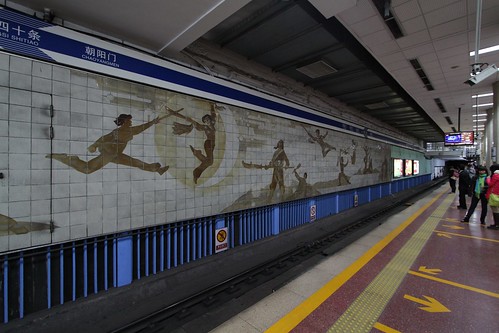 Stairs at the end of the platform. 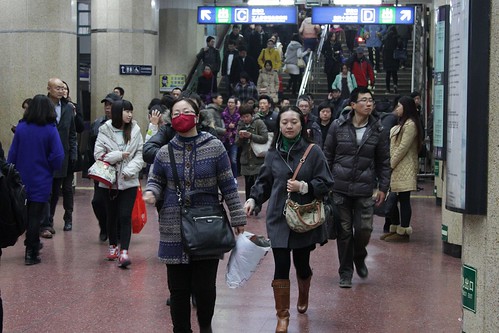 Connecting to an overhead bridge. 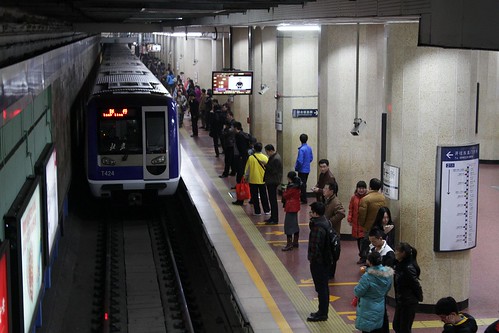 But in the middle of the platform was something off – a set of locked up stairs. 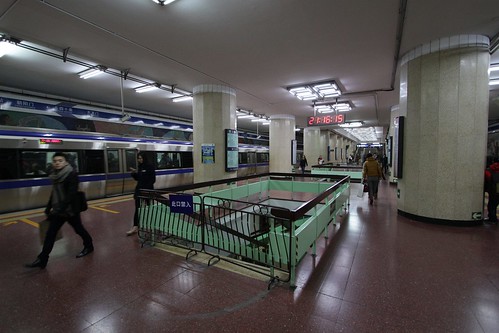 Leading down into a basement. 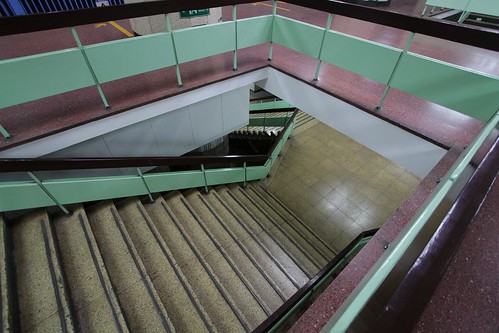 So where did they lead?

When I got home, Wikipedia gave me the answer – it’s a whole other platform! 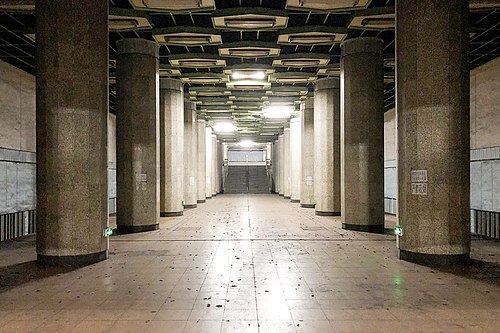 Which has lay idle for years.

Although cleaners come to clean from time to time, a layer of dust has accumulated on the platform, especially at both ends of the platform, and there are slogans such as “Eliminate the Four Harms” left over from the early days on the walls. There are only simple movable railings at the entrance and no guards, so sometimes curious passengers enter this platform.

Idle so long that it no longer meets current standards.

The construction of Beijing Subway Line 3 is a saga in itself.

In 1973, the Beijing subway plan was expanded from “one ring and two lines” to eight lines.

At this time, the northwest section of Line 3 was similar to the original Phase III project, but it did not stop at Xizhimen, but went all the way east through Dongsishitiao and turned towards the Capital Airport. According to the plan, the Xiyi section of Line 3 and the section from Gongti to Jiuxianqiao will be constructed between 1976 and 1980, and the Xizhimen to Gongti section will be constructed between 1980 and 1985.

But no matter which section it was, it could not be constructed as scheduled. At that time, the second phase of the subway project had not yet been completed, and the planning of Line 3 had also undergone adjustments. For example, in 1983, the west end of Line 3 was extended to Xiangshan; in 1993, the northeast section of Line 3 was added to Wangjing. “The scale of the city is getting bigger and bigger, and the changes of Line 3 also took into account the needs of development at that time.” Wan Xuehong said.

After several balances, Line 3 was formally shelved during the last round of construction plans, and it did not appear in the 2007 version of the recent plan. It was not until the 2015 version of the Beijing subway plan that Line 3 reappeared.

But Line 3 will eventually open in 2023, almost 40 years after the station for Line 2 opened.

And reserved platforms elsewhere on Line 2

The construction of Beijing Metro Line 2 Phase II saw six out of the 12 new stations provided with reserved platforms for interchange with future lines.

And the sixth one – Dongsishitiao.