I knew Macau had a long history of land reclamation, which reached a peak when the islands of Taipa and Coloane were joined together to form the single island of Cotai. But the part of Macau I recently discovered is even stranger – the University of Macau campus located on land excised from Mainland China. 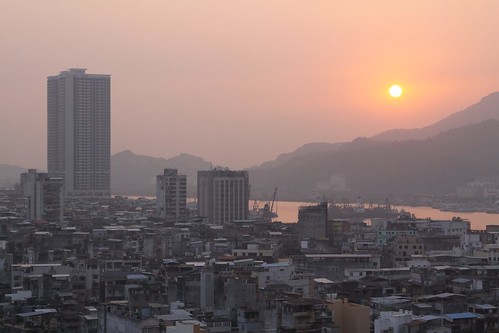 The University of Macau is located on a 1.09km2 piece of Hengqin Island in Guangdong Province, under a 40 year lease by the People’s Republic of China to the Macau SAR government.

On 20 December 2009 then-Chinese President and General Secretary of the Communist Party Hu Jintao officiated at the groundbreaking ceremony for the new campus, following a decision by the Standing Committee of the National People’s Congress of China to authorise the Macau SAR government to exercise jurisdiction over the new UM campus.

In early 2013 the Macau Legislative Assembly passed Law 3/2013 providing for the application of Macau law in the campus effective on opening day, and on 5 November 2013 then Vice-Premier of the State Council Wang Yang officiated at the new campus inauguration ceremony. Classes started at the new campus for the 2014/2015 academic year.

An exclave in Mainland China

The campus is located across the water from Macau. 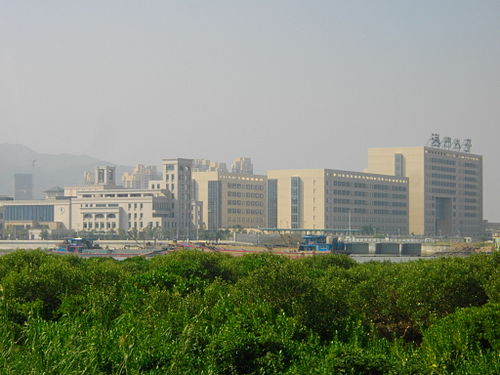 The teal area marked on this map.

A tall concrete wall prevents access to the rest of the Mainland China.

No way out by land.

And no way back in.

So the Public Security Police Force of Macau established their own police station on the campus.

As did the Macau Fire Services Bureau with their own fire station.

Designed to fit in with the rest of the campus.

But to remove the need for students to cross the border into China and back twice a day, the decision was made to construct a direct route into Macau – a 1,570 metre long underwater tunnel.

Going for a drive

And towards the portal.

A few skylights ease the transition into the darkness of the tunnel.

Until your eyes adjust to the light.

The tunnel then curves to the right towards Hengqin Island.

Continuing downhill to pass under the water.

Back uphill, then a left turn.

Finally, the light at the end of the tunnel.

We see another set of skylights.

And now on Mainland China soil, but driving on the left hand side of the road.

The underwater tunnel to the University of Macau also includes a separate pedestrian walkway.

With stairs and an escalator at each end instead of a long vehicle ramp, the pedestrian tunnel is only 500 metres long. 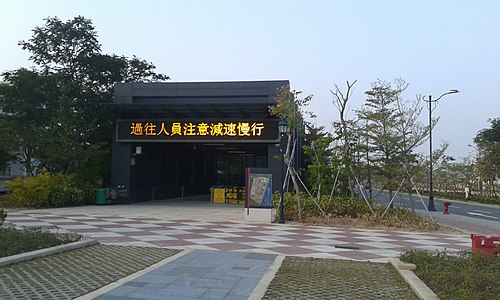 Photo by Doraemon.tvb, via Wikimedia Commons

The only downside – the portal on the Macau side is in the middle of absolutely nowhere.

So taking a ride on the bus is a more popular option.

Photo by Enviro2800, via Wikimedia Commons

As you might suspect for a land border between Mainland China and anywhere else, as soon as the new University of Macau campus was handed over, attempts were made to jump the fence to reach Macau’s jurisdiction. 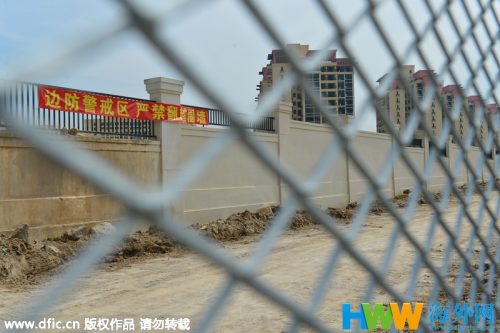 So banners reading “It is strictly forbidden to climb over the fence of the University of Macau, violators will be subject to administrative punishment” were hung on the fence, and troops from the Guangdong Provincial Frontier Defense Corp were sent to patrol the mainland side of the border. 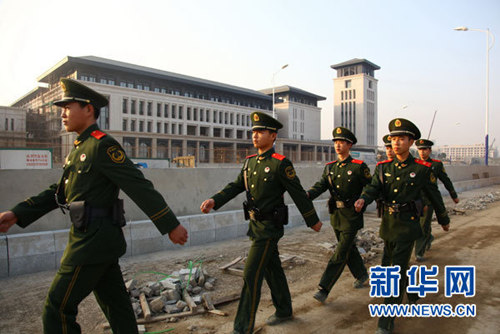 But still the attempts at sneaking in the fence continued, until the steel security fence on the mainland side was upgraded. 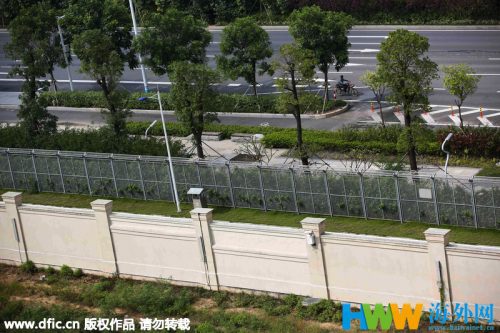 And security guards posted on the university side of the fence. 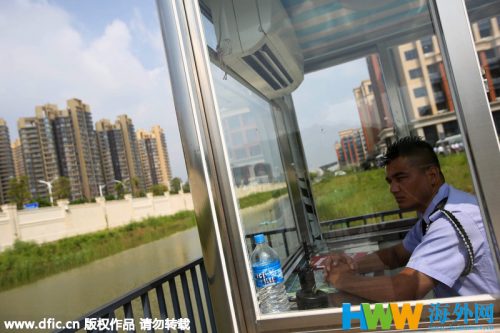 Leading to a reduction in smuggling cases from 51 to just six by August 2015.

Before it was even completed, the tunnel to the University of Macau ran into trouble.

Witnesses working at the site told the media that six night-shift workers were operating at the Hengqin entrance of the tunnel, with four on the surface and two inside the tunnel. Workers on the surface reported hearing strange noises coming from the site and felt abnormal ground movements. They immediately informed tunnel workers through a wireless communication system to evacuate. The ground surrounding the tunnel entrance then collapsed, burying five pieces of heavy machinery inside the tunnel. Nobody was injured in the incident.

And the troubles didn’t finish after it opened – the tunnel started leaking!

An issue not addressed until 2020, when the tunnel was closed in stages so that repair works could be completed.

Don’t bother trying to look at the University of Macau campus on Google Maps – the streets are all wonky and don’t line up with the aerial imagery.

The reason for this the Chinese Government – for national security reasons every map of China must be intentionally distorted.

My suggestion – take a look via Baidu Maps instead.