Building Telford Gardens atop the MTR depot at Kowloon Bay

This is the story of the MTR Kowloon Bay Depot: the main maintenance facility for the Mass Transit Railway system, main stabling yard for the Kwun Tong line, head office of the MTR Corporation, and basement level of the ‘Telford Plaza’ shopping centre and ‘Telford Gardens’ housing estate. 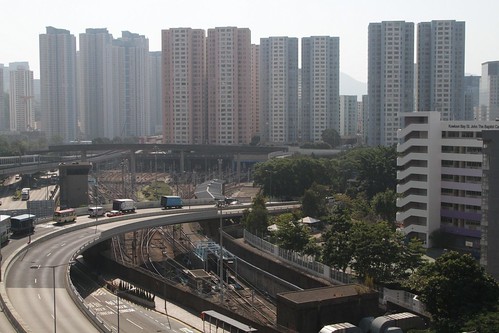 We start in the 1970s, as planning for the MTR ‘Modified Initial System‘ commenced. 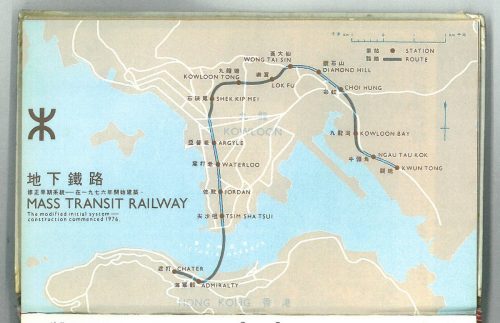 A large piece of open space was needed for the depot to service the new railway – with the only candidate being on the shores of Kowloon Bay, next to the runway of Kai Tak Airport, on a piece of land reclaimed between 1969 and 1974. 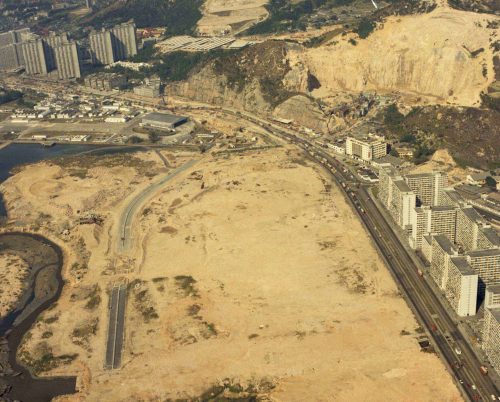 The fledgling Mass Transit Railway Corporation was handed the land at Kowloon Bay by the Hong Kong Government in 1975, with the proceeds of property development helping to fund the rest of the initial MTR system.

The ‘Telford Gardens’ property development that would sit on top consisted of 4,992 apartments across 41 towers. 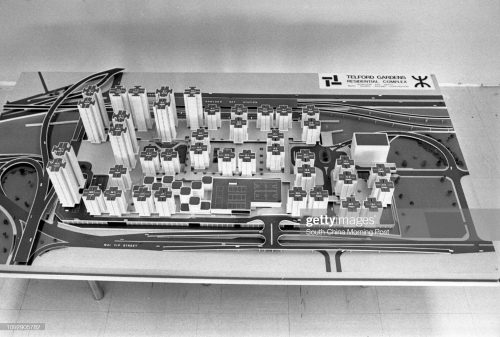 By June 1978 the elevated station and tracks at Kowloon Bay were almost completed, as was the concrete deck over future depot. 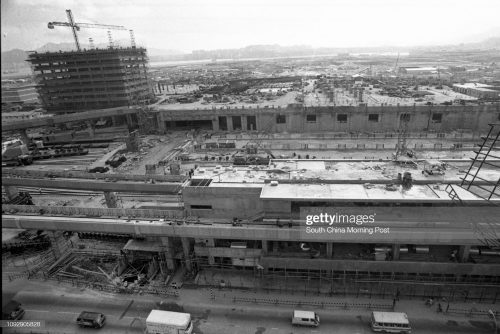 With trial trains using the tracks from September 1978. 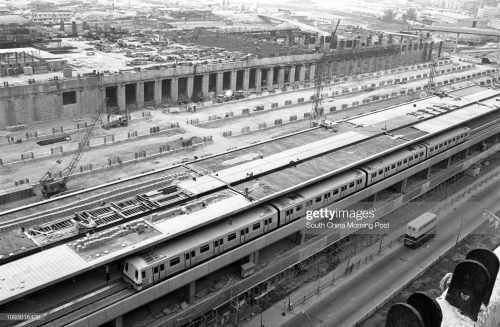 By 1979 the new MTR head office was completed, and work was well underway on the first of the apartment towers. 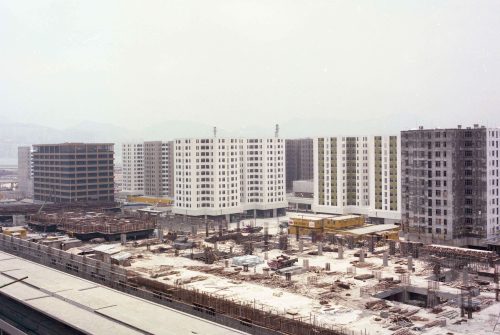 By 1981 the south-west side of the Telford Gardens development had been completed. 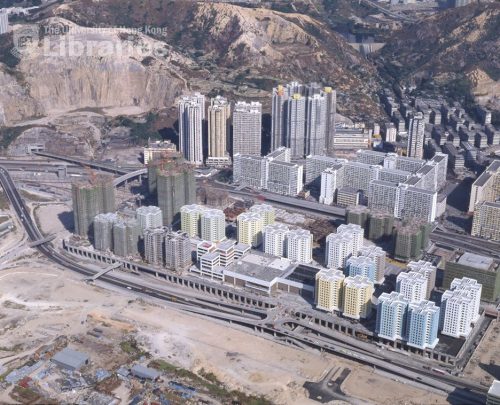 And by 1983 the 41 residential blocks making up the topside development was complete. 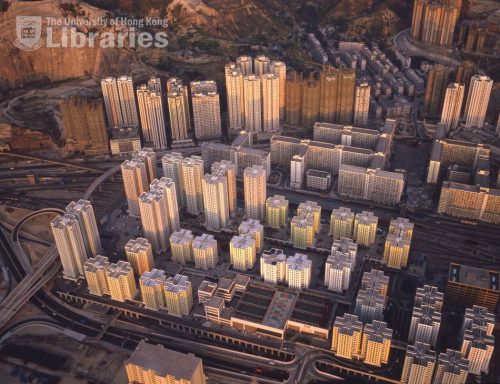 This property development model was also applied elsewhere in Hong Kong, as a way to fund the expansion of the MTR network.